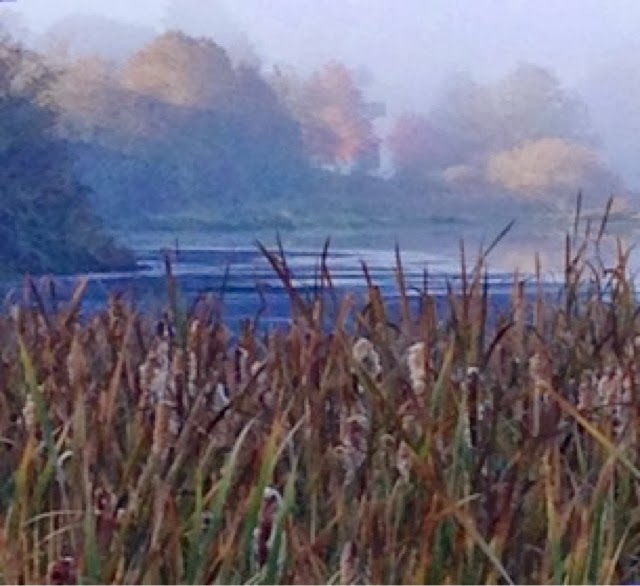 I took this photo this morning on my walk. It was very foggy this morning and this was taken at the end of the walk, just as the fog was beginning to  burn off. The scene looked like a pastel or a dreamy oil painting. I used to carry my camera. Now I use the camera on my phone, which is really quite good.
I often use my photos as reference for my artwork. The digital camera and computer and photo editing software have made this a snap. And because it is so easy to do I think some artists rely on a photograph to the detriment of their creativity. What I mean is that the work ends up looking so much like a photo that none of the artist's personality or voice shines through. I have  done this myself and the results are not very satisfying. Lately I tend more toward using the photo to make a simplified sketch, then I work from the sketch and put the photo away. This seems to free me to make the kind of artistic choices with the colors and composition more easily than I did when the photo was in front of me.

The proliferation of photos on the Internet is also a huge boon to making representational art. If I decide I need to add a chicken to a scene I can easily Google "chickens" and know what a chicken looks like, as I did a while back. Nice not to have to go track down a chicken and take its picture!  The danger of working with photos from the Internet, however, is that those photos are someone else's intellectual property. My chicken was an amalgam of a number of different photos, using what I could ascertain from those photos about a chicken's form and posture and coloring. And why would I not simply just find a photo of  the chicken I liked and copy it outright? First, I would likely be violating the photographer's copyright, and second, it is just part of how I like to know that my work is wholly my own. It is perfectly legal and acceptable to use photos for which one has gotten or paid for permission to use, and I certainly don't judge artists that do that, it just isn't anything I want to do. The important point, though, is that permission has been obtained. There have been some important and interesting cases of artists being sued  by photographers for the unauthorized use of their photos. One very interesting case involved the photographer Alberto Korda who never made a penny off his iconic photo of Che Guevara until he successfully sued a vodka company who used it in an ad. In a more recent case, the artist, Shepard Fairey, designer of the emblematic Obama "Hope" poster was successfully sued by the photographer of the image Fairey used without permission.

When I decided to create a portrait of Frida Kahlo for one of my Twelve by Twelve quilts I collected.a variety of images. 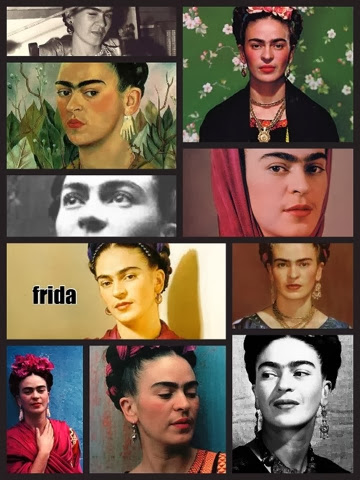 The resulting work uses elements of many of these images, but is not a copy of any one of them. 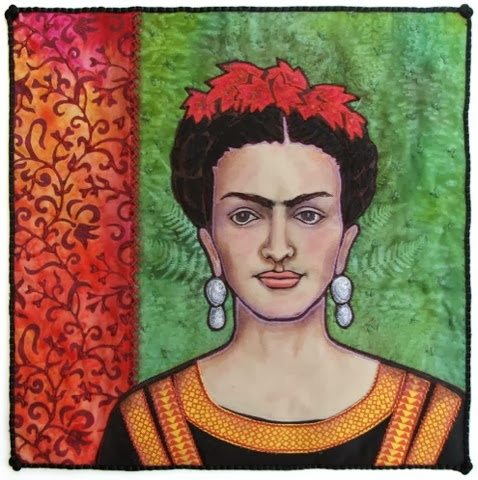