I am falling behind with blog posting. Our access to WIFI is sporadic and we have been doing a lot of posting to Facebook and communicating with family, so the blog tends to fall to the bottom of the list.

In Ibarra we were interested in colonial architexture. Ibarra has been known as the "white city" of Ecuador, for its lime-washed white buildings in the historic district. Many remain white, others have been painted other colors. 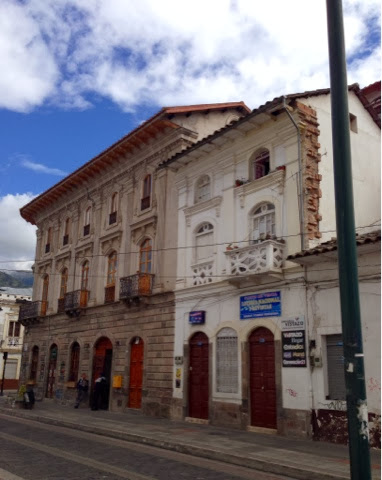 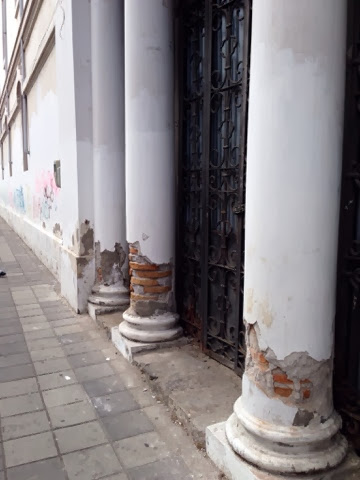 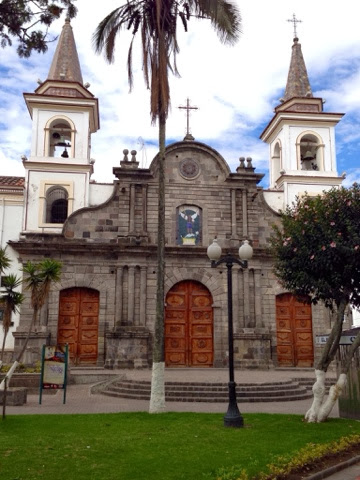 There is such a sense of time and layered history in the old plazas and churches, even including the bits of old paving around the buildings. 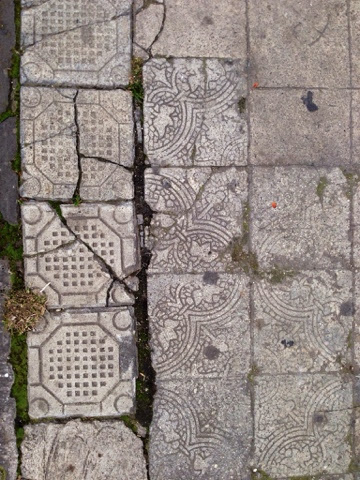 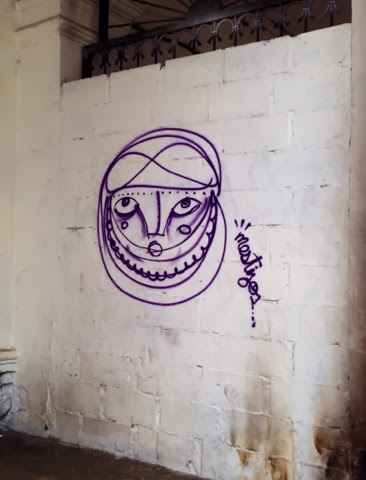 This face with the word "mestizos" appeared numerous times around the city. "Mestizo" is the word for the the majority population of Ecuador—people of mixed European and Indigenous blood. I don't know if this graffiti is simply whimsical or represents something topical or political. I like the image. 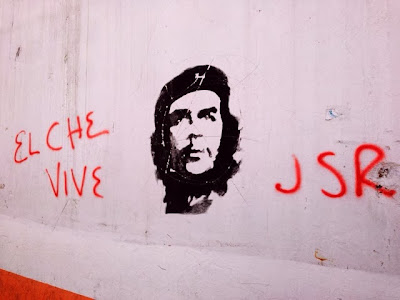 And the ubiquitous Che lives, indeed, in Ecuador.

The other tourist attraction we were told not to miss in Ibarra was the ice cream that is famous there. It is called Helados de Paila and contains fresh fruit purée, cream and egg whites. It is made, by hand, on the premises in small batches, beaten in a copper bowl. 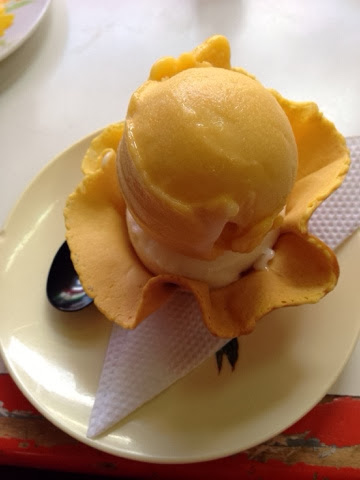 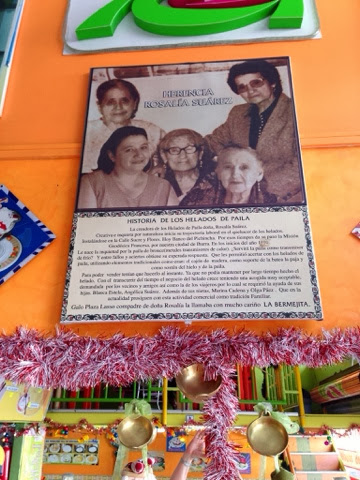 This poster in the ice cream shop tells the history of the famous recipe handed down through a family. And, yes, it was incredibly delicious! 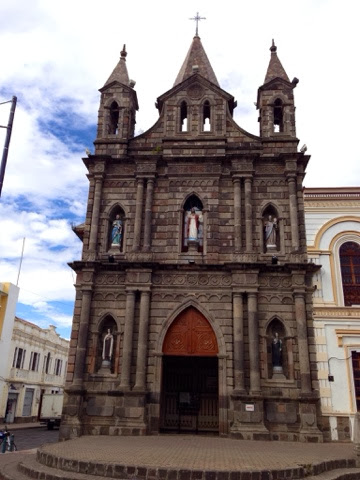 My favorite church in Ibarra.
Posted by Terry Grant at 6:36 AM