A little ahead of myself

I have been hurrying to finish a small quilt that I thought was due on June 1. Turns out it isn't due until July !! Nice feeling to be that far ahead of schedule. This is the piece I just finished for the SAQA auction. 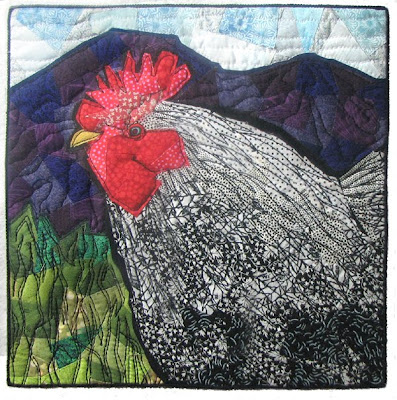 I took this picture last Spring when our STASH group went to the beach and based my design on it. 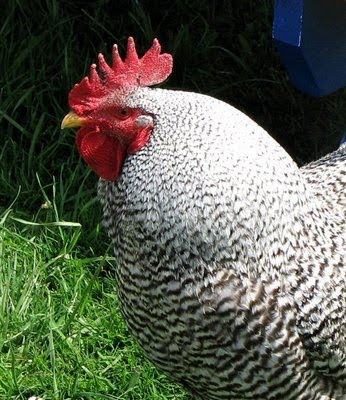 Interestingly, several weeks ago I was reading blogs and came to fellow 12 Diane Perin Hock's photo of the black and white rooster she had just finished. I was so surprised to see it because I had the plan in my mind for my own black and white rooster, using black and white print fabrics. I think I have mentioned before that Diane and I seem to often be working on a similar wavelength! I quickly closed her blog and vowed not to look at her piece again until after I finished my own rooster. I didn't want to be influenced by choices she had made for her rooster. Now that I go back to see hers I don't think they are that similar, but I love hers! Just goes to show that there are only so many ideas in the universe, but two people can interpret the idea in two different ways.
Posted by Terry Grant at 4:11 PM