It's been one of those weeks...

...when you feel like the universe is just messing with you for its own amusement. Nothing tragic, just one dumb thing after another. It started with the microwave, which decided to run the fan and light continuously whenever the door was closed. Ray fiddled and researched it to no avail and finally called about a repair person. Fixing would cost as much as a new one. In the course of unplugging it he knocked a bottle of olive oil onto the tile floor, sending oil and broken glass everywhere. A speeding ticket (Ray) arrived in the mail—the kind they send you with a picture of you in your car, exceeding the speed limit. Not even a flattering photo. The next morning I lost an earring down the bathroom sink drain. Ray recovered it from the trap after pulling all the stuff out from under the sink and taking the pipe apart. We shopped for a new microwave. Of course the model we had was discontinued and the new one will require new mounting hardware and new holes drilled through cupboard walls. I sewed through my finger with my sewing machine. Lots of blood and cursing. It is healing. The wifi quit working in the studio and Ray, who never throws out a manual, can't find the one for the range extender router thingie. Of course tech support isn't available on the weekend, which is always when you need them.

The week ended well with beautiful weather and my grandchildren who spent the night last night. Things were looking up. I planned a craft project for the kids that turned out so well I thought I'd share it. We made a string of little fabric flags for the garden. I traced the triangular shapes on fabric and painted over the cutting lines with diluted acrylic medium to seal the edges, then cut out a pile of then. Some were bright prints and some solids, which the kids decorated with fabric markers. 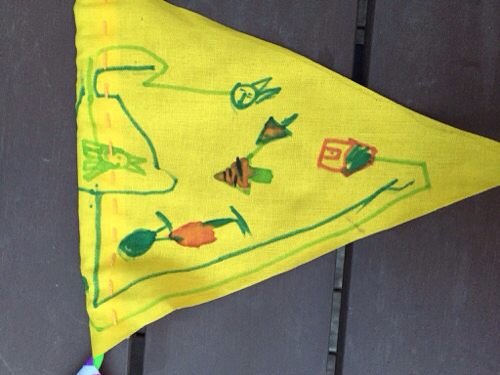 We folded over the top edge and hand-sewed with perle cotton, leaving space to run a cord through later. 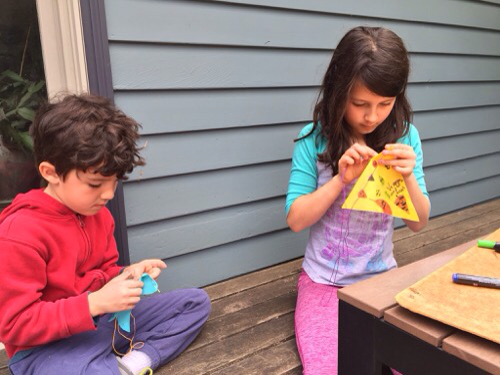 I found a package of what is called parachute cord—nice sturdy nylon—at the fabric store. 16 feet turned out to be just right. We threaded the cord through the flags to make a long string of them. I found that running the end of the cord into a plastic straw made stringing the flags quite easy. I sewed one stitch through the cord and straw, with a piece of the perle cotton, to keep the straw in place. 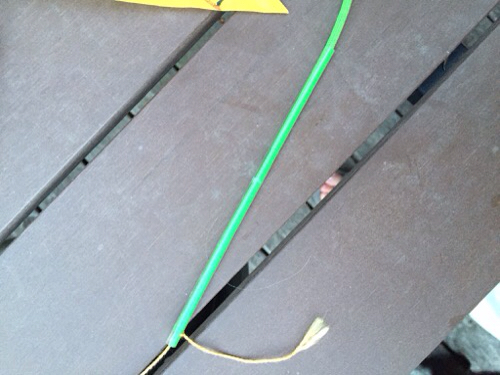 I laid it out on the ground and sprayed the flags with clear acrylic to make them at least somewhat water-resistant. 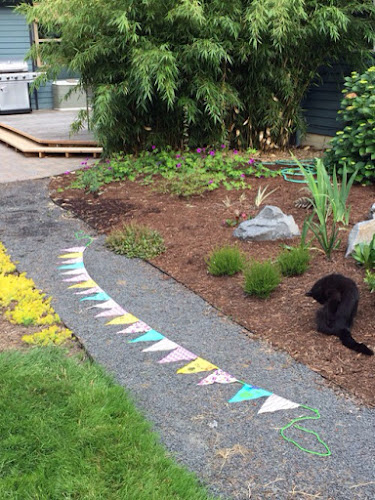 This morning Ray cut a couple long bamboo sticks for the flags. Done! 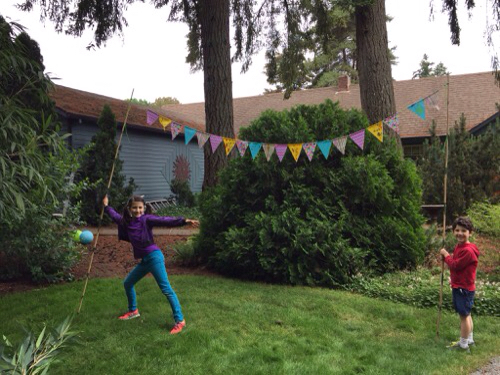 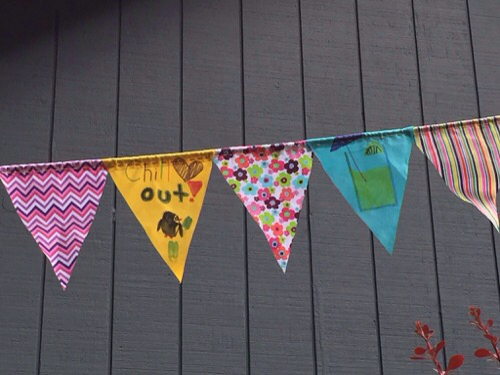 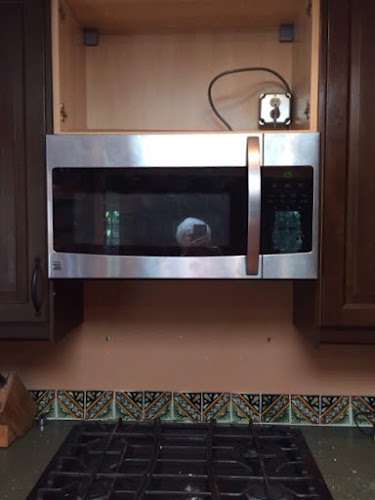 The kids went home with their string of flags and poles and Andy and Ray just fitted the new microwave into the re-jiggered space. Now we are almost ready for a new week. I wonder what is in store for us this week...

Posted with Blogsy
Posted by Terry Grant at 1:50 PM