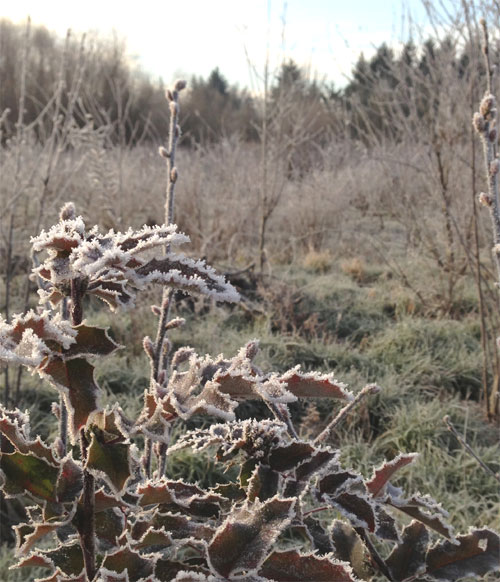 Our world has been covered in frost. Frost is something we don't get here in Portland too often, but it has been so cold and dry this past week that our compensation has been this beautiful, mysterious frost. Above, Oregon Grape seen on our walk this morning. Below, pine needles all frosty and beautiful. 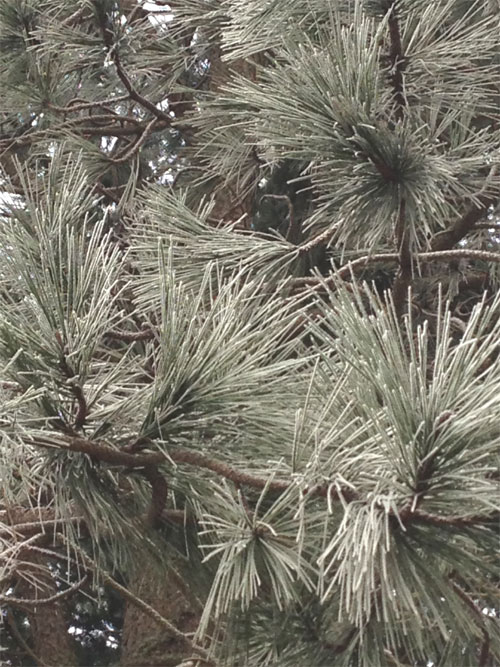 It is so beautiful I began to wonder if anyone had been inspired to make art based on frost. I googled "frost art" and, duh, I found art made by people by the name of Frost. Here is a painting by Phil Frost. 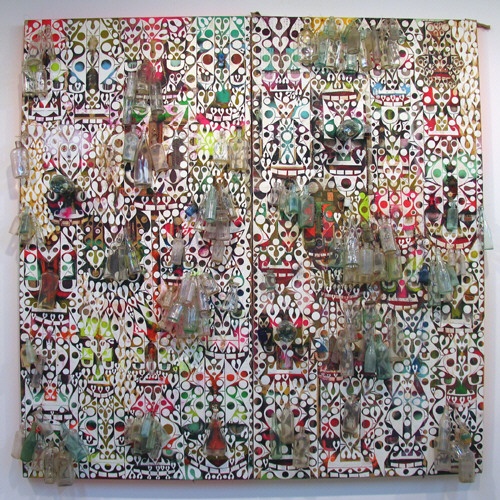 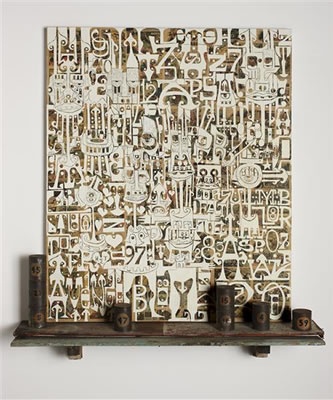 I loved reading that often the white overpainting is done with correction fluid! Besides it being his name, doesn't his work kind of make you think of frost? And that last one made me think of Mark Tobey's "white writing" paintings. Was he thinking about frost, do you think? 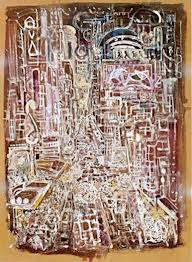 There are things in nature that, in my opinion, are better left unpainted, unstitched, undrawn in a literal way, because they are so ephemeral and unreal in nature that as art they never really work. Sunsets are one—and frost. But to translate the impression, the feeling—that is intriguing. After seeing Phil Frost's paintings (which I really like), and thinking about Mark Tobey, I had to try my hand at something frosty. That's what the collage bin is for. 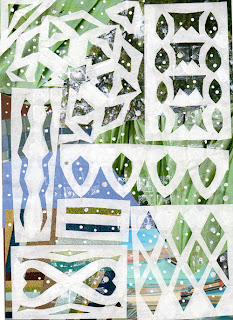 Not so great, but it's an interesting idea. No?
Posted by Terry Grant at 10:23 PM