Day 1 of the remodel

We were ready for the remodeling crew bright and early this morning. I went off to have my teeth cleaned before they arrived. When I got home an hour and a half later they were just about ready to start demo-ing the wall, having set up their tools in the garage, laying canvas drop cloths over all the carpet (gotta keep that bee-utiful pink carpet clean!) and taping up sheets of plastic to keep the construction dust out of the rest of the house. An hour later the wall, the tub, the toilet, the sink and the grody flooring were but a memory. 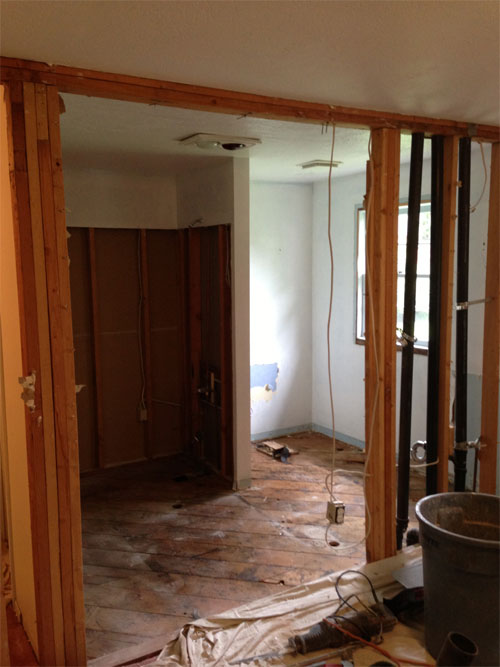 The office was swathed in plastic sheeting to protect all the stuff that had been pushed to the far side of the room. 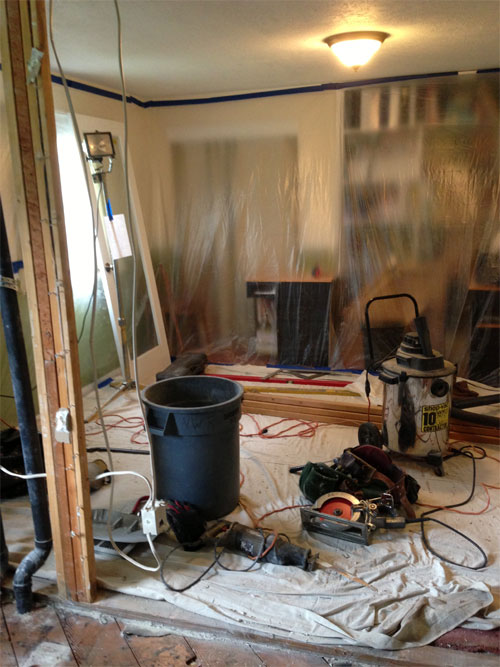 The chair rail had been removed from the office wall that was being shortened, revealing a strip of blue and white wallpaper from an earlier era. No surprise. Every room in this house was blue when we bought it. But this room had a pink wallpaper, with a blue border when we got the house. I always love finding these hidden hints of what was here when previous owners lived here. In our old house, years ago, we restored a ceiling that had been lowered at some point to its original height. When the false ceiling came down we found a wide strip of lovely, very old wallpaper with big white camellias on it hidden above. Ray found a very old magazine pushed up between the rafters in the attic of that same house.

We owned a house in Pocatello early in our marriage that had been designed and built by an architect friend of my father. I had actually been a teenaged babysitter for his children in that house years before. I ran into his wife after we bought the house and she told me that when the house was being built she put baby pictures of her children and a quilt, made by her mother, that she had brought from England, into the walls of the house. As far as I know they are still there. Imagine finding such things many years later. I hope for something like that every time we open up a wall in some house we are reconfiguring. Wallpaper and an old magazine are the most we've ever come across. 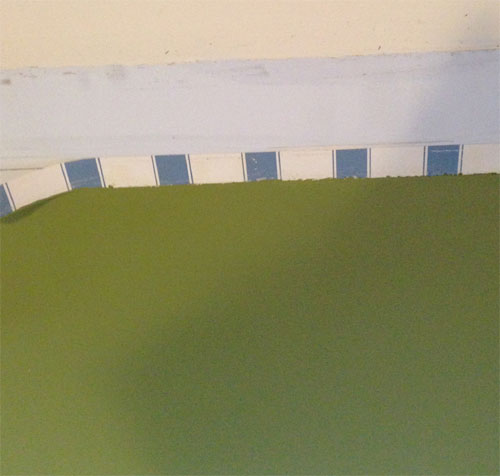 There were three guys here today. Steve, the contractor came and went, bringing supplies and taking things away. Two carpenters worked steadily and cheerfully through the day. Sergei was the friendly one. His companion was quieter, but moved quickly and with intention. Over all the years of construction projects we have overseen in houses we have owned, it has been my observation that carpenters enjoy their work. They are cheerful guys, for the most part. It must be satisfying to see such material evidence of their skill and industriousness.

By the end of this long day (they left about 7 tonight) the old wall was gone completely and the new wall framed in. Tomorrow the electrician comes. 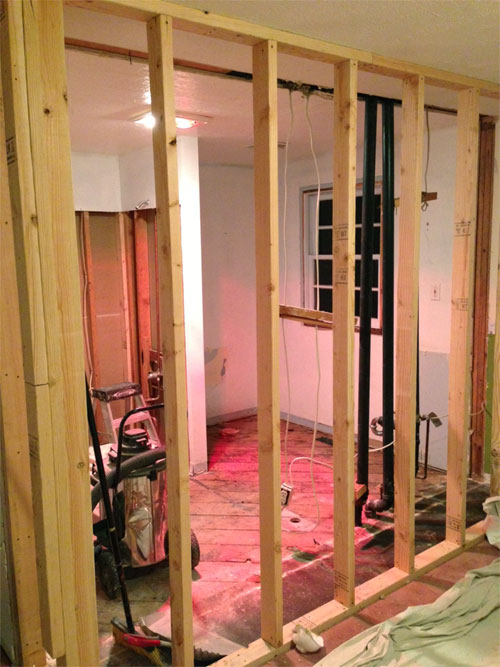 The heat lamp is the only functional light fixture in the bathroom right now, and it turned the scene quite rosy. I can already see the difference that additional 18" will make. Sergei vacuumed before he left and left it all quite tidy. He will be here first thing tomorrow morning to put down the new sub floor.
Posted by Terry Grant at 11:29 PM