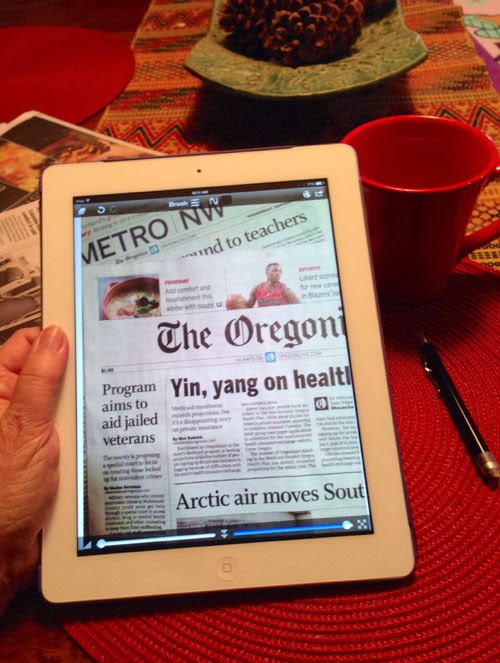 I have never believed that old dogs can't learn new tricks. Lifelong learning is what keeps our brains nimble—at least that's a nice thought. I got a new iPad awhile back and decided I would really love to learn to make art with it. I researched quite a few drawing/painting apps and downloaded several and tried them out. Well. They were really clumsy to use and slow and not at all user friendly in my opinion. I decided that paper and pencil was far superior and to heck with this new-fangled, smarty-pants digital stuff! (Do I sound like an old dog?  "You kids get off my LAWN!!") Anyway, I set the whole idea aside.

A few months went by and I started noticing Pat Gaignat's blog with all her iPad drawings. They are quite wonderful! So I started noticing what it was she was using to make these. The most common app was called Artrage and she was using a New Trent Arcadia stylus. I immediately obtained both and decided it was time to try again. I really liked Artrage. It produces very paint-like results. Here was my first try (after doodling around figuring out what everything did). 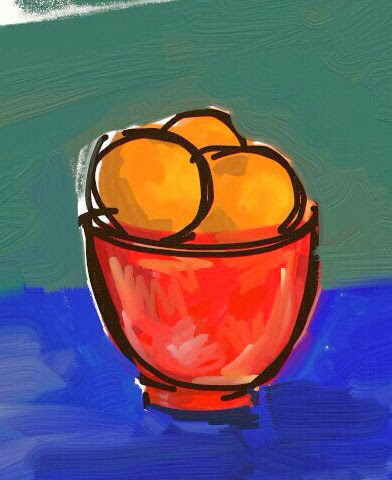 I was pretty pumped by this! You can really see paint texture. Then, because it was Christmas, I tried out some of the other effects and the layers feature on this: 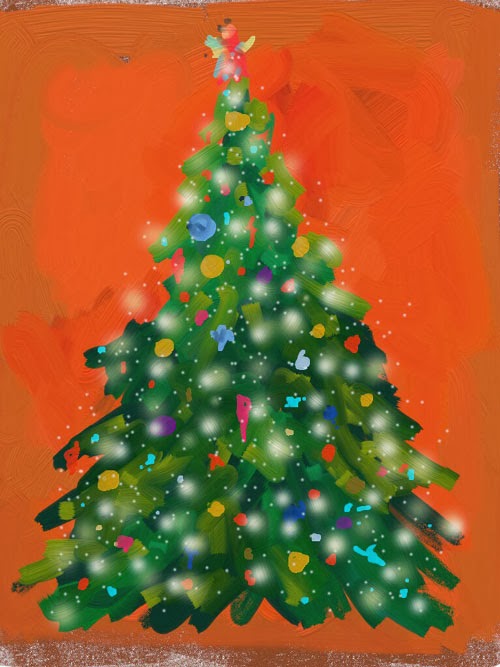 So many choices and features—my head was spinning! I did learn that Artrage uses a lot of memory and bogs down and becomes slow after awhile, especially since I was discarding and erasing about 80 percent of what I was drawing.

One day I was in Starbucks and noticed their free giveaway that week was an app called Sketch Club, so I took it and loaded it on the pad. It was equally user-friendly, but a simpler program than Artrage and not so much a memory hog. I will want to get back to Artrage one of these days, but in the meantime Sketch Club is perfect for learning the ins and outs of digital drawing and painting. Here's my favorite drawing, so far, using it. 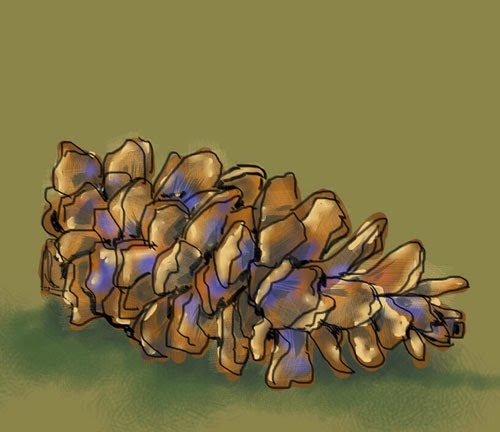 You can see it doesn't have the same luscious paint quality as Artrage.

I am really excited to be going to San Francisco this coming week to see the David Hockney exhibit at the deYoung museum. Hockney has been doing a lot of work on the iPad and I am told there are some great videos of how he does it in the exhibit. He's even older than I! Maybe he will inspire me to greater heights. At any rate, I am loving the challenge of this.

As a contributor to the Sketchbook Challenge blog I needed to write something for this month's theme, "Sketching and Collage" so I made a simple digital painting/collage and posted a mini tutorial about how I did it here. I don't claim to be an expert, just an old dog learning a few new tricks.
Posted by Terry Grant at 4:09 PM