This was an especially fun theme and I think our resulting "paintings" definitely live in the same world! 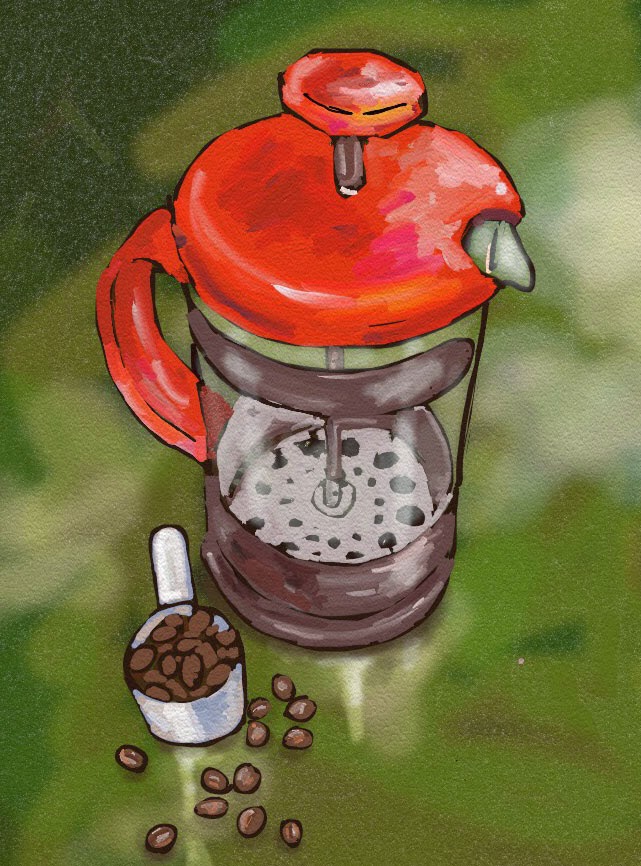 "Yeah, it's true, sadly. Mr. Coffee is quick and efficient, but his attitude really scalds my beans, if you know what I mean...  But it looks like we have a coffee date this morning. I think the lady of the house has a little crush on you."

"Oui, she has always been partial to my red beret. So, Scoopy, let's give her a cup of ze cafe to remember!"

After finishing this, I downloaded the "Glaze" app that I have seen Pat Gaignet use and gave my painting the Glaze treatment., so I am including it for comparison. 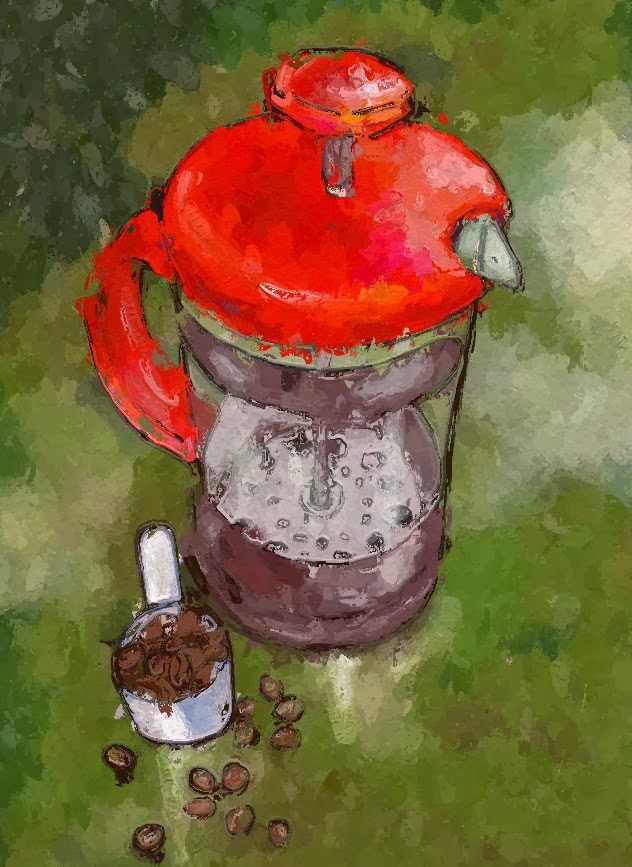 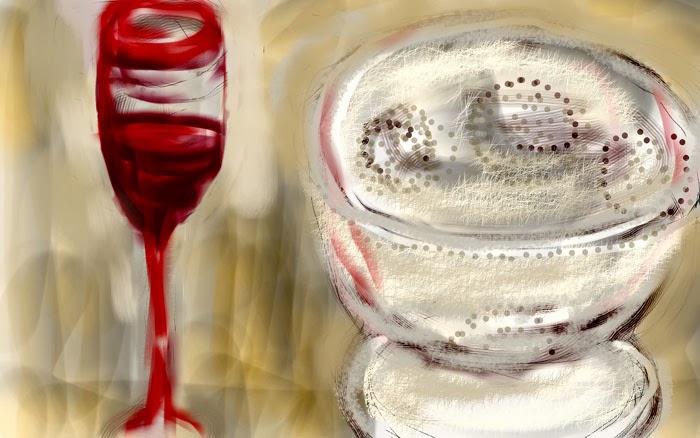 "Hello there Red, you look a little wobbly."

"Oh yes, we started early today. And we mixed a bunch of different reds. It's unfortunate. Of course, you'll bear the brunt of it when the spaghetti toppings get thrown at you."

"Oh no, they won't put the toppings into the colander? They wouldn't -- would they?"

"You've never seen what happens when bad cooks starting in on the wine early. Believe me, I've seen everything."

"The last place I was in nothing like that ever happened."

"Wait until they put you in the dishwasher."

Next Week's theme, seemed a no-brainer, following this week - "Food"