Here we are on our third week of our digital drawing challenge. This week's challenge was "Plant Matter." 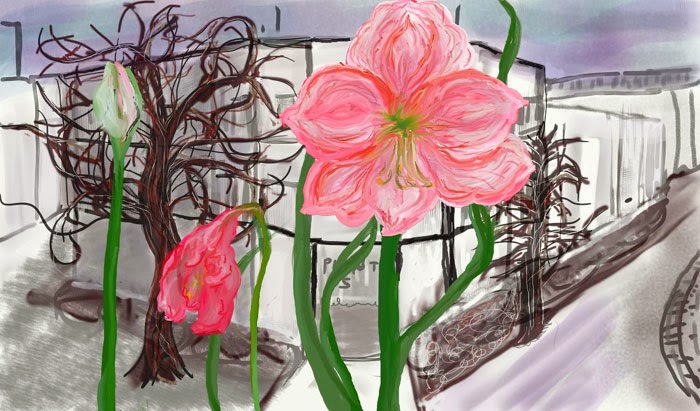 Terry's "assignment" for the week was "Plant Matters" and I suddenly became fixated on the variety of plants that I've depicted in other media.

I began with (something like) Plant 5 (in the east side industrial district which I painted in panels a few years ago.

And in front of my eyes in the front window are the amaryllis that we always start at Christmas time, too late to bloom then, but a joy in January and February. Years ago, I painted a bunch of amaryllis on silk. I even quilted a few of them (and just sold some others). So doing a smooshy Art Rage paint job on the pink amaryllis seemed perfect.

The industrial building was traced from a photo and then mangled with SketchClub, the trees painted from memory with SketchClub and a little tweaking with ArtRage, and the amaryllis was painted "plein air" (or on-site, or from life) with Art Rage, with a snitch of Photoshop intervening when I got stuck. All were worked on layers, which I actually remembered to use often this time. 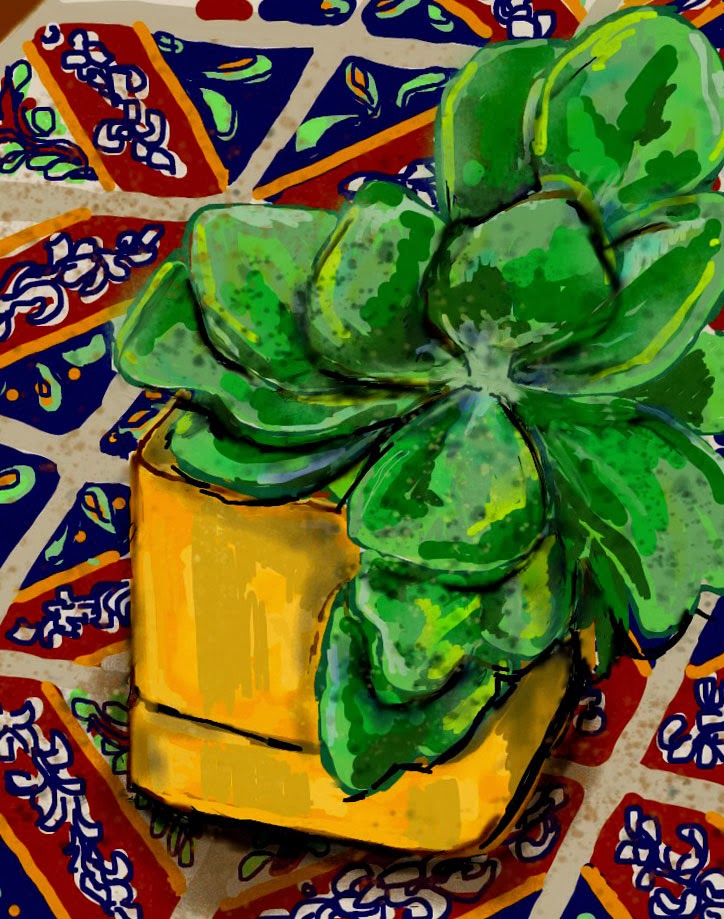 I decided to approach this drawing in a little different way from the others I have done. The layers function in the Sketch Club program gives you the option of placing or creating layers that can serve as guides and then be discarded. Last week I used the option to start with a photo on a bottom later, that was later discarded. This time I decided to start with a rough sketch of my succulent plant sitting on a tile-topped table. (see the photo below) That approach worked well. Then, using the sketch as a guide, I stared creating the tiled background. Then I completely fouled myself up! I intended to draw the pot and the plant on a separate layer in front of the background, but inadvertently drew it on the same layer and cut off my options for refining the edges and adding shadows behind the pot. Oh well, I pushed ahead anyway.

There are some things I don't really like about this, one of which is the black areas that are a little too black, but I learned a lot with this piece and I like the effect that the speckly brush gave the plant leaves. Overall it may be a little overworked. 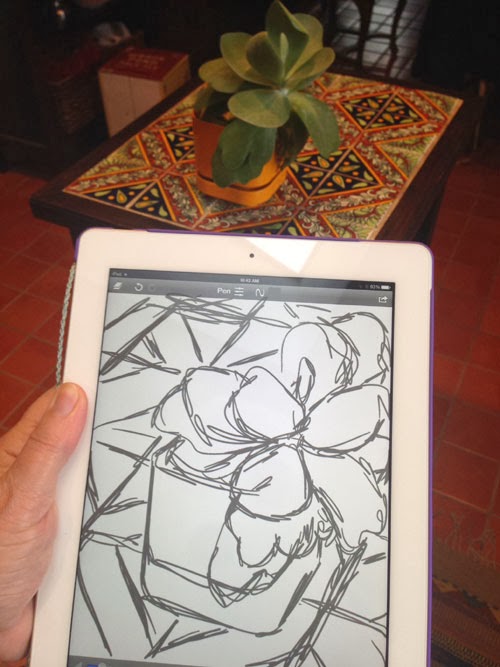 Here's the preliminary sketch. It really helped to get the perspective of the tiles and main elements of the plant in place.

I am really gratified by the interest this project has generated. I got a great drawing from Laura Kemshall, who wrote: "You suggested a theme of plant material, I love poppy seedheads and so couldn't resist joining in. I've attached a drawing which I did with Procreate on the iPad. Can't believe I've not done more work on the iPad before - I love it!" 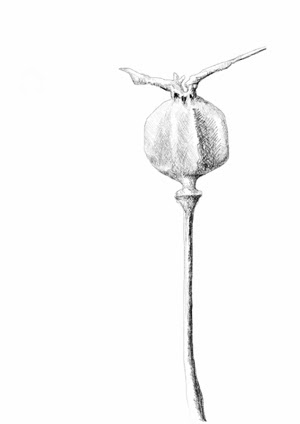 I think this is so simple and elegant and, of course, so representative of Laura's work. If you are not familiar with it, treat yourself to a visit to her blog www.laurakemshall.blogspot.com

My friend, Susan Gallacher-Turner is also experimenting with her iPad and sent me a link to her blog:  http://sculptingalife.blogspot.com/2014/01/drawing-digital-surprising-new-art-tool.html  She is definitely having some fun with the drawing apps!