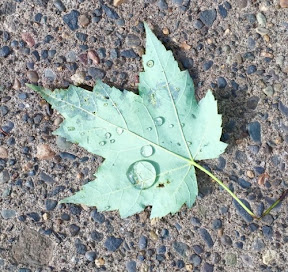 Do you know how, sometimes events, unrelated to one another, begin to pile up on one another and some feeling emerges that begins to tie them together in your mind and you know as memories they will be intertwined forever after? I was hand-stitching a small wallhanging years ago as the first Gulf War was starting and the TV images of US bombs falling on Baghdad as I stitched, attached themselves to that quilt—a sweet, flowery piece that now reminds me of death and destruction. That. That's what I mean.

After my eye surgery several weeks ago I was sent home, not with the tough little sight marble I have taken for granted forever, but with something quite altered and vulnerable, carefully packaged in protective gauze and a plastic shield. It felt quite fragile. I felt quite fragile. It is gradually toughening up, but I still must be cautious and the shield is still advised for sleeping. 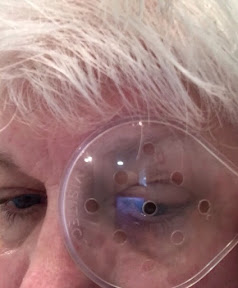 Three days after my surgery something terrible happened in Portland. You probably heard about it. Three men, riding on the MAX commuter train came to the defense of two young girls who were being harassed for their skin color and religion. The irrational, ranting harasser turned on the men, attacking them with a knife. Two died, the other severely injured. In my city. On my MAX train. The most shocking example of human evil meeting extraordinary human goodness. And that reminder of how fragile we are and how connected each of us is to the other. As the story spread I kept hearing how people I knew were connected to the men who were attacked—a friend worked with the mother of one, another friend knew one of those killed when he was a sweet little boy, and on and on. The city grieves. And life goes on. But it feels a bit more precious—life that is—and more fragile. And it has continued. The unexpected death of a friend, a young woman hit and killed by a train as I waited, a few blocks away, for that same train. It has been a terrible few weeks. 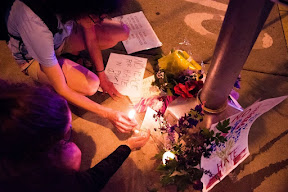 Perhaps it is an unconscious attempt to make sense of things that have no sense, to group them together and find the ways they are related. "OK, this last few weeks has all been scary and abnormal—let's just file everything under 'fragile'. There's even a theme song..."

Don't offer any sympathy. This is the human condition and we are all a part of it and fragile can also mean precious and beautiful. 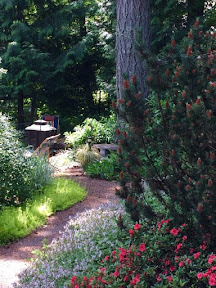