My studio time today was intermittent due to other obligations, but I managed to do enough to share here. One of the commenters yesterday wondered how I was actually using the grid and sketch on the interfacing since it was getting covered up. At this point I am just laying the pieces on the top as I create them. They can be moved aside when I need to work on another element. Here, you see that I have flipped up the building pieces in order to see and work on the windows that will go on top. 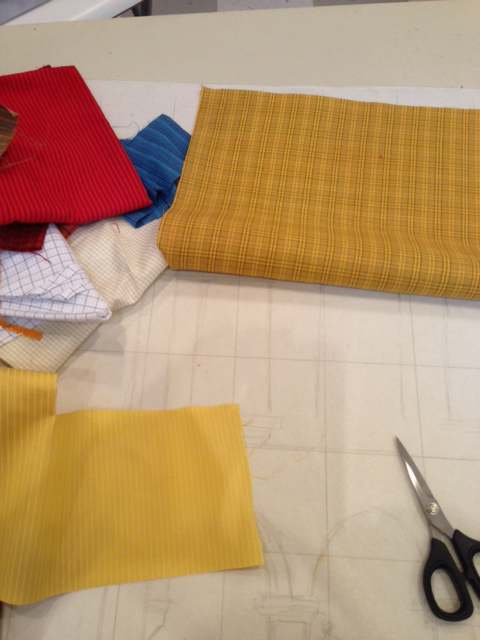 Now you see that the windows and upper side pillars have been added. Still nothing is attached to the interfacing. The pins are holding the windows to the yellow building fabric. 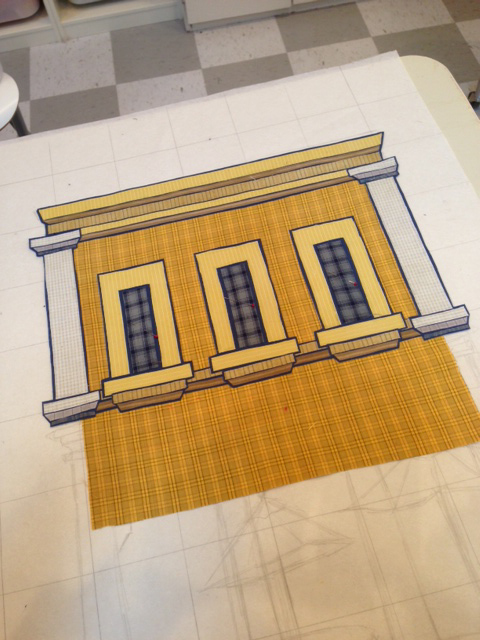 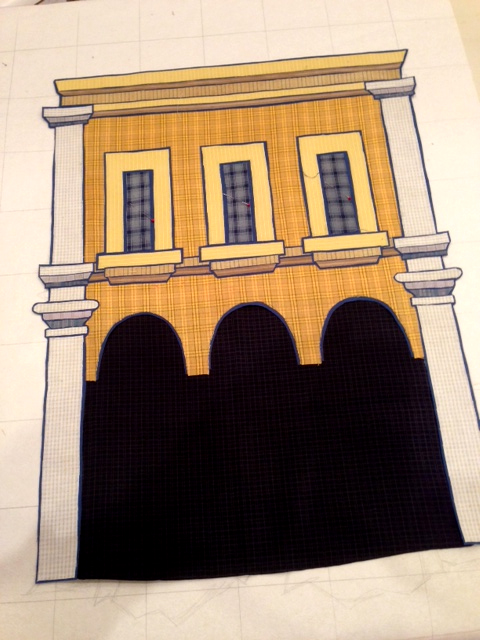 That's as far as I got today.

The thread that I ordered from Connecting Threads came today. 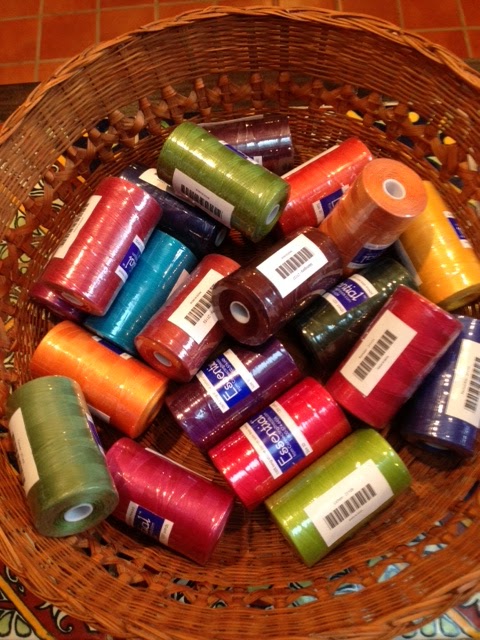 Isn't it pretty? It will be a real shame if it is crummy thread. I took advantage of a savings you get if you order it in "collections." I tried breaking it and it seemed strong enough. I took a spool out of its plastic wrap and tried a little sewing. My machine seemed to like it fine and it looks good to me. 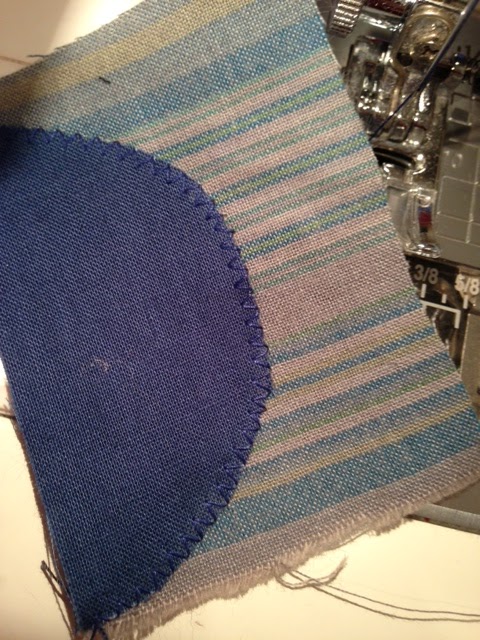 And, before I sign off here, here's something that blew my mind. One of the commenters on the Threads post said that Sharon Schamber recommends dipping your entire spool of thread in mineral oil, then quickly drying it off to keep the thread from drying out and so it produces less lint. This sounded really crazy to me, but with just enough logic to it to intrigue me. I googled it and found several mentions of Sharon's recommendation. Here is one of them. (This particular "tip" is toward the bottom of the blog post.) Have you heard of this? Have you tried it? I'm going to try it on a spool that is nearly used up! I think dipping sounds really messy. Maybe a little oil in a little squeeze bottle with a fine tip spout? I wonder if this is basically the same idea? I've never used it either.