Have you seen the light shades people are making from old crocheted doilies? I know, it sounds kind of dreadful, but some of the photos are pretty enchanting. A Google image search will turn up lots of examples. 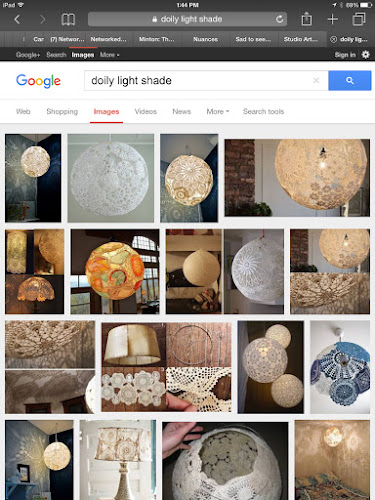 I wanted one! I had a few old doilies, and then I scored a whole cookie tin full at an estate sale. 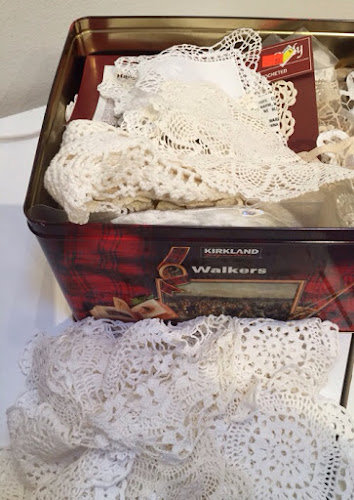 I also had a bottle of this stuff, purchased on speculation many years ago. 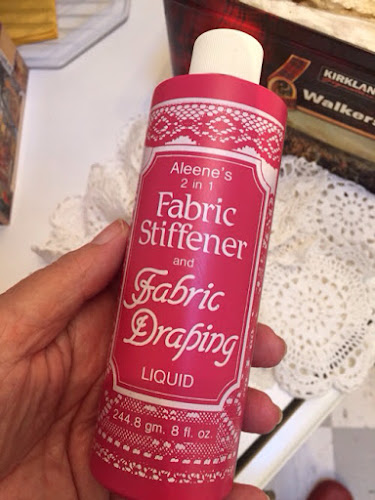 So, a year or more ago I got myself a big balloon and decided to give it a try. The first thing I found was that it was all but impossible to get the doilies to cling to the balloon, unless they were just dripping with the stiffening goo, which then squashed the ballon and distorted the round shape. Then, when I finally got the doilies on and they were drying, apparently in the middle of the night the balloon popped and by the next morning what I had was a caved-in sphere, resembling the shape of a rotted pumpkin and hardened into permanence with bits of balloon fragments imbedded into it. I threw it away in disgust and shelved the idea.

THEN a couple weeks ago my son-in-law was preparing to toss out an IKEA light shade that had become scorched and discolored and I was attracted to its nice shape and brought it home for another go at the doily shade plan. 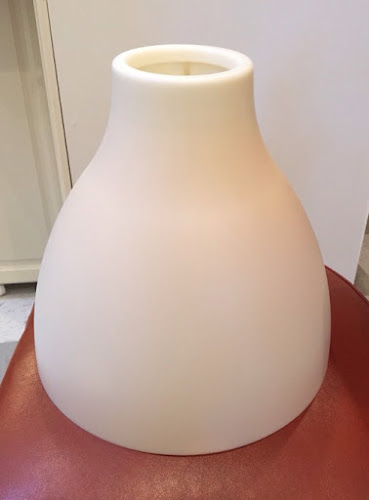 I noted that it could serve as a mold and then slip, easily, out of the hardened doily shell. I hung it from the shelf over my studio sink and started applying soaked doilies. 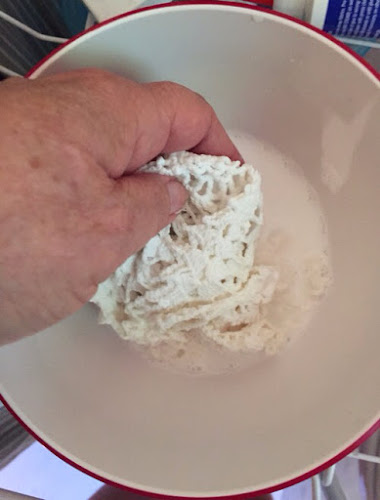 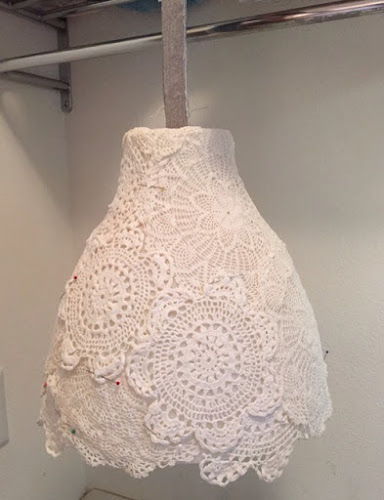 Alas, the doilies immediately started sliding right off, but I was able to add a few pins and finally got full coverage. Another hand would have been handy, but clothes pins worked to keep things together until I could pin. I left it to dry overnight.

Next morning I discovered two problems. First, while most of my pins are rustproof, there were several rogues who rusted big old rust-stains onto the lace. And the second problem was that while the stiffening agent stiffened them nicely, it did not glue those doilies to each other as I had hoped, so it wasn't going to hang together. 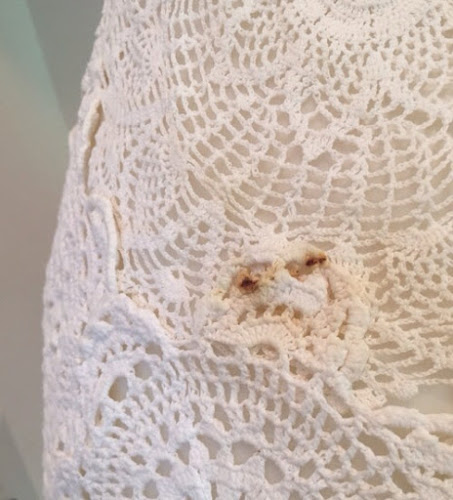 This required large amounts of Elmers glue, carefully poked between layers and clamped with clothes pins and another night to dry. Once the glue was dry, the old shade did actually slip, fairly easily, out of the shell and I finally had something to work with. I touched up the rust stains with some white paint, rigged a little wire frame for the inside to hold it to the hanging light and, voila!, I was in business!

It is hanging in the studio, upstairs, in my reading corner and I kind of love it. 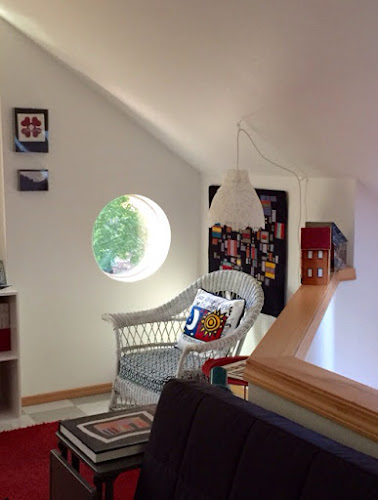 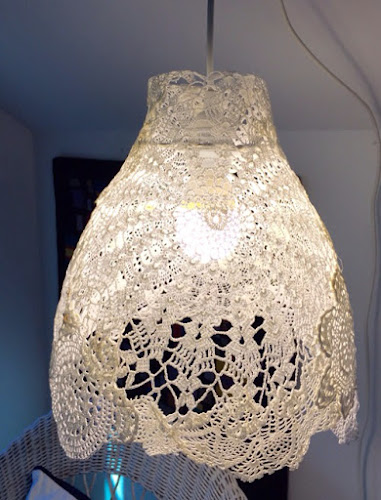 I probably need to get a bigger, round lightbulb, but it is, at least, functional. I still don't know how all those beautiful round shades were made, and anyone who tells you that this goes together easily is lying. But, really, isn't it pretty?

Posted with Blogsy
Posted by Terry Grant at 2:30 PM