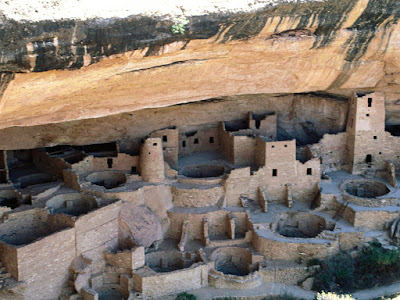 Once, when I was a child, my parents took us to visit Mesa Verde, the ancient pueblo cliff dwellings in southern Colorado. We walked down the trail to these dwellings and learned that these structures were build some 800 years ago and inhabited by people who farmed the mesas and hunted. We saw where they stored food and gathered as a community. We saw where the dead were buried in deep holes and even saw a mummified corpse taken from one of the burial pits. As a child I was overcome by fear and horror and a feeling of darkness as I realized that these had been people, like me, who had lived and died in this warren of tiny rooms carved into the side of a cliff. Perhaps I was an overly morbid kid, but it took me a couple days to shake off the creepiness.

Years later, Ray and I, before our children were born, spent a summer in Europe. We walked through the Coliseum in Rome and the ruins of the Roman Senate. As I picked my way among the decaying bits of former columns and building blocks it occurred to me that these architectural fragments were becoming earth, even as we watched, just as those ancients who built them had long since returned to the earth. Just as we, too, would go back to the earth in time. And rather than horror or fear, I felt I had discovered some small truth about our connectedness and how truly humans, and all they create, really are simply a part of the earth, the universe, the natural plan. 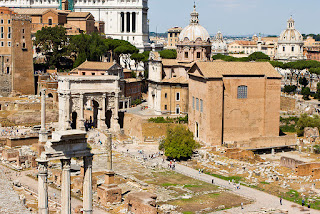 On our recent trip we saw a part of our country that has been inhabited by native peoples for thousands of years. 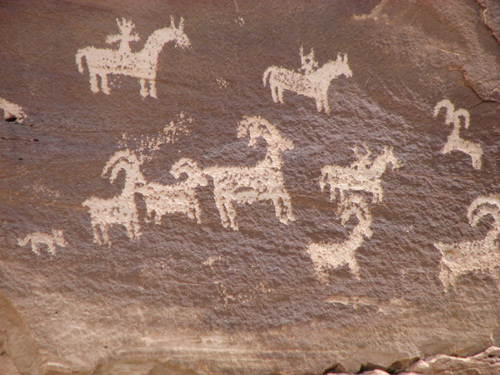 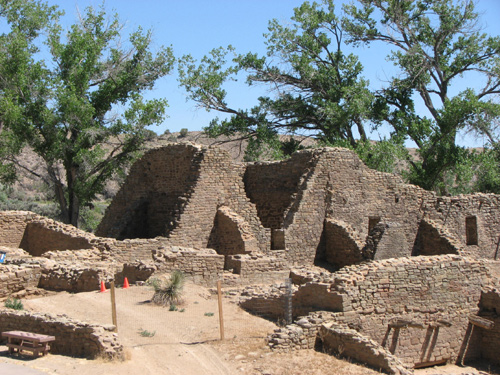 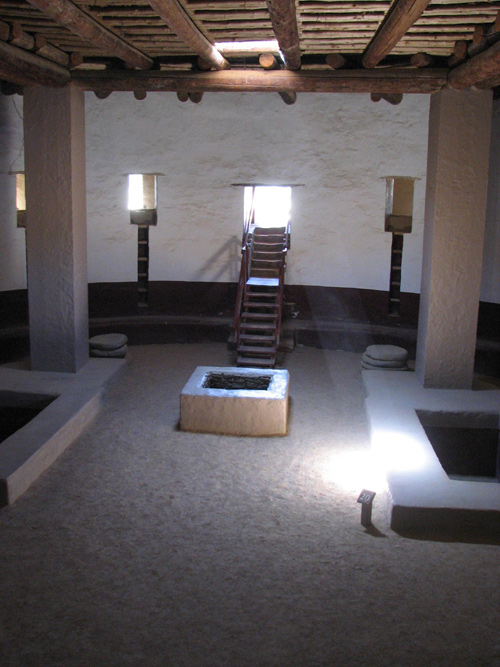 I found the restoration of the great Kiva very interesting. A large assembly hall. We can only guess at what kinds of activities occurred here and what the uses for the interesting structures were.
In northern Arizona we saw Anasazi cliff dwellings at the spectacular Canyon de Chelly. I cannot fathom how they negotiated those cliffs, but what an amazing setting. 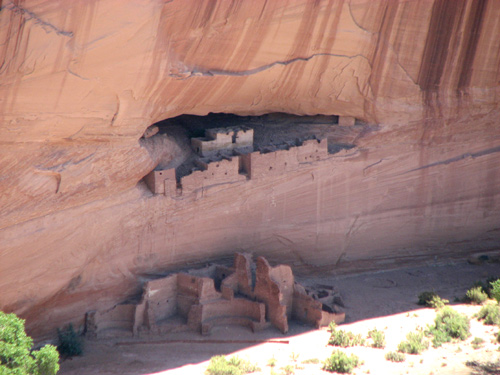 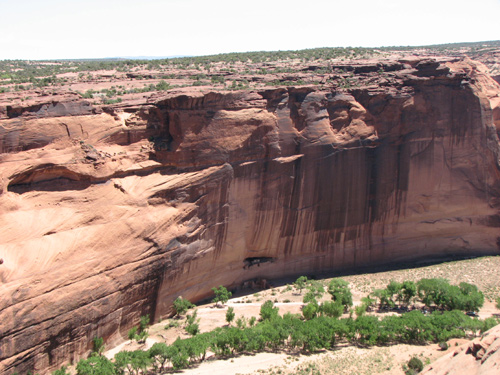 The big picture. Dwellings, above, are in the center of this photo.
The evidence of an ancient human presence in these vast landscapes seems very profound to me. It speaks of human ingenuity and human frailty at once and the power of community. It is so much of what drives us all and unites us with our ancient ancestors. Standing in these places makes me feel connected to our origins. I can imagine what a hard life that would have been, but I can imagine children running and playing among the rocks. I think what it might have been like to sit at the edge of the cliff in the evening and see the setting sun reflected on the canyon walls in a blaze of brilliant color. It seems a great privilege to be able to touch these places.
Posted by Terry Grant at 10:38 PM