Growing up in Idaho in the '50s, Ernest Hemingway was a local celebrity, living in the center of our state in Ketchum, near Sun Valley. He showed up in our local newspaper frequently and everybody knew someone who knew him, or had met him, or had spotted him in a bar or at the train station. We didn't have many famous authors in Idaho. At the same time he also maintained a home in Cuba.

On our walking tour of old Havana, we stopped to see this hotel where Hemingway stayed when he first started coming to Cuba. It was just down the street from the Floridita Bar, where he hung out, and apparently he liked to drink daiquiris on the roof of the hotel and watch the sun set over the water. 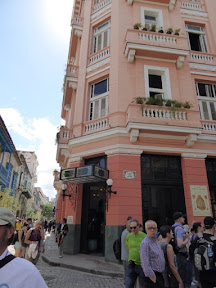 Later his wife convinced him to buy a farm in the country, where he could write and relax away from the city. It has been preserved exactly as he left it when the revolution started. 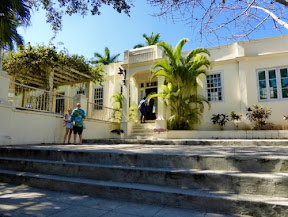 You cannot go inside the house, but you can view every room through the doors and open windows. 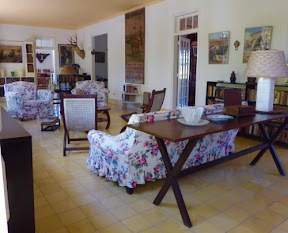 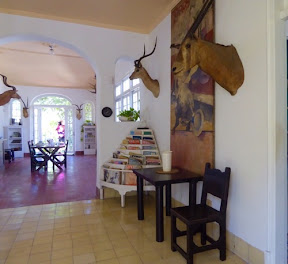 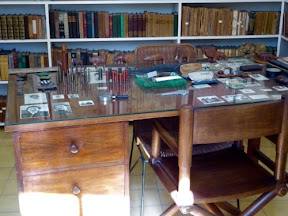 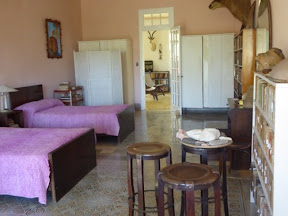 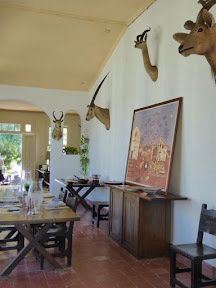 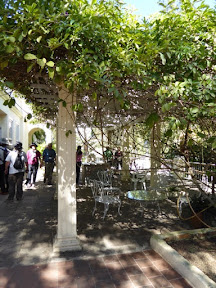 Peaceful, comfortable, unassuming. I remembered Mary Hemingway, who I knew very slightly in the early '70s. I worked in a fancy furniture store in Boise, Idaho and she was a regular customer. This was after her husband took his own life. She remained in Idaho with their family and she was involved in charity and community projects. I remember her as a vibrant, but down to earth woman—very kind and easy to be with. I could imagine her in these lovely rooms in the Cuban house.

We walked around the lush grounds and saw Hemingway's boat, The Pilar. 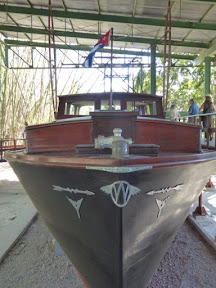 Back behind the main house was a small tower, with his writing room at the top. This is where he wrote The Old Man and the Sea. 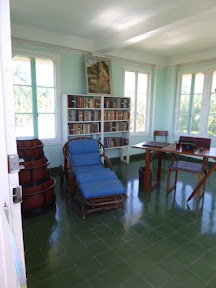 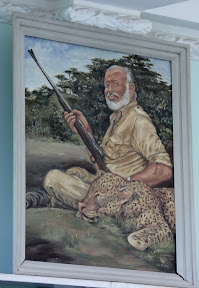 I have seen Hemingway's grave and monument in Idaho, but I somehow imagine that this place is where his spirit resides. A beautiful hilltop in Cuba.