I knew that Cuba is famous for all the old American cars from the '40s and '50s, but until I actually saw them, I didn't understand how many and how great most of them look—I assumed they would be pretty beat up and ramshackle. Some are that, but there are hundreds(?—it seemed like...) of real beauties rolling around the streets of Havana. 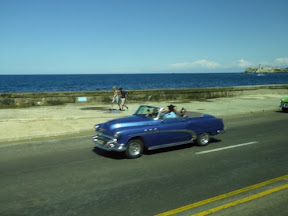 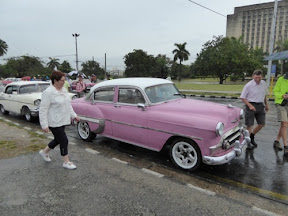 A lot of them are used as taxis in the city. 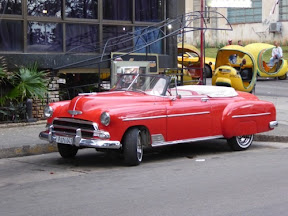 Behind this gem you can see the other kind of ubiquitous taxis in Havana—weird little "bubble" taxis.

We saw the old cars everywhere. There were always several parked out in front of the hotel. One night our group met in the lobby to go to dinner. Our guide, Sergio, had teased us that there would be a surprise. He had arranged for 5 vintage convertibles to convey us to the paladar for dinner. What a blast! The cars drove along the sea wall, known as the Malecon, where the locals gather to stroll, fish, visit, neck—. The sun was setting and our driver cranked up the '50s music. I know—cheesy tourist stuff, but honestly, it was so fun! 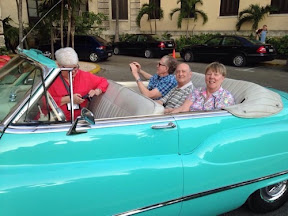 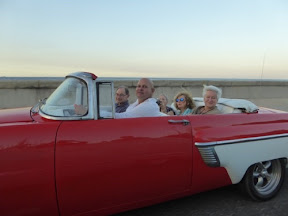 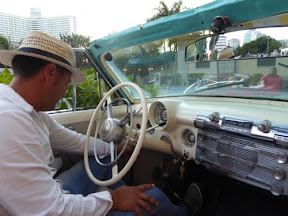 Before we got to the restaurant we stopped near the beach and got out to check out the cars more closely and take photos. Our driver was pretty proud of his car and said it had the original engine. We heard that many had had engines replaced and parts scabbed together from whatever they could salvage and convert. To own one of these cars one had to become a skilled and creative mechanic. 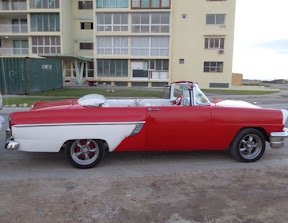 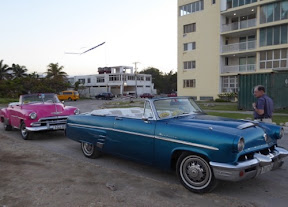 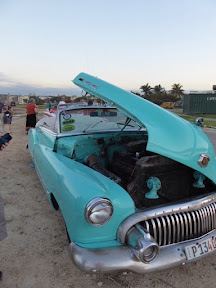 This was a common sight— 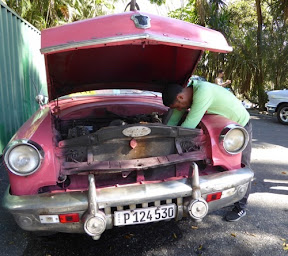 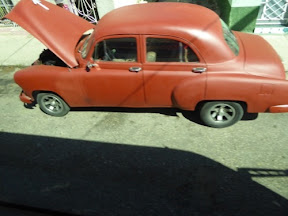