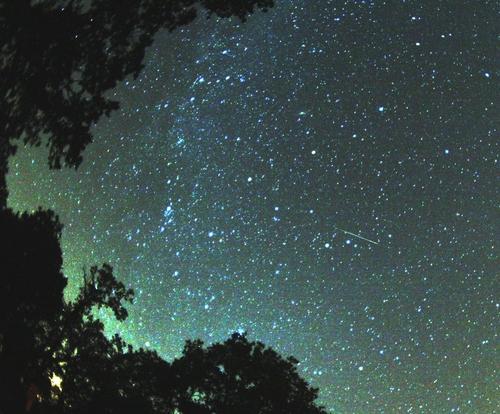 When I was a child my Uncle Bill seemed like such a grouchy guy—not so interested or comfortable with children (though he ended up with six of his own), and unlike his brother, my sweet and gentle father, Uncle Bill was gruff and blustery.  I mostly stayed out of his way for a lot of years. As I got older I started to see his softer side, his love for his grandchildren especially; his intelligence and humor; his generosity; and found a warm and loving uncle. I'm sure he mellowed with age, but my perceptions probably became more tolerant as well. He and Dad were business partners and our families were closely intertwined. When my Dad died no one took it harder than Uncle Bill. They had spent nearly every day of their lives together. As an adult I loved talking with him. He had always read something interesting or had a story to tell.

Four years ago family members contributed memories for a book to celebrate his 90th birthday. I sent this:

Dear Uncle Bill,
I am sorry I won’t be there to help you celebrate your 90th birthday, but I know you will have a lot of family surrounding you, who will make the most of this auspicious occasion.

I’d like to add a memory to your book—one of many, many. There were so many Christmas breakfasts and funny stories about General Sherman, the dog, but one time that stands out in my mind was the night you and Dad, and all the kids, slept out in your orchard to watch the meteor shower.

You and Dad worked so hard, and such long hours back in those days, that it was rare for us kids to get to spend much time with either of you, much less both at the same time, but you two decided we should have a sleepover in the orchard. I think we cooked hamburgers and hot dogs and we kids played in your big yard and spent some time clearing apples off the grass to make a nice soft spot to sleep that night. Then, when it began to get dark, we spread our sleeping bags and settled in to watch the sky. It started slowly with a shooting star or two, then increased as the sky got darker. That was back when you could still really see a lot of stars (maybe you still can, from your orchard) and you and Dad pointed out the Milky Way and some of the constellations.

One of the kids asked a question about what it had been like when you and Dad were kids and you started telling stories. That night we heard all about life on the Huntley Project and how you could go out the bedroom window and over the fence and be at school in two minutes. We heard about building motorized vehicles using Grandma’s washing machine engine and rolling Dad down a hill inside a barrel and playing and finding buttons and bits near the Custer battlefield. We learned that when you went away to college you and Dad shared an overcoat, I think handed down from a relative, so only one of you could go out on a date in the winter—the one whose turn it was to wear the coat. I can’t even remember all the stories, or especially the details, but I remember the picture you painted of your early life. It sounded like such fun, such an adventure. I lay in the dark listening to you and Dad talk and laugh and I could picture you as boys.  We all drifted off to sleep with the stars still falling overhead. I woke up later and listened to the sounds of everyone sleeping and watched the stars for awhile, then went back to sleep, but I remember thinking, “I’m going to remember tonight.” And I have.

Have a wonderful birthday celebration!
With love,
Terry

He left us, last night in his sleep. He had a good life. Rest in peace, Uncle Bill.