Some new photos from Andy. Looks like they have been hanging out in Quito's Old City. Here is the Iglesia de San Francisco (The church of St. Francis), Ecuador's oldest church. 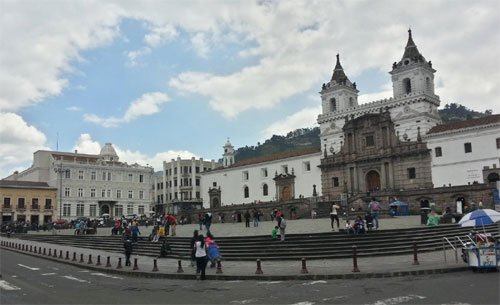 It has a wonderful museum and is a glorious church. There is a quaint legend about how the building of its atrium involved a pact with the devil and how, in the end, the devil was foiled. Rather than repeat the story here, I will send you to this site to read the story of Cantuña.

From most parts of Quito you can see the Virgin of Quito, located in the Old City on a small hill called the Panecilla (little bread loaf). 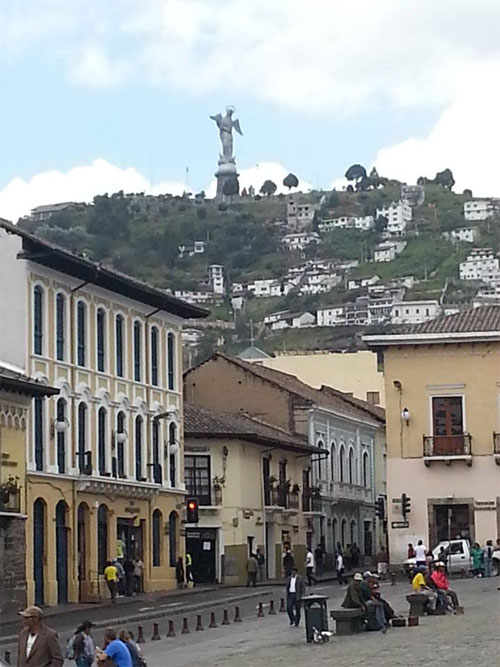 She is, supposedly, the only statue of the Virgin Mary depicted with wings, and is a replica of a small, famous carving that is inside the Iglesia de San Francisco. She is also called "the dancing virgin," because her pose is one in motion, rather than the usual static poses of statues of the virgin. This statue has become very emblematic of Quito. 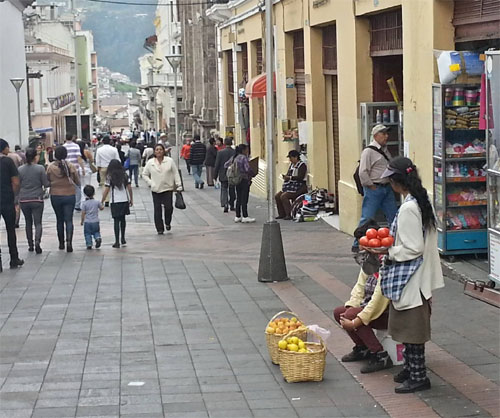 The Old City has a wonderful bustling atmosphere, with crowds of people at all times of day. The first time we visited Quito in 1999 we were warned away from the Old City. It was dark and rife with muggers and pickpockets. Since then it has been cleaned up, lighted up and there is a very noticeable Police patrol that is on duty at all hours. I have felt quite safe, although one always needs to be aware of potential pickpockets in crowded areas.

Andy is doing really well. We talked on FaceTime yesterday and I saw his new temporary teeth for the first time. He looks so good. Younger, happier, more confident. I am so happy for him.

I thought I was coming to the end of my Latin American themed series of artwork, but seeing all of Andy's photos has sent me to my sketchbook once again... 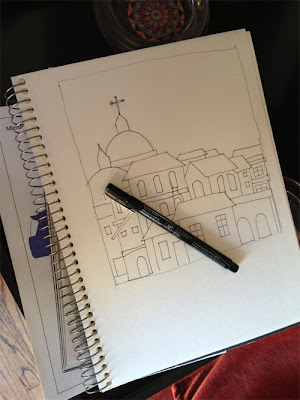