Salinas and the Chota Valley

We took a little day trip from Ibarra out to Salinas in the Chota Valley. It was a small group excursion on a kind of trolley-like vehicle that travelled on the old train tracks. It was full of Ecuadorians and us, and we had a charming guide named Christina, who pointed out the interesting sights along the way and filled in the historical details. She used a microphone for her narrative in Spanish and came and huddled with the three of us to repeat, in English, what she had said.

During the Spanish occupation of Ecuador, many slaves were brought from Africa. This history of slavery is similar and as brutal and disgraceful as it was in the United States. When the slaves were freed, they settled into two distinct areas in Ecuador—Esmeraldas on the coast and Salinas in the Chota Valley. The Chota Valley is a rich agricultural area and there are salt mines in Salinas, both of which provided work for the former slaves and their descendants. 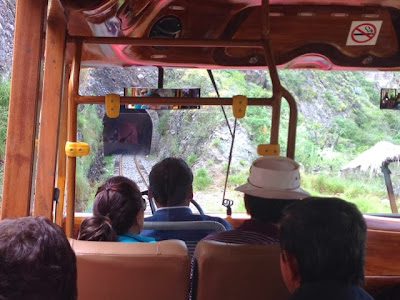 Here we are headed into one of several tunnels through the Andean mountains. Small and very dark inside. Did I ever tell you about my tunnel phobia....?

The train trip was pretty spectacular, running along the edges of deep chasms, through beautiful verdant fields of sugar cane and past colorful flowers and cacti. 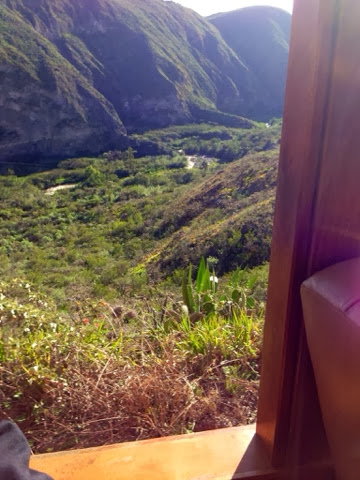 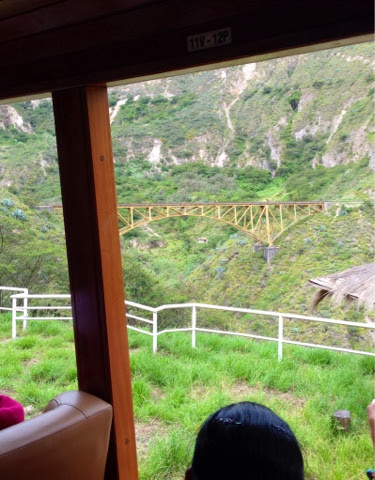 The train crossed that skinny little bridge you see up ahead. 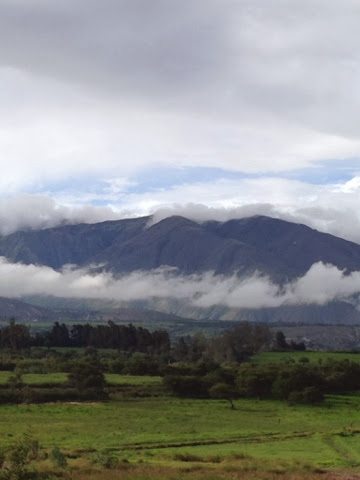 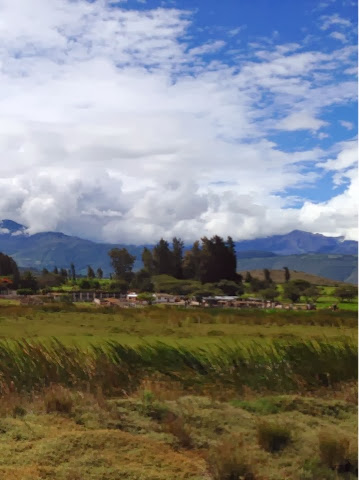 The little town of Salinas was windy and desolate. It appeared to be rather poor, with few shops or businesses. At the little train station we were met by a troupe of teenage girls who were dressed in traditional dress and performed several traditional dances for us, inviting us to join in. 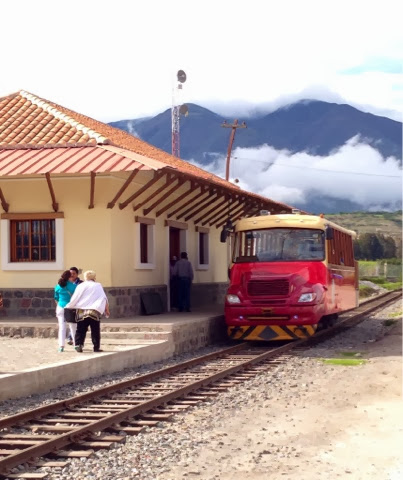 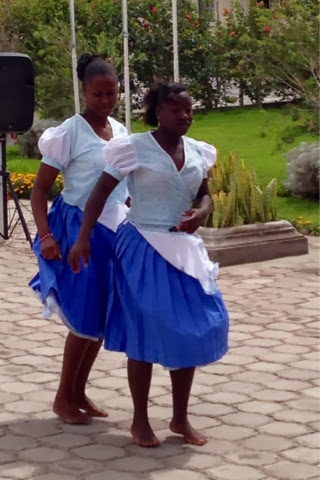 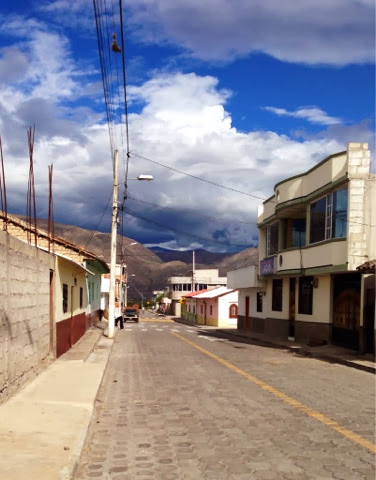 We had a very simple lunch in Salinas then then went to the small ethnographic museum. We had a Spanish-only guide, but managed to understand most of what she told us about the sad history of slavery in Ecuador. 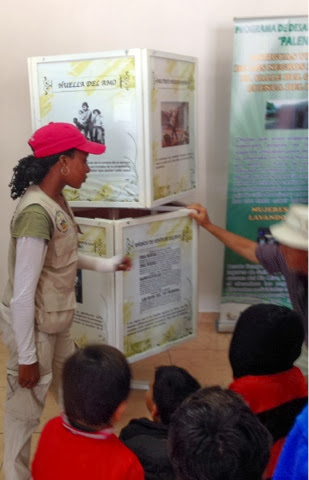 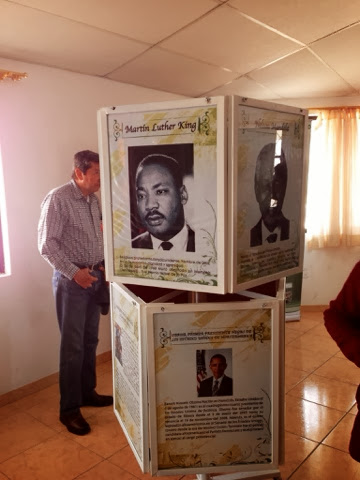 Really great day and a part of Ecuadorean society we had known little about. You may have gathered that I am kind of hooked on the Ecuadorean churches. The one in Salinas was probably the simplest we have seen, but very lovely in its own way. 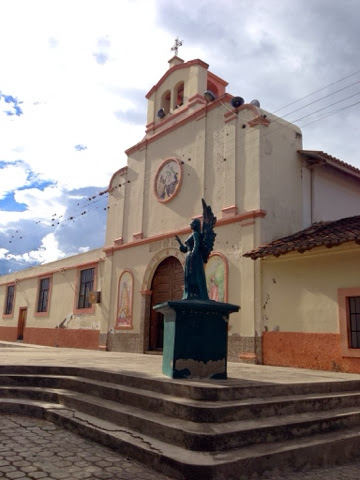 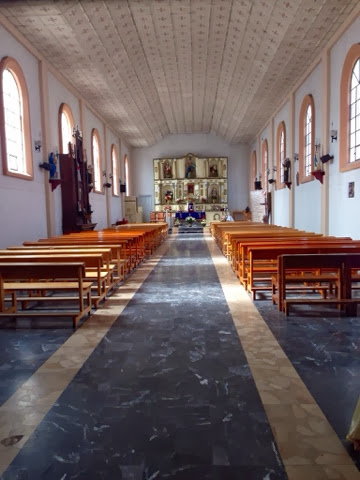