It has been a busy year or so and I've had a lot of good things happen with my art. It has been accepted into a nice variety of shows and I currently have more art "out there" than I ever remember. It has gotten to a point where I am beginning to lose track of what is where, so I needed to take stock. I know I have shown some of this work before, and I know I have not shown some of it, so I think I'll just tell you all where everything is and maybe you will have a chance to see it somewhere!

I have work in two SAQA shows right now. These are really great shows and they are hard to get into, so I feel especially lucky.

"The Cloth Remembers" is part of SAQA's  REDIRECTING THE ORDINARY and has been traveling for more than a year now, to Houston, Chicago, Portland, Germany, France, Spain and Italy. Its final dates are: 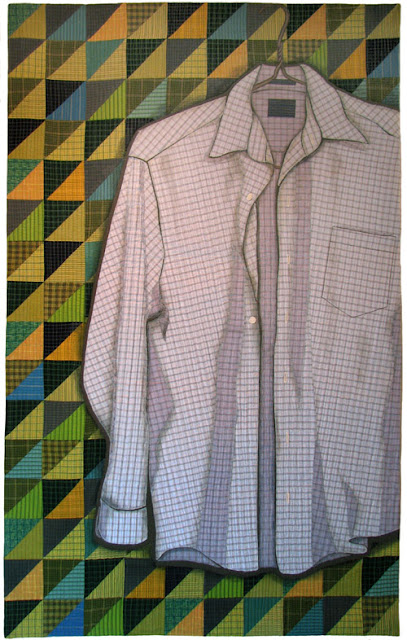 "Camus Prairie, Idaho" is part of SAQA's CONCRETE AND GRASSLANDS  and just started its journey at the Grants Pass Museum of Art in Grants Pass, Oregon, where it will be through the end of July. Other venues will be announced later. 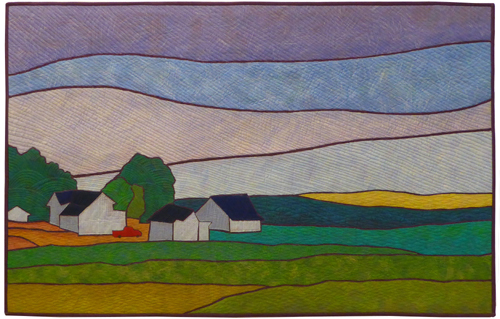 "Rhythm of Rain" and "A Sense of Summer" are part of the High Fiber Diet exhibit MAKING OUR MARK, currently at the Latimer Quilt and Textile Center in Tillamook, Oregon. It will also be seen at: 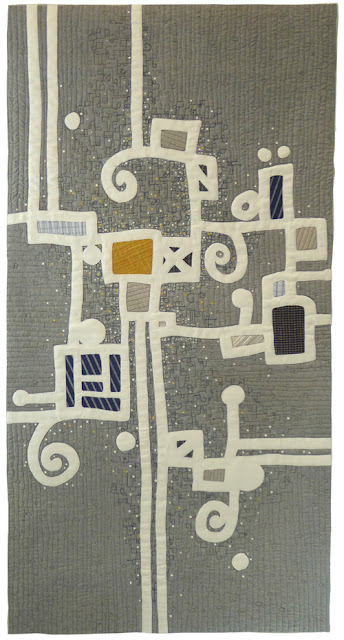 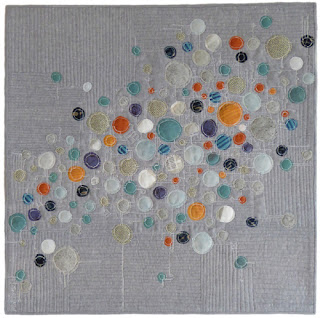 "Patterns of Mesoamerica" has been accepted as part of the Dinner at 8 PATTERNS exhibit and will be seen at the International Quilt Market and Show in Houston in October. 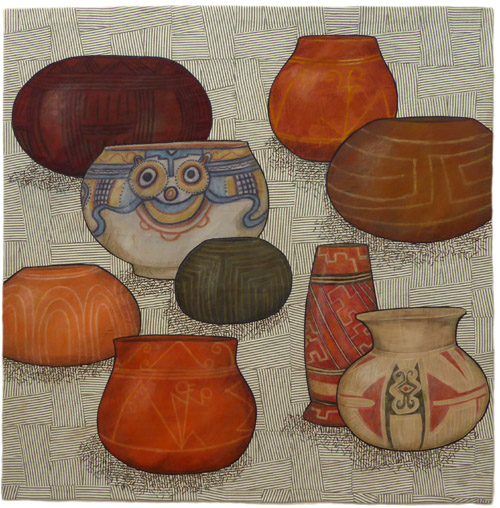 "The Moon is a Mirror" will be part of the Columbia Fiberarts Guild FABRICATIONS August 3 - 29 at the ArtReach gallery in Portland. Details here.

"Iris" and "Lily", along with several other pieces, are currently at the Twigs Gallery in Sisters, Oregon through July. 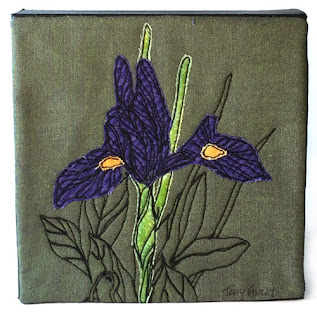 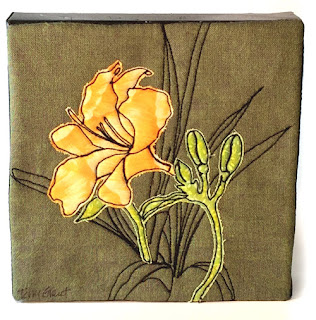 "Basilica of Quito" and "Pollen" were both recently selected for the next High Fiber Diet exhibit, IT ISN'T EASY BEING GREEN. Venues have not yet been announced. 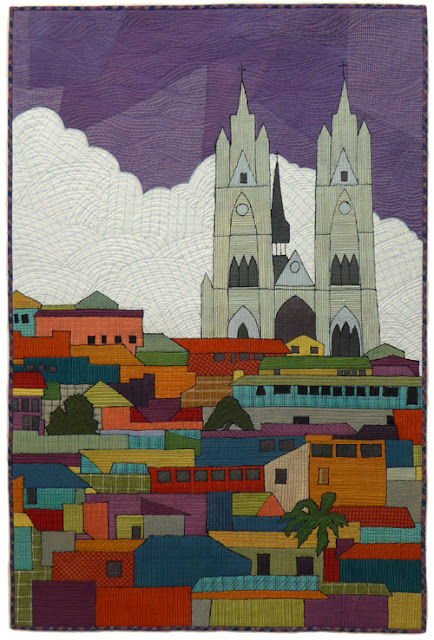 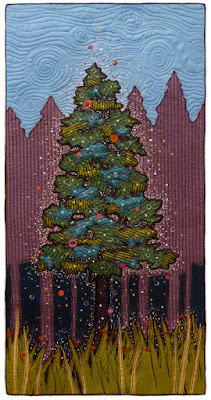 I also had work accepted for a really fun local project, which I will write about when it happens! I have also submitted several pieces for a favorite local show, including the recently completed "Roses." I will know within a week or so if it was accepted, but I'll show show you its official photo and you can keep your fingers crossed with me! 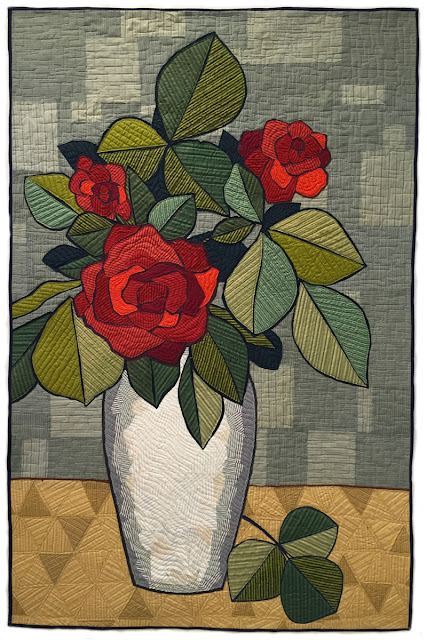