Last week we gathered for a reunion with my brother and five of our cousins in Lakeview, Oregon. Lakeview, where my cousin Ginger grew up, is in a remote and beautiful part of Southeastern, Oregon that is a different Oregon from the coastal, green, mossy western edge that most people associate with the state. Lake County is high desert, sparsely populated, a windswept, sagebrush-covered expanse of rocky, dusty earth and wide, dramatic sky. Beautiful in a rugged and stark way. 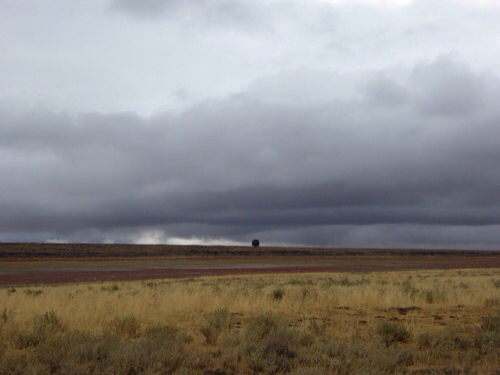 Ginger had made plans for us and I knew she was excited to share something really special and mysterious. Early morning, we headed out to Adel, barely a town, out at a crossroads, where we met up with our guide, Ben. 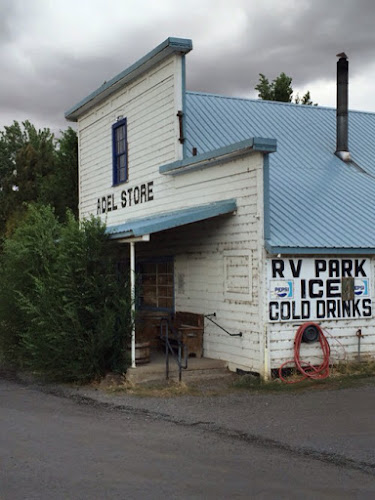 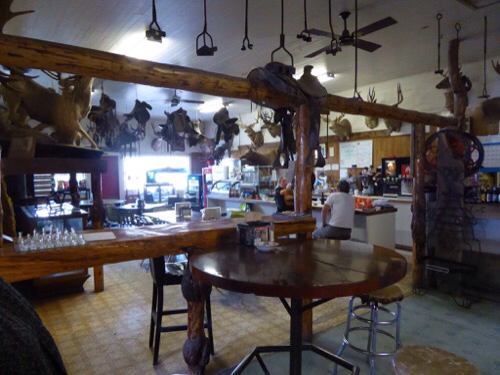 In three 4-wheel drive pickups, we headed out into the Oregon outback. I rode with Ginger and her little dog, Bill. 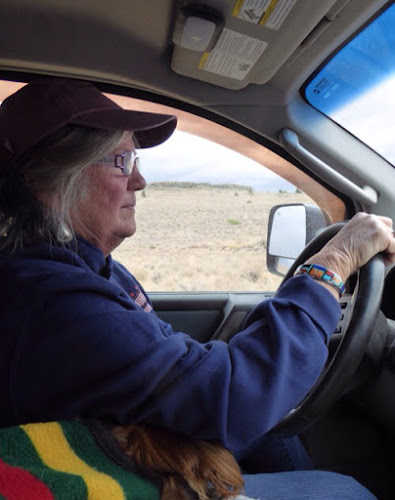 We were soon off the paved roads and headed for Ben's secret place. 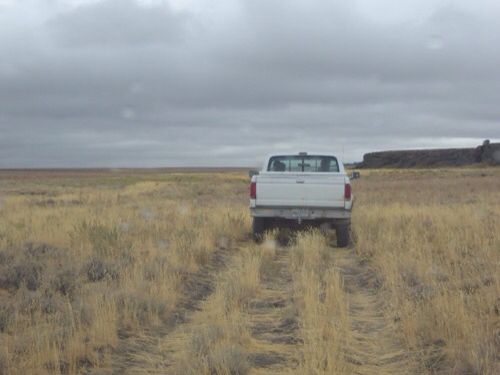 The scene above, is relatively benign. Most of the trip was over rocky, rutted trails that challenged even the sturdy trucks.

We stopped, along the way, to stretch our legs and check out an abandoned sheep herders wagon—they call it a "sheep ark"— left for target practice under a big spreading juniper, laden with berries. 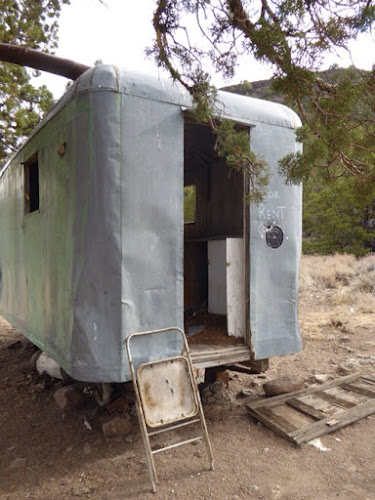 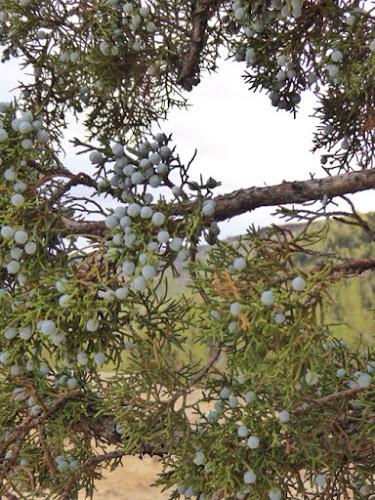 The road got rougher and rockier and eventually we came to a dry lakebed with a ridge of volcanic rock running along one side, where we found what we had come to see. 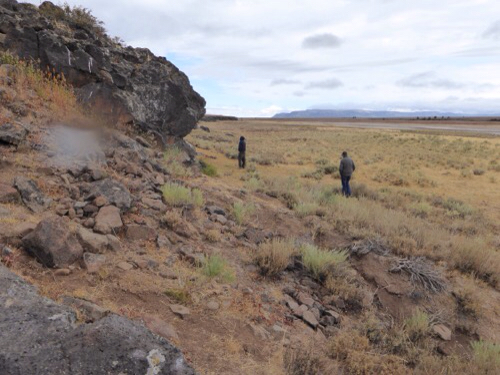 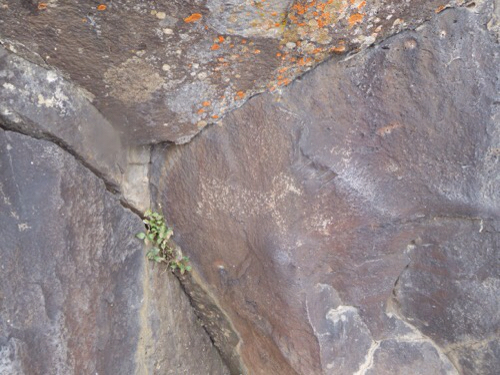 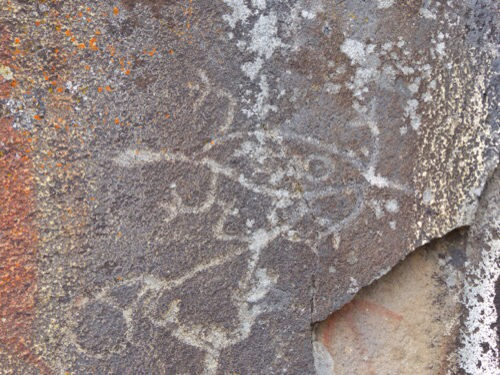 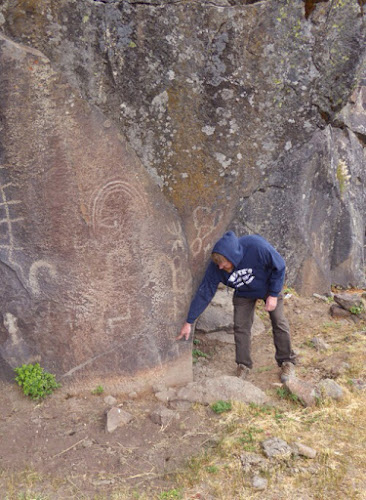 Petroglyphs–the oldest in North America. What Ben is pointing to are pictures, chipped into the basalt, some more than 5000 years ago. Below the ground are even older carvings, in a different style. These, below, are the top edge of a panel that goes at least four feet below the surface. 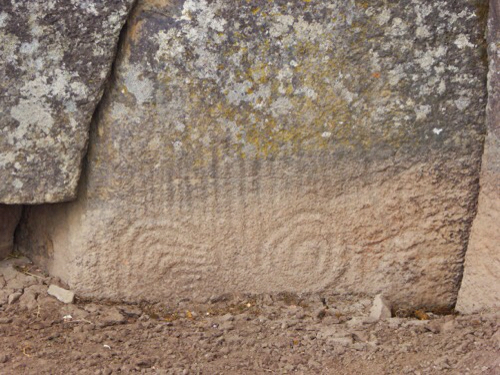 These were buried by ash and rock when Mount Mazama erupted in 5677 BC, the volcanic eruption that created Crater Lake.

As we walked up and down the cliff walls, examining the images, a bitter cold wind was blowing hard and one could not help imagining ancient people camping and huddling around small fires in this harsh place. 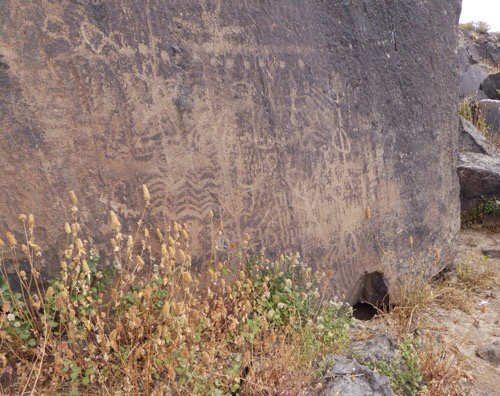 The marks below appear to be a counting exercise and similar marks, all showing a series of 23 marks appear in other nearby places. They may count the days of the appearance of a supernova in 1006 AD, that was recorded by Chinese and Islamic astronomers and was visible in the sky for 23 days, appearing as a second sun in the sky. 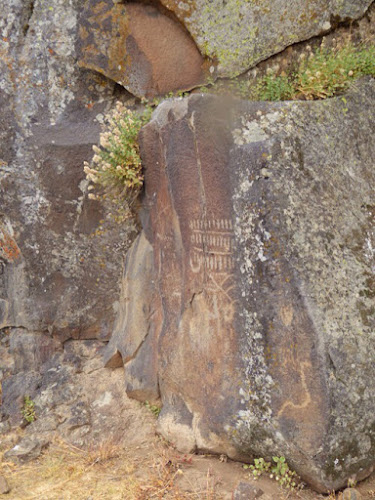 We climbed to the top of the cliff at one end where there is a large circle of fairly large stones, known as the "observatory" though its actual use or meaning is unknown. 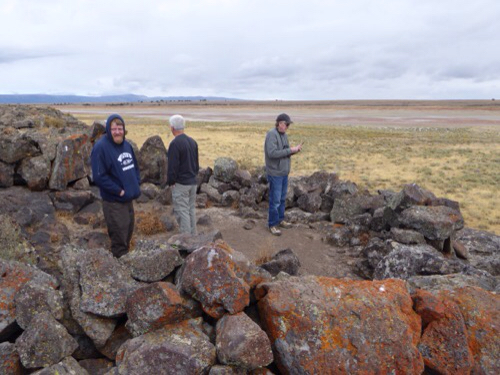 On the side facing the lakebed there is an obviously intentional "peep hole" that frames a view of Hart Mountain, on a clear day. 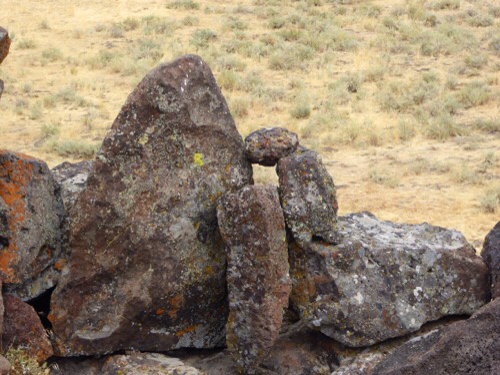 A magical, mysterious place. Could I find it again? Not without Ben, and he likes it that way! He said the images have been studied and documented and others know they are there, but are very protective of such treasures. I felt very privileged to have seen it. The place is pristine, with very little evidence of the modern world. Beautiful. Special. Words are inadequate. 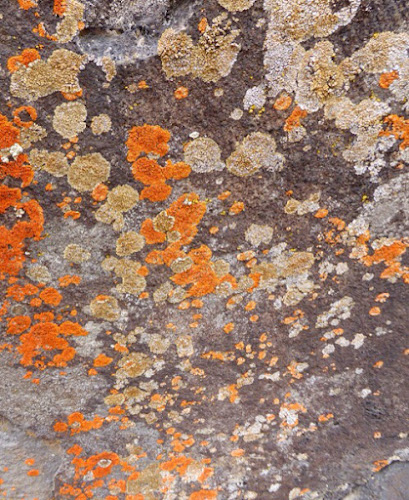 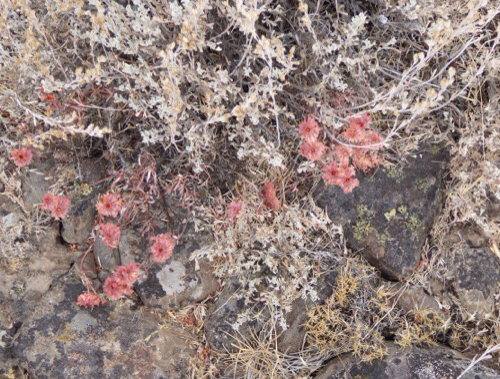 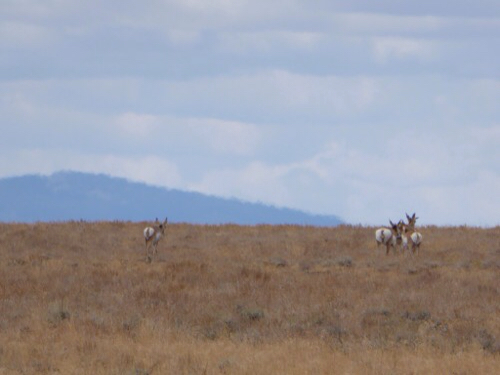 Posted with Blogsy
Posted by Terry Grant at 11:34 AM