What got done this summer

Now that summer is officially over I am looking back and making note of things that were accomplished in part or full. It seems like every summer we line out a few "projects" to get done. Sometimes they get finished, sometimes started and sometimes they are put off until the next summer. Last summer we were going to replace the little bridge across our creek. Summer came and went and we lived with the old bridge for another year. Here is what the old bridge looked like. It was here when we bought the house. 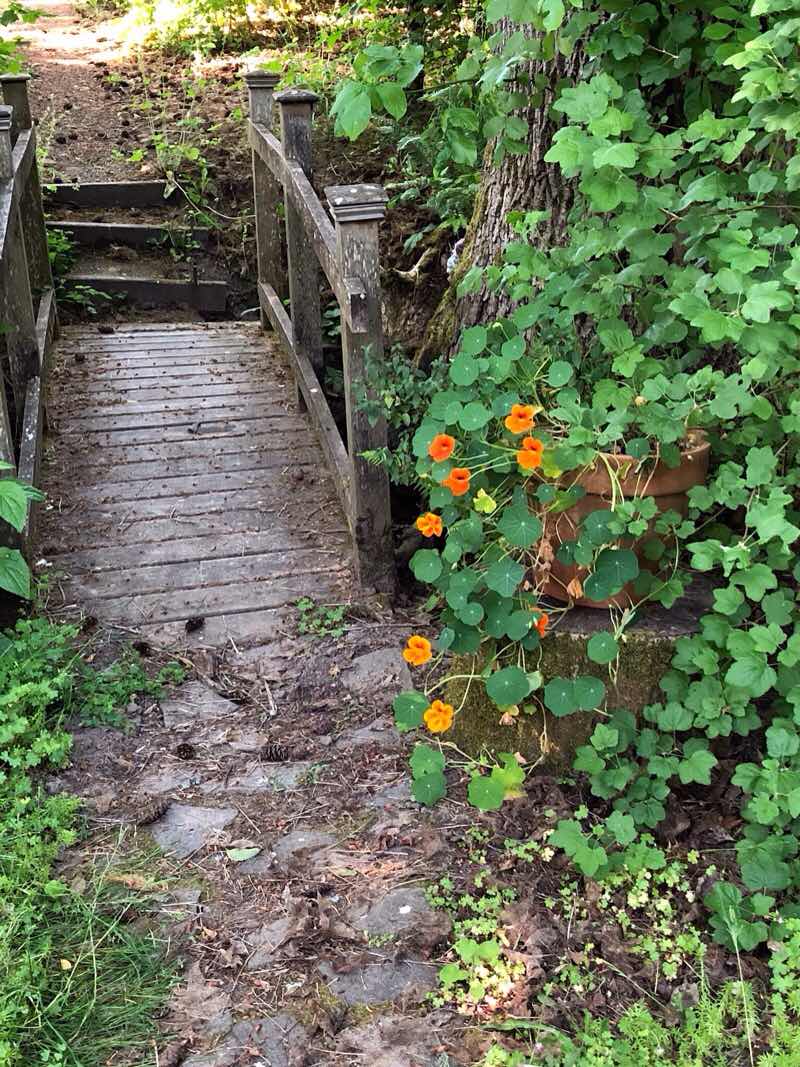 Really didn't look too bad, but the railings were wobbly and the whole thing was skewed and uneven. The stairs at the far end were in pretty bad shape and if it rained hard enough to raise the level of the creek, the bridge would float up off its supports and move downstream a bit, like this: 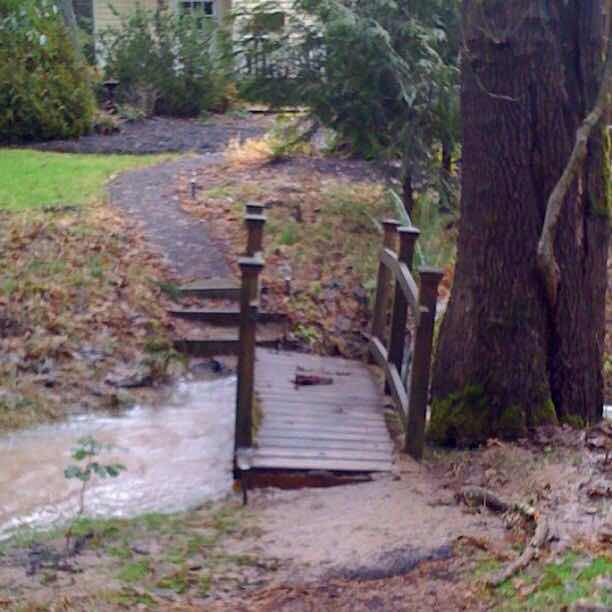 This would be a project best done when the creek was at its lowest, so a summer project for sure. Our new design would be sturdier, sit higher above the creek and, if possible, would have a deck that would not be as treacherously slippery when wet as the old one was. I also lobbied for a wider, flat, rather than arched design. Ray, who weekly wheels our garbage cans across the bridge, agreed. We looked at lots of bridges in parks and online and drew up a plan. We consulted with our engineer brothers and friends and were satisfied that we had covered the bases. The first step was demoing the old bridge and then painstakingly building and placing the base for the new one. Concrete supports were put in place before the base went down and everything had to be solid and level. This really was the hardest part. 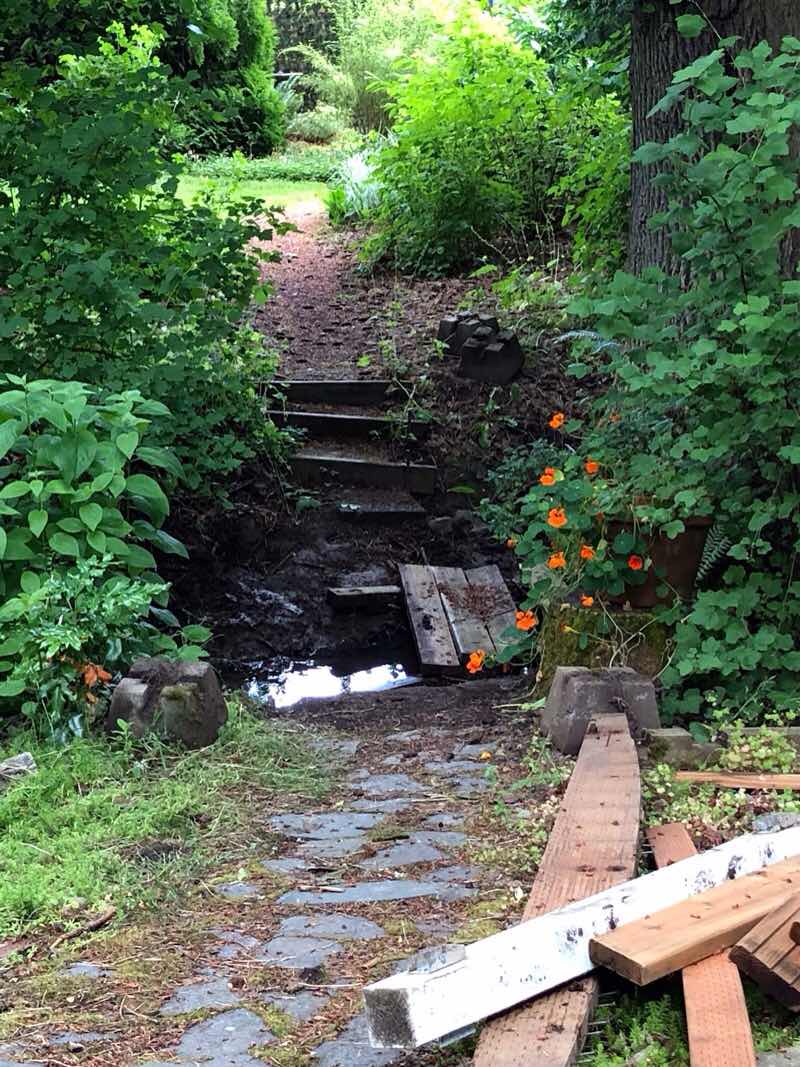 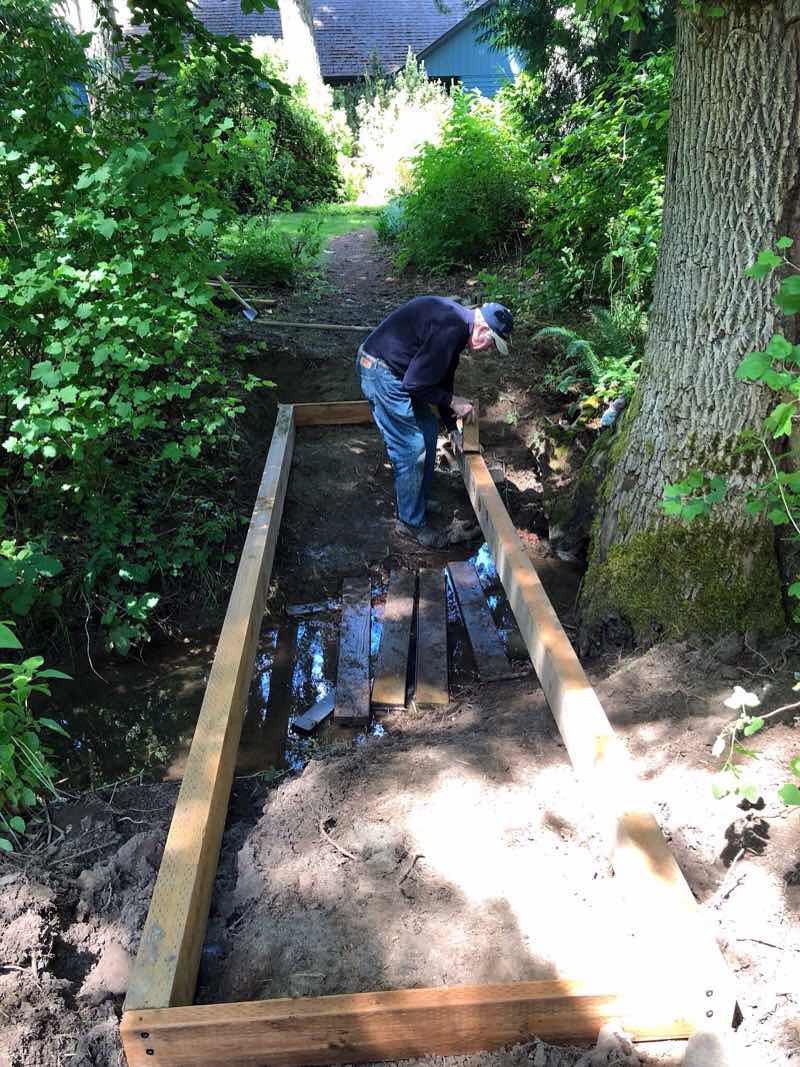 You can see already that it's longer and higher. From here it was just a matter of adding all the parts and painting. 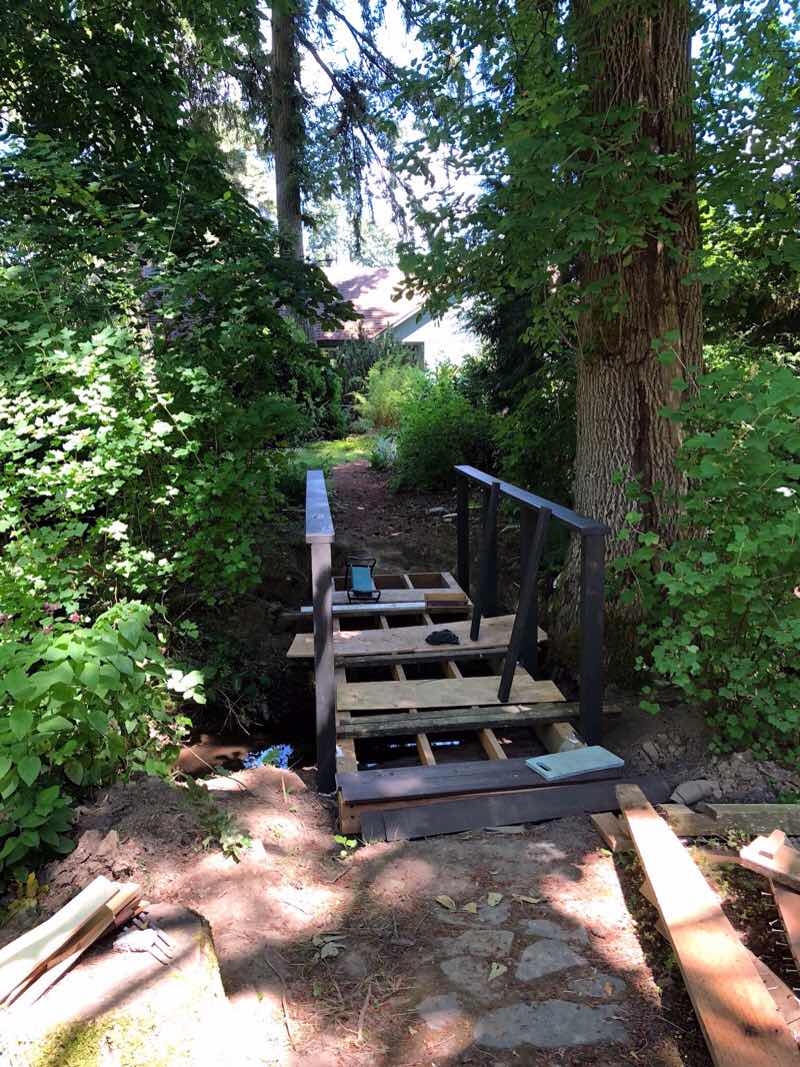 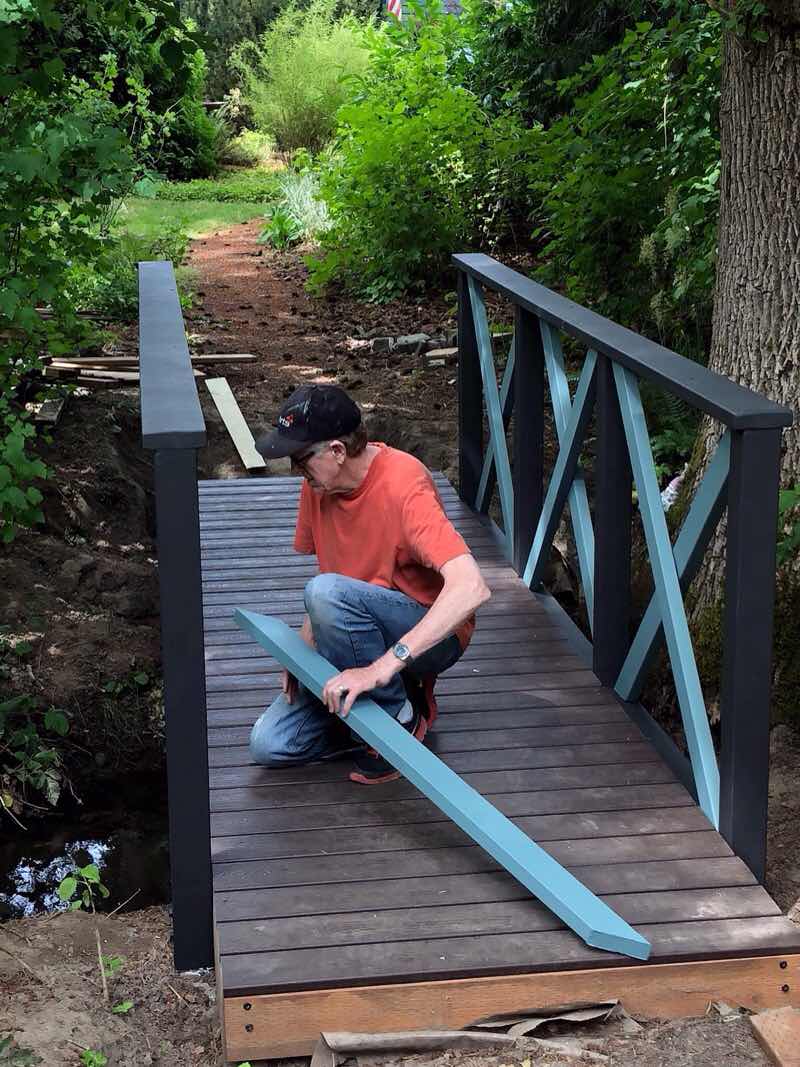 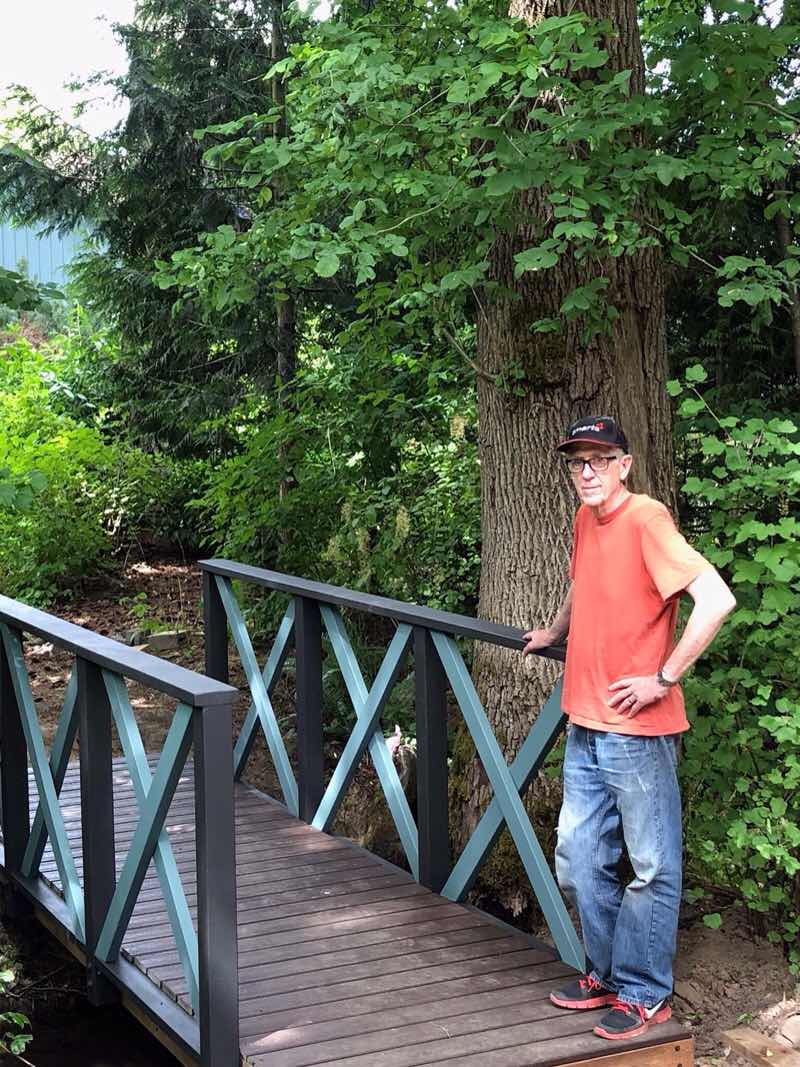 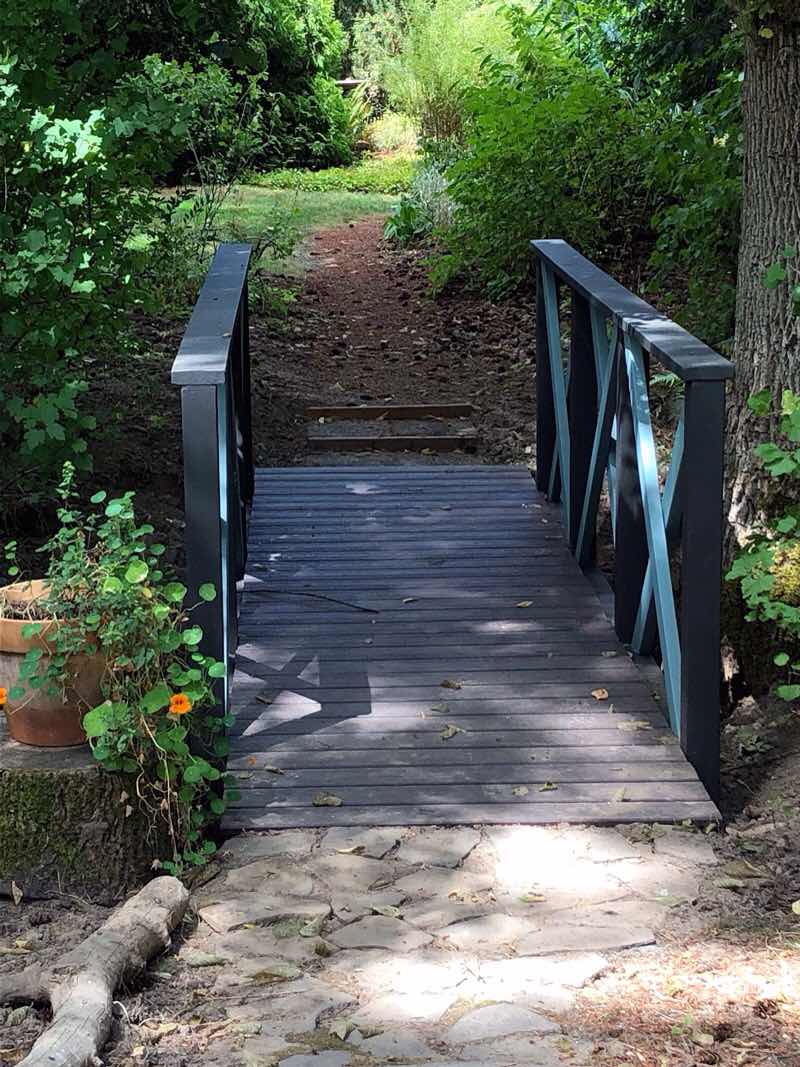 I love it. The deck is a manmade material, which should be less slippery and it's plenty wide enough for the garbage cans. I cross it everyday to get to my studio and always pause to admire the great job we (mostly Ray) did. Winter rains will be the real test.
Another project that was ignored too long was repairing a tiled garden bench that I made several years ago. The tiles started falling off, especially the yellow edge tiles, almost as soon as I finished it. By this spring only a few of the tiles were still attached. I think failing to seal the wood before tiling was the mistake I'd made, so Ray removed the remaining tiles and grout and sealed it. I got some better (I hope) adhesive and retiled. It still needs grout, but I will do that soon. 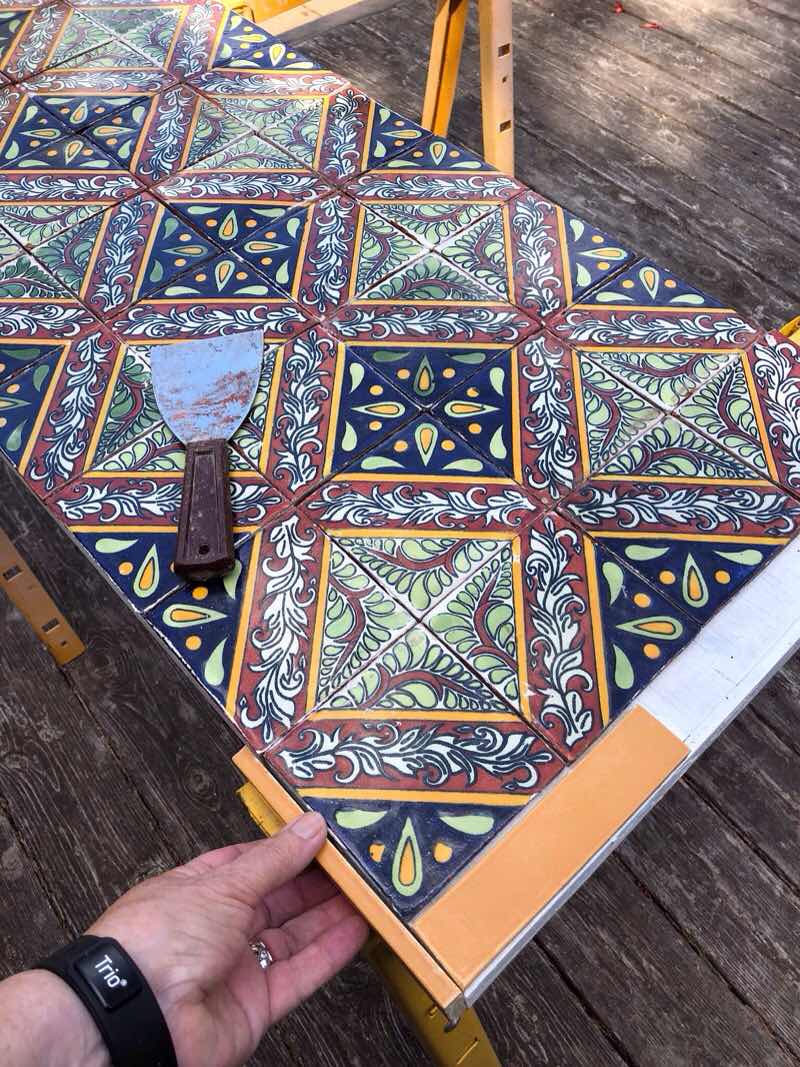 My other summer project was to make some small pincushions to give the Columbia FiberArts Guild Board members who have been so great during my tenure as president. I used my scraps of solid fabrics and then added a little "thank you" tag to each one. It was a fun project that I worked away on for several months. 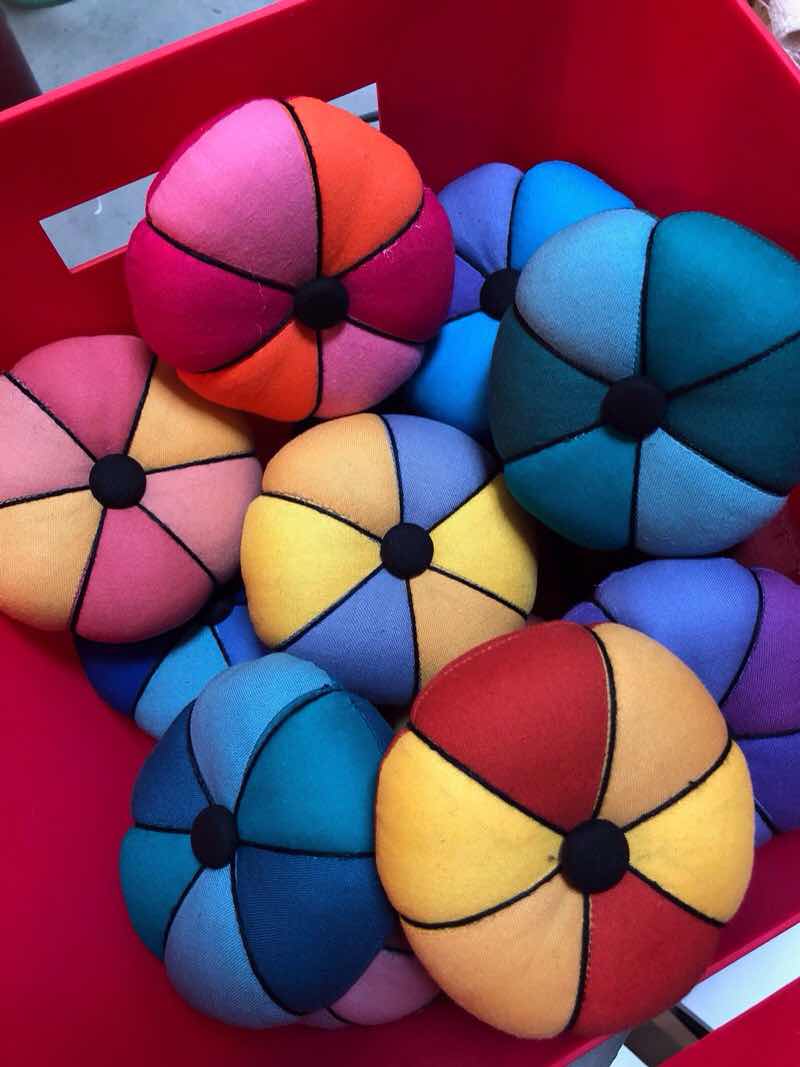 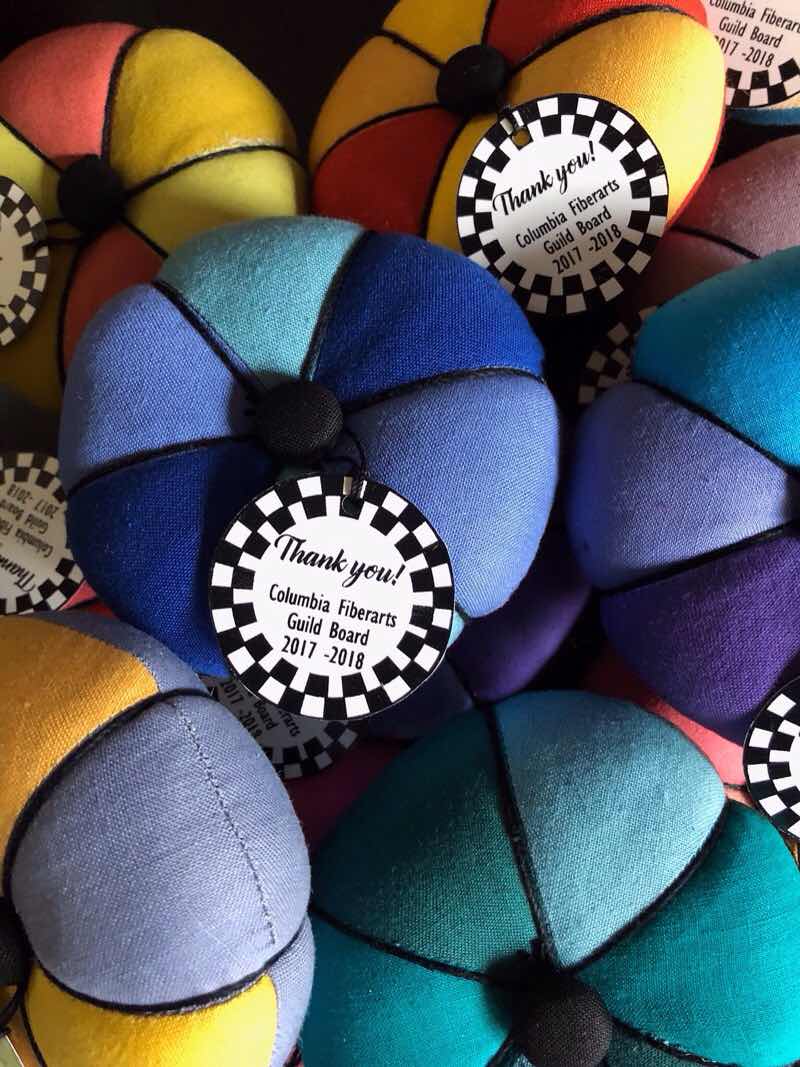 So now fall and winter. New projects include painting my kitchen, organizing my digital photos into some reasonable system, and cleaning out my studio. Life is really just one project after another, isn't it? Or is that just my life?z
P.S. I forgot to mention that the bridge project only happened because son, Andy and son-in-law Carlos dug the holes and poured the concrete footings for the bridge. These two strong young guys did the hardest part!
Posted by Terry Grant at 3:17 PM