Around and about in Seattle

I took this photo with my phone from the restaurant where we had dinner the first night I was there. The blue-ish lighted structure just right of the center is the Space Needle. Ray thought it would be fun to have dinner in the restaurant at the top and assigned me to find out if I could make reservations the next day while he was in his meetings.When I went online the next morning I found that we couldn't get a reservation for the Space Needle restaurant until much later than we would want to eat. Then I looked at the online menu and could see that dinner would be close to $200 for the two of us and decided it was just as well that there were no reservations left!

We were so lucky to have almost no rain the days we were in Seattle. I kept reading my Portland friends' Facebook posts about all the rain there. It provided me with a good opportunity to be out and walking. Ray was in meetings for the first day, but then, on Friday, we went out to see some Seattle and end up at the Seattle Art Museum for the Picasso exhibit in the afternoon.

The day before I had seen a clothing store with window displays of old sewing machines. Every window was lined with them—hundreds of them. I had tried to take some photos but the reflections on the windows were so bright that you couldn't see them. So we went back so I could try again. 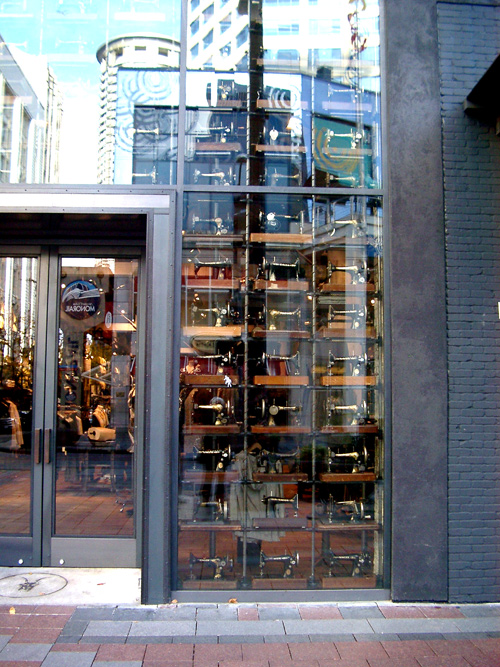 Same problem. Then I noticed a wall full of machines inside the store and went in to see them. 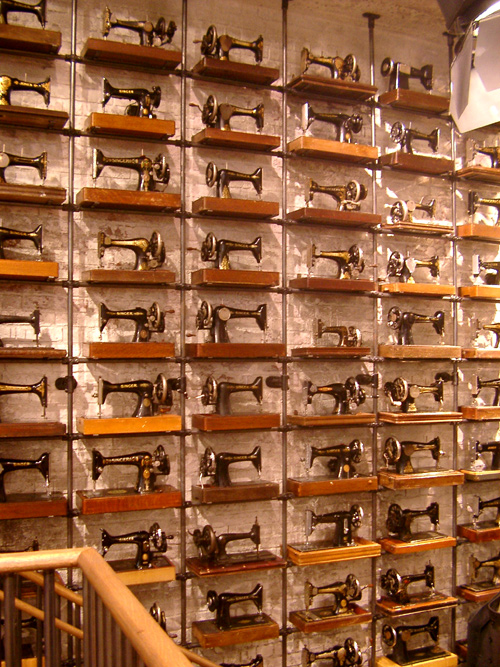 And a better view of the window display from the inside. 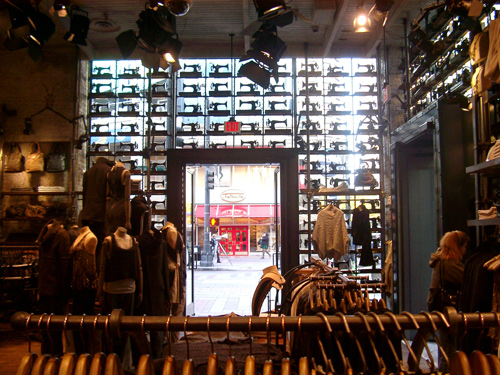 Inside they also had big, old industrial machines used in displays. 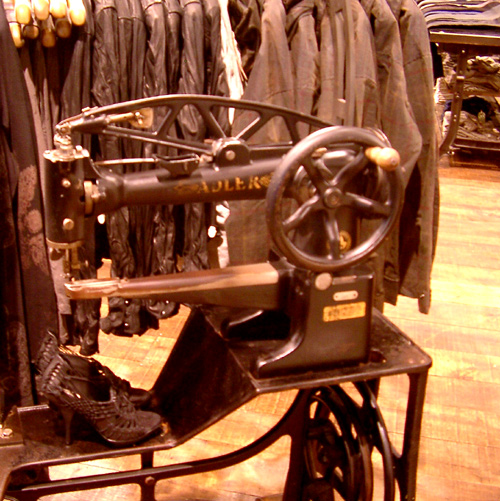 Don't know why it seemed so important to get pictures of those machines, but they fascinated me and I loved the stark graphic appeal of the way they were displayed. The clothing in the shop must have been quite trendy. There were a lot of young, hip people shopping there, but it looked very drab and artificially distressed to me. Nevertheless, I was a big fan of their displays.

We were making our way toward the waterfront, but with plenty of time to spare. My sister, who lives on the other side of Puget Sound, was taking the ferry over to meet us for lunch and the museum. We made our way down through the Pike Street Market and took the stairways down from the market. I had never noticed before, or perhaps they are new, the clever lighting on stairways. 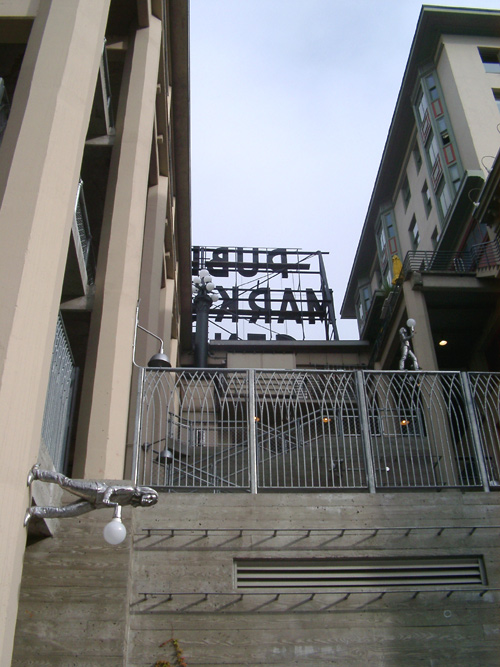 See those metal guys walking down the wall and across the railing, holding lights? They are all through that series of stairways. 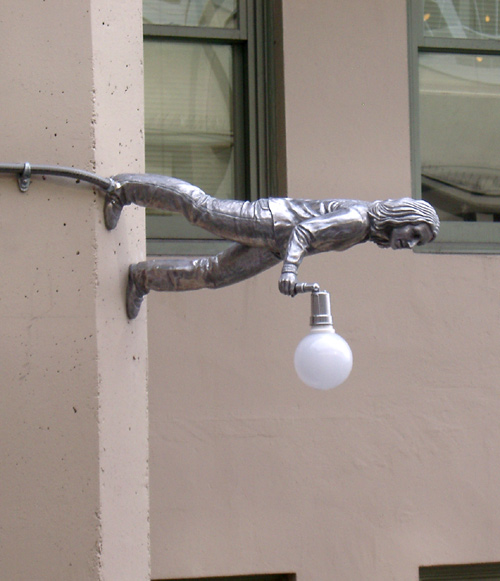 As we arrived at the waterfront, we could see the ferry Becky was on coming toward its dock. 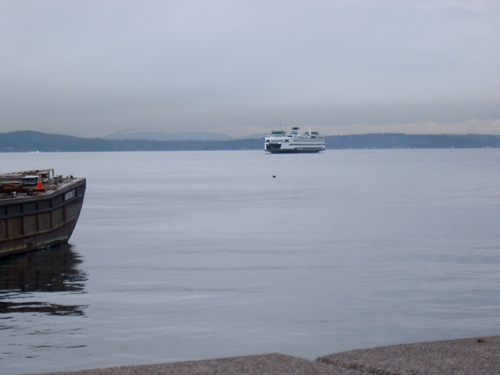 The Washington State Ferries are wonderful for connecting all the islands and peninsulas in the vast Puget Sound area. The trip from Bremerton, near where Becky lives, to Seattle takes about an hour. We have made the trip many times, but I always love it. On clear days you can see the Olympic mountains behind you and the Seattle skyline up ahead. On misty or foggy days, Blake Island and Bainbridge Island seem to glide, silently past you, then slowly the city unfolds out of the mist. We got to the ferry terminal just as the passengers were walking off. Right on time and there was Beck.