I am continuing to work on my "Oregon Trail" quilt. It will be about the women of the Oregon Trail. I have finished 4 of the 5 I have planned. Today I finished the older woman. 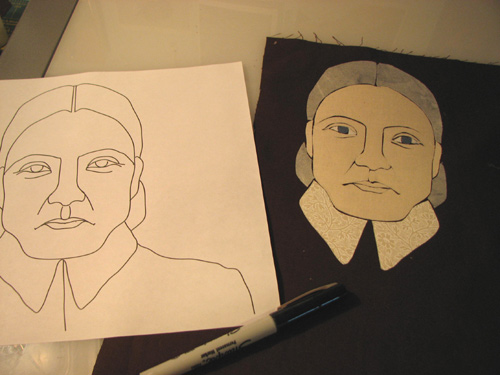 On the left is my drawing, made in Illustrator, that I am working from. On the right you can see how I start one of these faces. The fabric is cut and fused to a dark background. The background fabric creates lines in the spaces left between the fabric pieces.

Here are the faces I have finished. 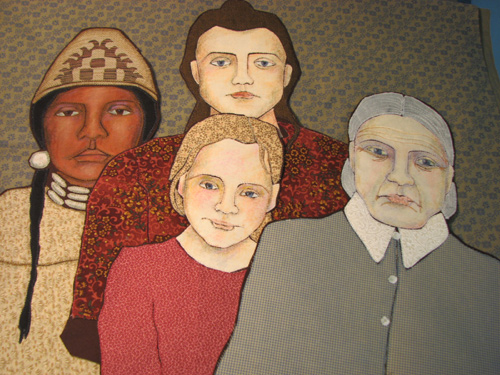 The last will be an African American woman. The history of African Americans on the Oregon Trail is complicated and rather sad. Despite slavery being illegal in Oregon after 1844, many families who came west on the trail brought slaves with them and the practice, while illegal, was apparently tolerated. Some slaves were freed after they arrived in the Oregon territory, some weren't. After the Civil War many former slaves hoped to come west, but exclusion laws were common and they were not generally welcomed. Nevertheless, some established themselves as landowners and put down roots and earned the acceptance of their neighbors.

Coincidentally, yesterday my friend, Frank Lundburg, who lived near where I grew up in Pocatello, Idaho, posted this marvelous photo on Facebook. 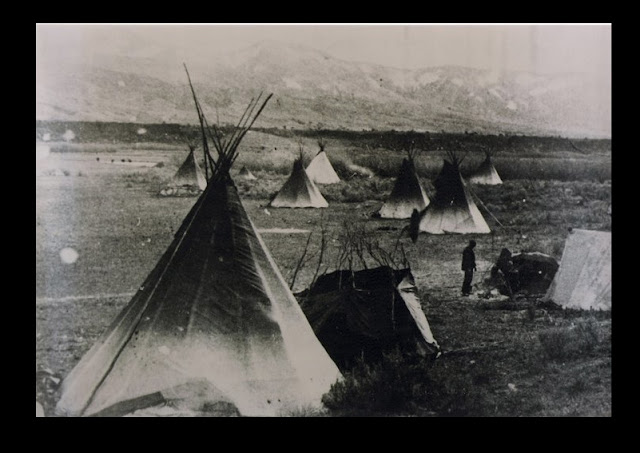 Photographer unknown c. 1880 - 90. From Frank Lundburg's historical collection.
This is the land where Frank's family home was much later. Our family lived just outside the righthand side of the photo. This is the Portneuf valley on the western side of the Portneuf Gap where the Oregon Trail came through the mountains.I love seeing what this area looked like a hundred years before I lived there.

The western migration on the Oregon Trail began in 1854 and lasted for about 25 years. At some point my great grandmother came through here in a wagon on her way to Oregon. Years later I followed the trail to Oregon.  I feel a real connection to this piece I am making and I really want it to be "right."
Posted by Terry Grant at 6:20 PM