Today is the 6 year anniversary of the first posting on this blog. Thank you, thank you to all of you have made it a conversation, not just my own odd thoughts and musings.

I nearly forgot these anniversaries. 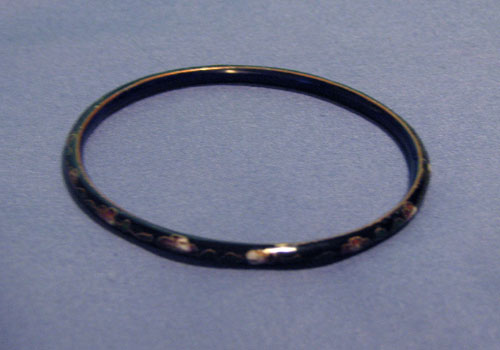 What I didn't forget—was not allowed to forget— was that ten years ago I awoke to the news of a plane hitting one of the towers of the World Trade Center in New York. You all know the rest of that story. As I got ready to go to work I watched the drama unfold on TV in disbelief. As the second tower fell I was thinking of the trip we had taken as a family, ten years before, to New York and Washington D.C. and the beautiful day we spent going to the observation deck at the top of the World Trade Center. The view was clear and surreal from that height. Breathtaking. My kids wanted T shirts, so we stepped into the gift shop near the observation deck and I spotted a pretty enamel and cloisonne bracelet that appealed to me. I bought it and popped it onto my wrist and thought, "every time I wear this I will remember this beautiful day." And now I was seeing devastation and empty sky, save for dust and smoke, where we had stood 10 years before. I grabbed the bracelet out of my jewelry box as I ran out the door to head off to work and I wore it every day for the next week, constantly touching and twisting it on my wrist as I watched the horrors on TV.  One day I took it off and put it away where it has remained for ten years. I never wore it again.

Even after ten years it is hard to think about that day and even harder to add up all the consequences and all the bitterness and ugliness and paranoia that began with that evil act. I am unwilling to participate in the "celebration" of this anniversary and am avoiding the TV specials and the rehashing of that terrible day. Someone told me we need reminders so we will never forget what happened. I don't need a reminder. I won't forget. Will you?
Posted by Terry Grant at 11:47 PM