I may have found it

I did a little more research on drawing apps for my Kindle Fire and found Sketchbook Pro. It seems to be the drawing app iPad users prefer and is available for the Kindle. It wasn't free. It cost all of $2.99 and seems to be much friendlier than those other apps I reported on yesterday. I will need to take some time to delve into all the features and, of course, try out everything and practice them all a bit before I feel competent with it. But here are a couple of very quick tryouts. 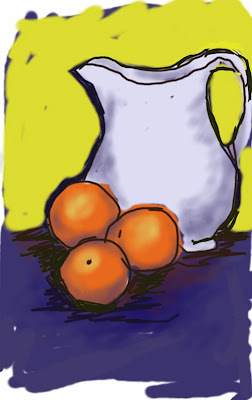 Nice painterly effects and a simple, straightforward way to do some blended shading. 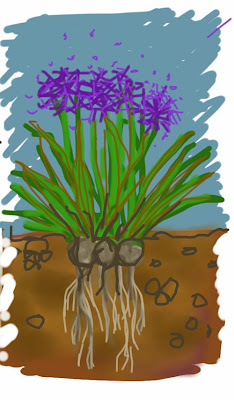 I can work with this.

Joanne said I should have gotten the iPad. Well, maybe in a perfect world, where it doesn't cost 3 times what the Kindle Fire cost. It's main advantages would have been the slightly bigger screen and the 3G or 4G connectivity. The Kindle requires Wi-Fi. It is the small price to pay for saving $400. It's a toy. I don't fool myself about that. So is an iPad—albeit a slightly fancier toy. For really precise drawing, I have Illustrator and Photoshop on my computer. What I was looking on for in the Kindle was an app that would allow me to make quick, simple sketches on the fly. Maybe it won't turn out to be anything I will really use, but I rather like the idea of fooling around with quilt ideas or just entertaining myself with it. And, really, if you haven't, you should look at a Kindle Fire. It is very cool. I can read my email and blogs and Facebook with the greatest of ease and the screen shows photos on web sites and blogs beautifully. Most of the apps out there are available for both iPad and Kindle and other tablet devices, so those are the same and work the same on either device. Angry birds and Words with Friends are super on it. I do wish they would get the Kindle version of Draw Something  out there, though!

On a very, very low tech drawing note, I just had to show you this Easter egg, decorated by nature. 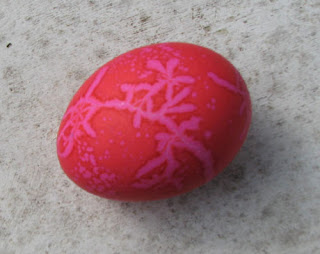 I dyed a dozen eggs in solid colors. On Easter morning my son hid them out in the yard for my grandchildren to find. This egg was solid red and placed outside in a bed of damp sedum, branches of which imprinted themselves onto the egg, along with fine speckles I suppose from the dew. It couldn't have been better designed if it had been done on purpose!
Posted by Terry Grant at 11:48 PM