This morning I had guests in my studio. Chela, mother of my son-in-law, Carlos, is visiting from Cuenca, Ecuador in South America. She and Sofia, our shared granddaughter, spent the morning in my studio. Chela is "mi consuegra," which means co-mother-in-law. I love that the Spanish language and culture recognizes a named relationship between the mothers (and fathers) of a married couple.

Chela brought Sofia a doll she made for her that is a "Chola Cuencana" which means an indigenous woman of Cuenca, the city where Chela lives in Ecuador. 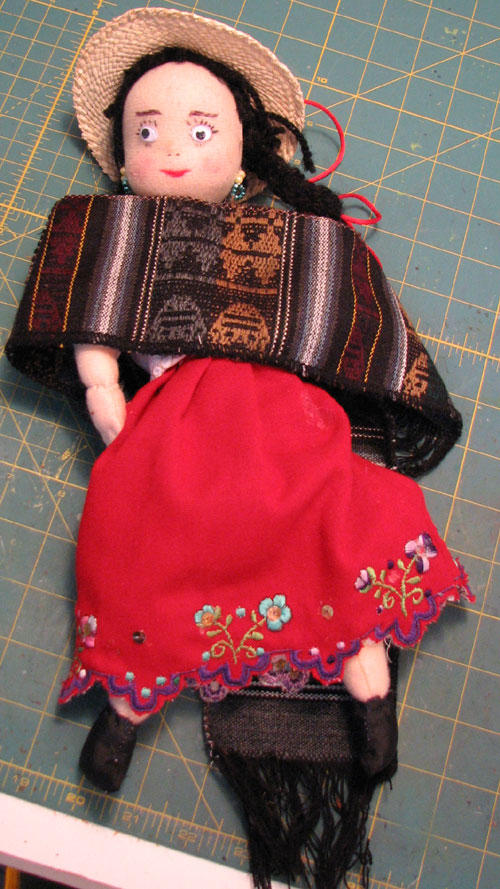 She is dressed in the native dress of the Indigenous people of that area, including the traditional Panama hats that are made, not in Panama, but right there in Cuenca. (they are called Panama hats because they were worn by the workers on the Panama canal) Somehow Sofia and Chela came to the conclusion that this lady needed a baby. That would require the resources of my studio. 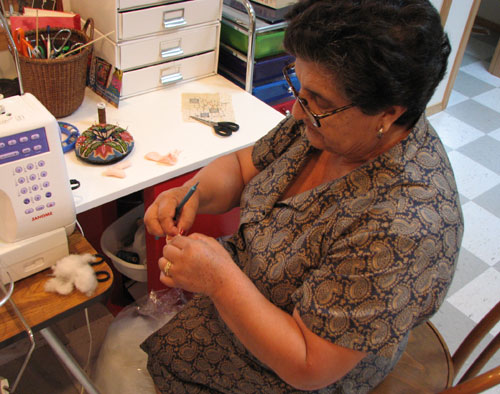 Chela is a very accomplished seamstress. I have visited her studio in Ecuador. She sews for her own pleasure and also does production sewing of school uniforms to earn a little extra money. She quickly found the fabrics she needed in my stash and whipped out a baby doll in no time at all. Here she is stuffing the tiny body.

Meanwhile Sofia was busy weaving a potholder for her Abuela to take back to Ecuador. 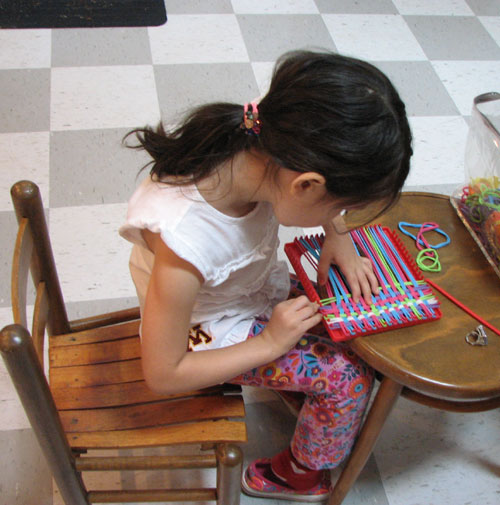 I acted as support staff, fetching whatever was needed.

Here is the baby almost finished. 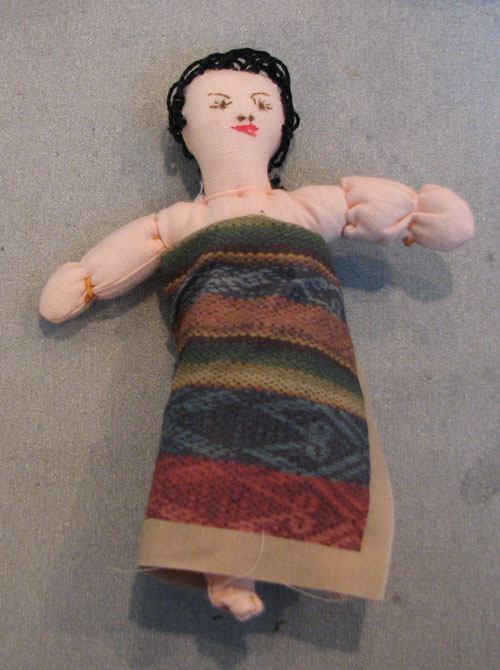 Chela wasn't very happy with the mouth. My fabric marker was a little too large to control very well. I had a bit of Ecuadorean fabric for the skirt. She added a lace-trimmed shirt as well. 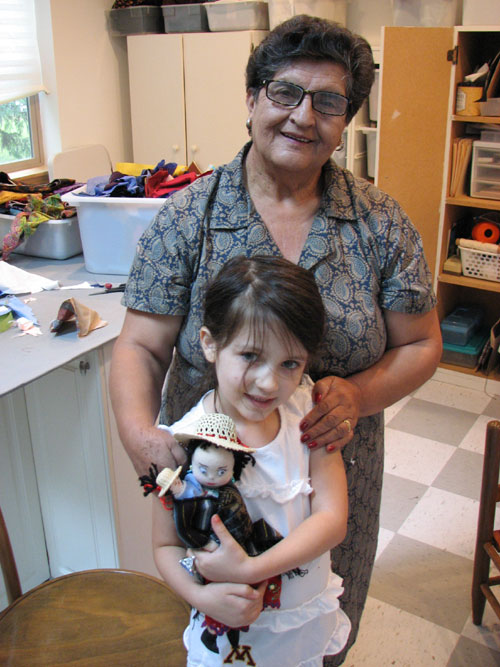 Finished! As Chela was trying to decide about a head covering for the baby I remembered a tiny Panama hat that had been a decoration on the bag when Ray bought a hat in Ecuador years ago. I found it and it fit the baby perfectly!

Would you like to see where Chela lives? Cuenca is a World Heritage Site and the most beautiful city in Ecuador. We have been there a number of times and love it. It is a wonderful place. I found this charming video that will give you a little of its flavor. The background music is a song called, "Chola Cuencana"—like the doll. Click here: http://www.youtube.com/watch?v=HNy9W9N2vlI&feature=related
Posted by Terry Grant at 11:02 PM