I was curious about the Hearst Castle, though I did not know much about it, except that it was a huge house, built early in the 20th century, by William Randolph Hearst, somewhere along the California coast. It sounded interesting, but I also must admit I expected it to be some tasteless, glittery example of rich guy excess. Well, there is a touch (!) of excess involved, but I now must concede that it is beautiful and well worth the price of admission. If you are interested in the history and the celebrity parties and all that, it is all here. One of the aspects of the story that most fascinated me was the architect—Julia Morgan, who worked with Hearst on the design and building of the castle from 1919 to 1947. It was so unusual for a woman to be an architect at that time and she was brilliant.

The castle sits high on a hilltop, part of the Hearst family ranch that remains a working cattle ranch to this day. We purchased our tickets at the fancy visitor's center and boarded a bus to make the winding trip up to the castle for our tour. 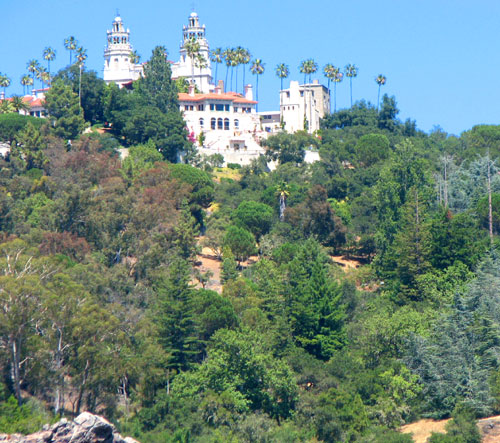 As we disembarked from the bus and climbed the stairs to the large plaza area in the front of the house, the first thing that caught my attention was this rabbit tile, set into the bricks, just the beginning of many small, beautiful details found everywhere on the property. 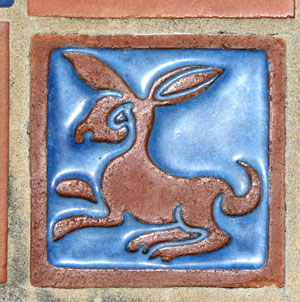 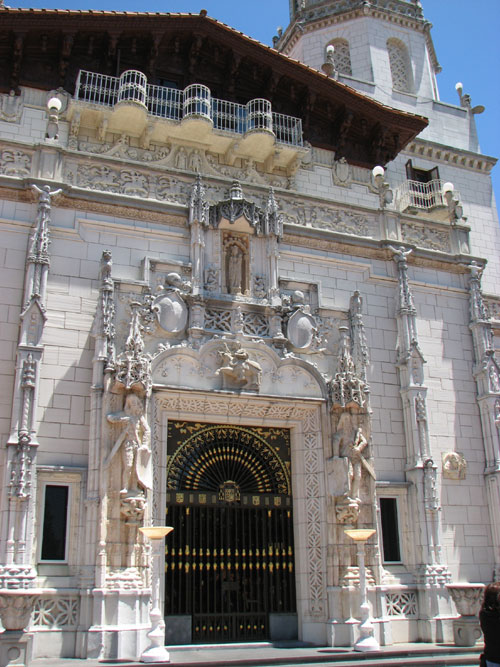 The building was inspired by different European cathedrals with a grand central entrance and double towers. 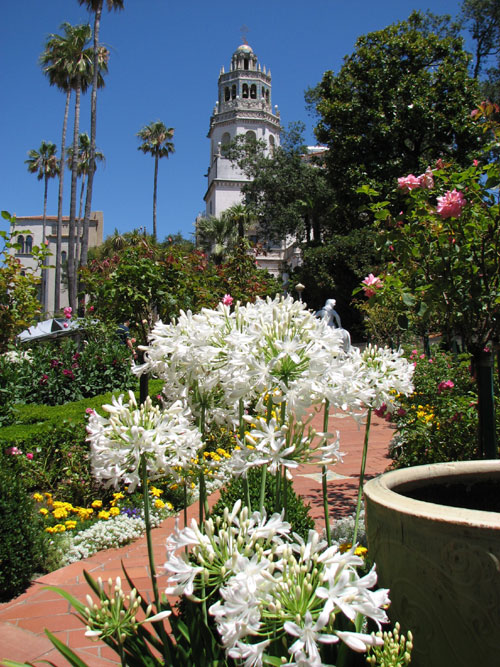 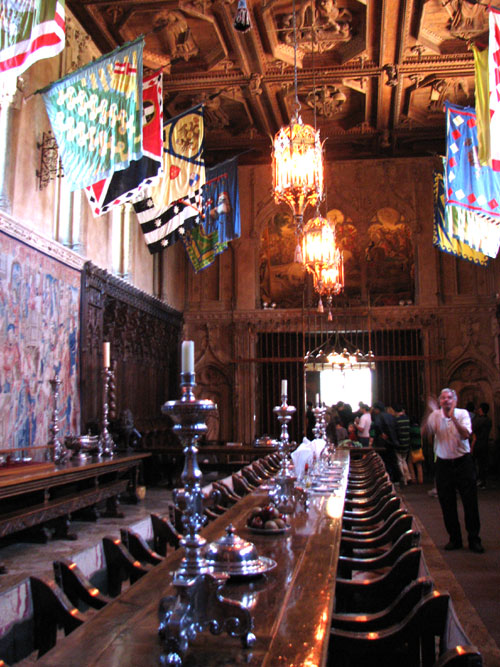 Set designers for the Harry Potter movies studied the dining room as inspiration for the dining hall at Hogwarts. 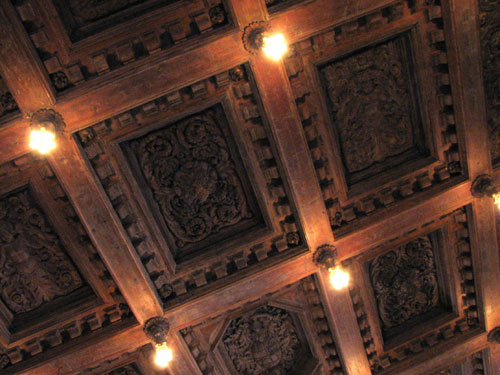 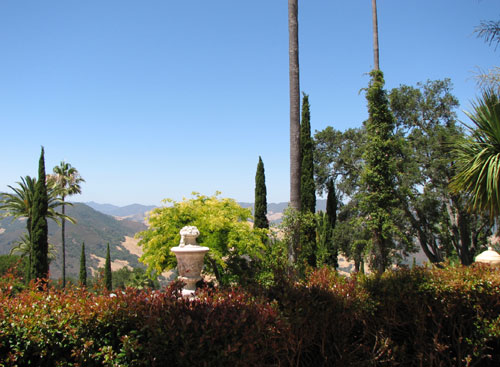 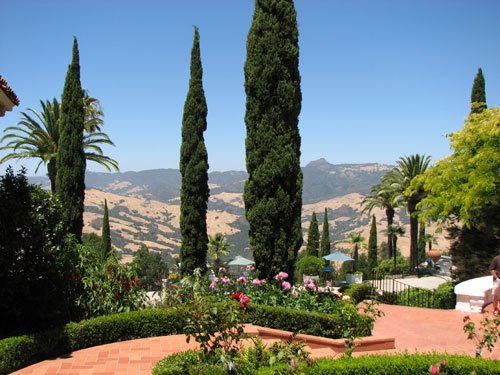 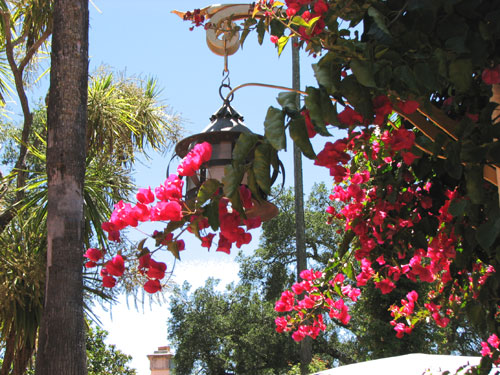 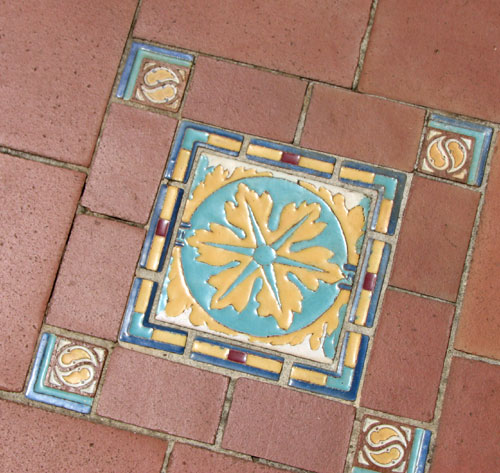 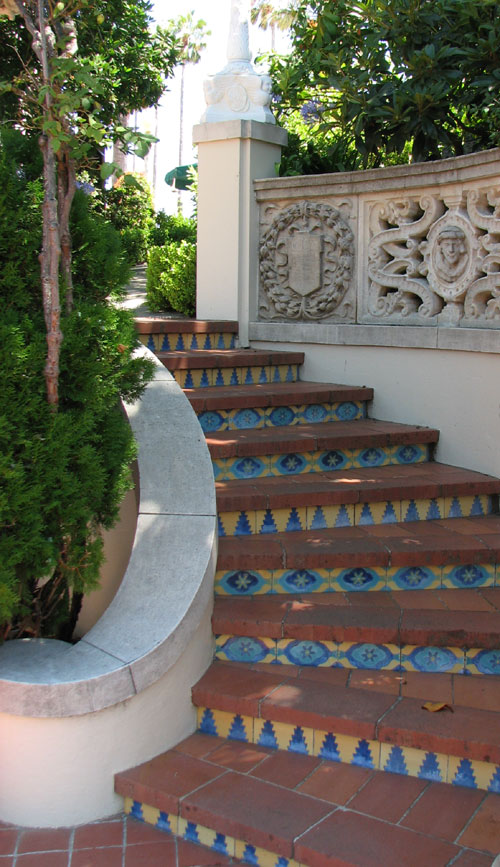 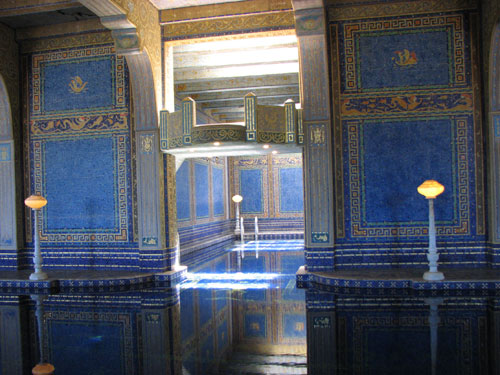 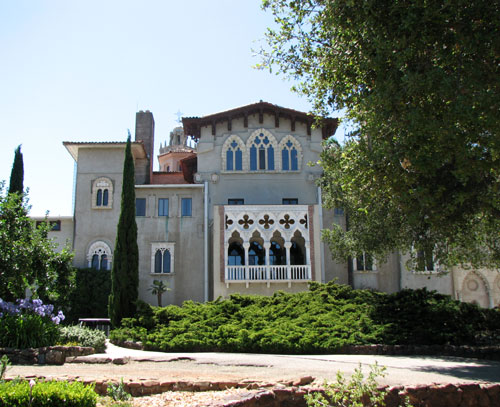 I chose just a few of my favorite photos. I took a lot more. Stunning views wherever you look.  I recommend a visit if you are in the area. The closest town is the very small town of San Simeon.
Posted by Terry Grant at 11:17 AM