I did a lot of that today. My seam ripper was my most used tool today. 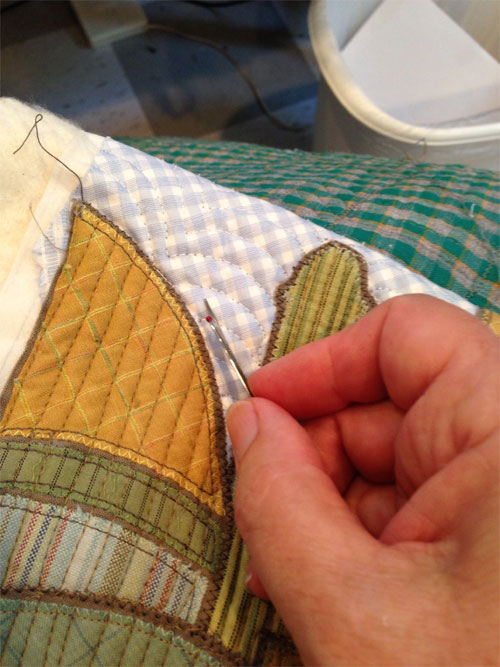 I was quilting the sky on the big quilt. I started out quilting lines that echoed the shapes of the clouds. It was the same scheme I used when I quilted the sky in the Red Domes piece. 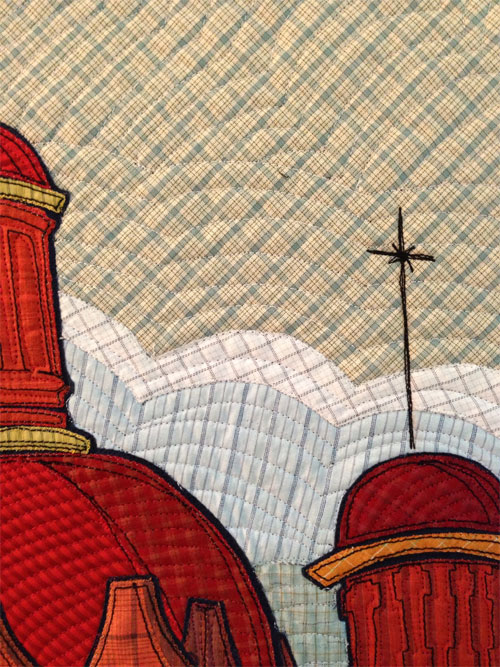 The sky in that piece bothered me a little, but I haven't been able to put my finger on just what I didn't like about it. Today I realized that all those scallop-y lines seemed a bit chaotic, so having finished one cloud portion, I picked all the stitching out.

I scratched my head for awhile, then decided that curved lines that didn't so much echo the cloud shapes as fill them might work better. So I started filling those shapes with a pattern of curved lines. Can you see it here? 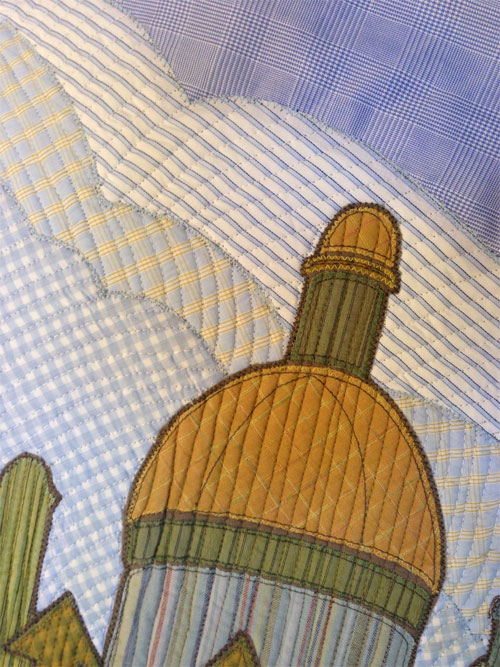 Much better in my opinion. I'm not quite sure why this works so much better (at least to my eye) than the first scheme, but it does. I think I have made a discovery, but I'm unclear about what it is!

In case what I am describing is not clear in the photos, here is what I started doing:

And here is the improved version:

Deciding how to quilt a piece is always an interesting puzzle. I don't mark my quilting lines or draw them out ahead of time. I generally just look at the piece, get a feel for what I think will look best and then free-motion away. When I got to the open sky above the clouds I continued the curved lines, but found I was having a hard time getting them consistent enough in the larger area. I got one section done and it looked so awful I pulled out the seam ripper and spent another hour un-sewing again. Then I remembered having had this problem once before. Cutting a little cardboard template had worked well, and it worked again today. 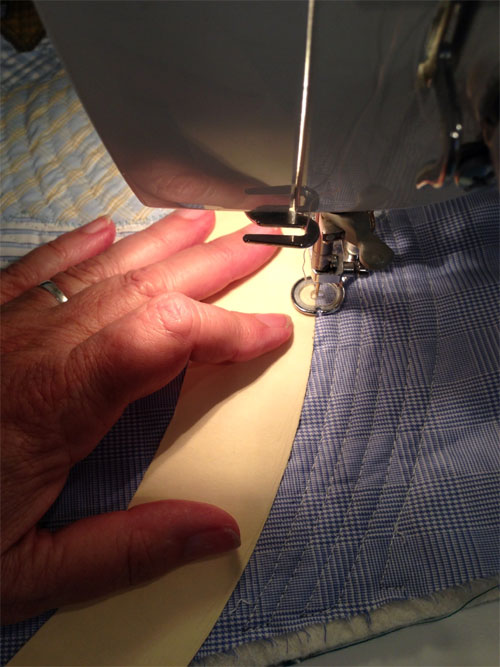 I cut the curve I needed from some card stock, then I just held it against the quilt and stitched alongside it. Then I could slide it over a bit and stitch the next curved line and so on. When this sky is finished, the quilting on this quilt will be done.
Posted by Terry Grant at 11:08 PM