Hello, it's me again 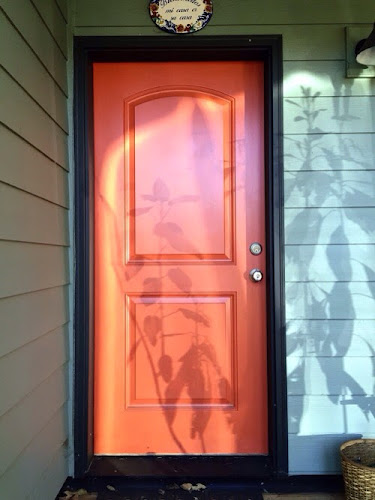 I don't need to tell you that my blog has been neglected. I'd like to say it was because I have been so darn busy working that I didn't have time to write. The truth is I've been neglecting the studio as well. Our early, lovely spring weather has had me in its thrall. My friends Kristin and Art LaFlamme came to town to house hunt and stayed in the studio. I couldn't resist tagging along to see some of their house finds and stop for lunch and then go out for dinner. And then I think we did it all over again. After they left, Ray and I took a day off and went downtown to lunch at the food carts in the sunshine and then took in the current show at the Portland Art Museum. I've shopped, I've knit, I've met with friends and spent time with grandchildren. I have not worked at much of anything. It's been great. But today I was ready to get back to work and that orange studio door called to me. 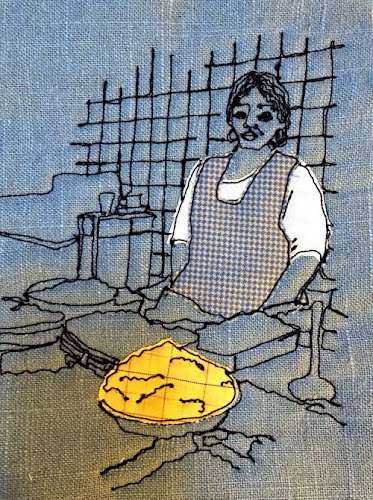 I was back at my little stitched drawings. I liked the natural linen I have been using for the backgrounds and decided to try some on this blue-gray linen. Another scene from the Ecuadoran market. This lady was selling dried corn and beans. Remember the other market piece? 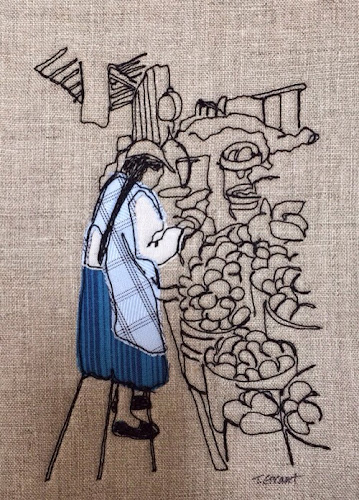 I liked how it turned out and I sent it off for the SAQA conference auction, so I made another, slightly larger. 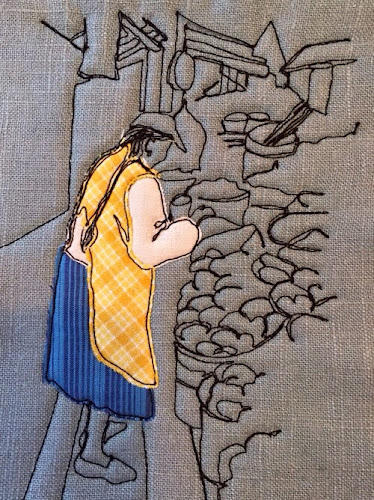 You know what? Doing the same thing again isn't really fun. I don't think I'll do that again.

My wonderful Dr. Slick fly-tying scissors are so good for trimming those added fabrics. 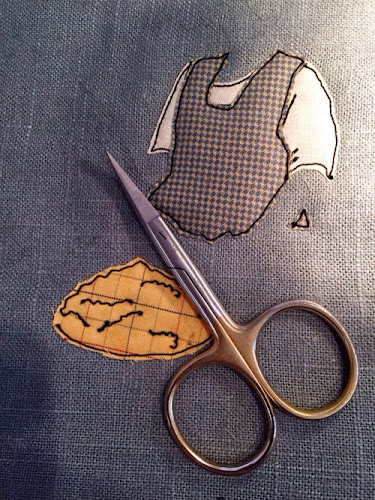 Winter hardly made an appearance this year. Spring came early and stayed. I'm not complaining and I'm not feeling guilty about enjoying it while everyone back east is buried in snow. A price will be paid, I imagine. It's not good to have so little snowpack in the mountains. Yesterday it rained and blew a tree down at the end of our driveway, but today was beautiful and now, in addition to the daffodils, we have tulips blooming. There is no arguing with tulips. It is spring.

Posted with Blogsy
Posted by Terry Grant at 11:34 PM