At the end of our week in Costa Rica we flew the short distance to Managua, Nicaragua. We had signed on for piggybacked, second Road Scholar tour of Nicaragua and we met up, at the airport, with our friend, Muriel, who was meeting us for this leg of the journey. Our guide met us at the airport and took us to our hotel in Managua. I found Managua a very different kind of city than any other Latin American city I have visited. An interesting, but contradictory place.

First impression: The van ride to our hotel took us through an area of small shops and residences, which were little more than shacks, built from cast off bits of metal sheeting, reclaimed plywood and concrete blocks. The streets were dirty and a canal, filled with garbage ran alongside the road. Children played in the streets and a wild assortment of bicycles, motorbikes, carts, ramshackle autos and beat-up pickups, as well as pedestrians competed for the narrow, dusty streets.

Second impression: our hotel was a Holday Inn on the edge of town, reminiscent of the 1960's—nice enough, and certainly comfortable, but oddly anachronistic, and seemingly out of place. 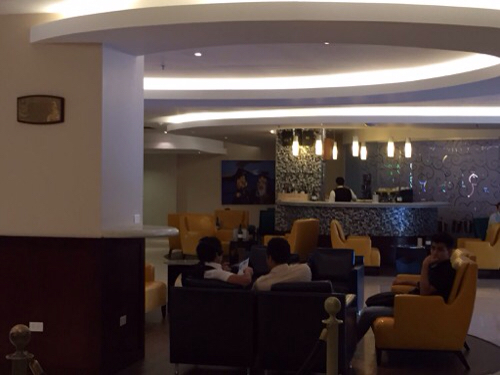 We checked in, then got a cold drink to take out to the pool area. It was hot and it felt good to sit in the shade and catch up with Muriel. At the pool a photo shoot was in progress, involving 6 - 8 very beautiful, barely clad girls. We never discovered what it was for. A beauty competition, perhaps? 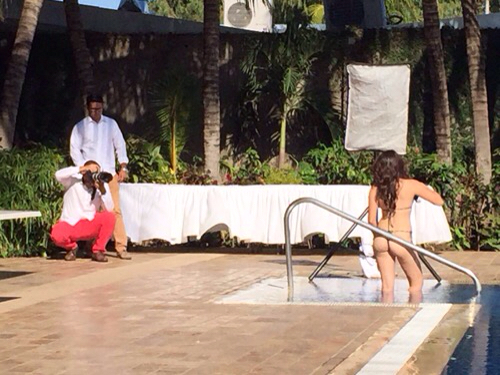 Not all of our group had arrived and we were on our own for dinner. Our guide, Eli, suggested a restaurant he thought we would like and said he could drop us there on his way to the airport to pick up the rest of our group.

Third impression: The restaurant was lovely. We sat outside on a patio with flowers and stars overhead, while a man, with a beautiful voice sang and played guitar. We had met LeAnn, another member of our group, who went to dinner with us. The food was typical Nicaraguan fare and very good. "OK," I thought, "now we're here." 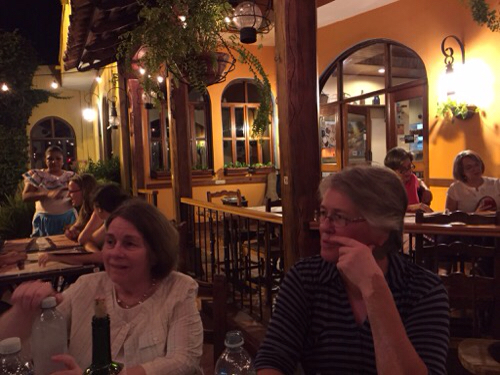 The next day was spent learning about Nicaragua's history, and visiting monuments and places important to that history.

Fourth impression: Nicaragua's history is largely tragic. There is a feeling of sadness that pervades Managua. The city has been destroyed by earthquake several times in its history— the last in 1972—and as a result almost none of its Colonial history or architecture remains. Looking out from a hilltop toward Lake Managua, you see one tall bank building that survived the last earthquake. The rest is new, undistinguished, construction. 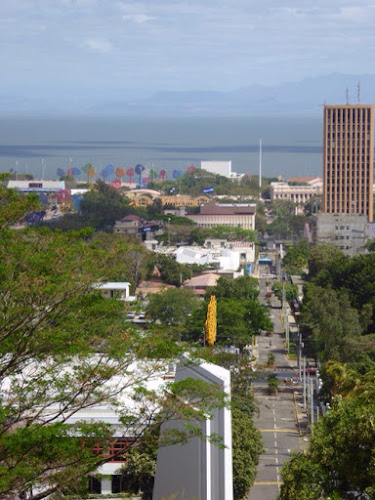 On the same hilltop we were introduced to the greatest of Nicaragua's heroes—Augusto Sandino. 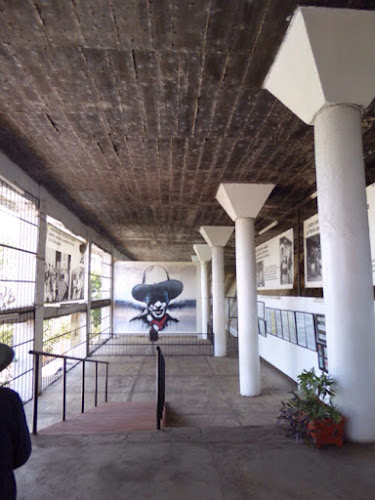 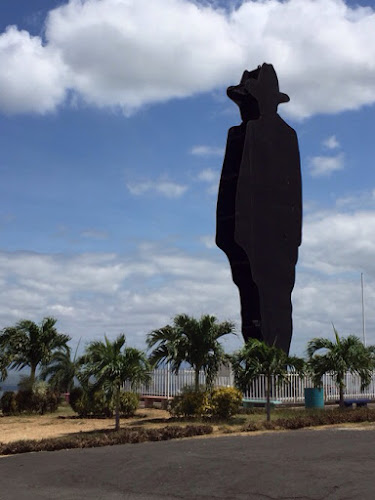 This huge silhouette of Sandino stands guard over the city. Sandino was the revolutionary leader of a rebellion against the US occupation of Nicaragua between 1927 and 1933, when he successfully forced the US troops out of the country. He was assassinated in 1934. He is still revered in Nicaragua and his image and statues appear throughout the country. The years that followed were filled with strife and Revolution, leading up to the civil war of the '80s. One of the leaders of the Sandinistas who took power as a result of that conflict, Daniel Ortega, is the current president of the country. There are still bitter feelings about the US involvement and support of the opposing Contras in that war.

We visited the central square and museum near the old Cathedral of Managua, which is a beautiful old building, but, as you can see through the upper Windows is a mere shell and uninhabitable due to earthquake damage. 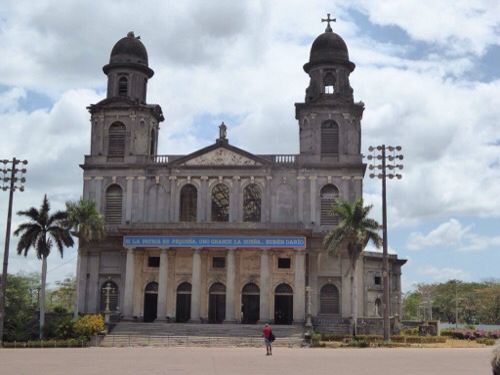 The new cathedral is an unattractive concrete building with a strange, bubble- like roof. 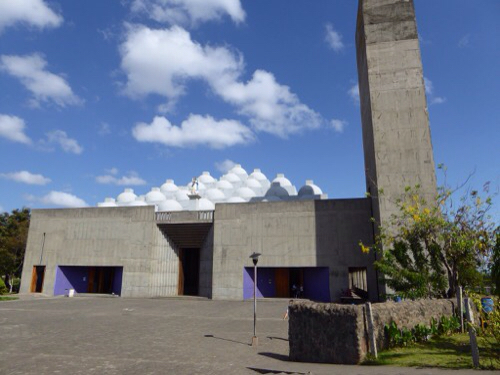 It is somewhat better-looking inside. 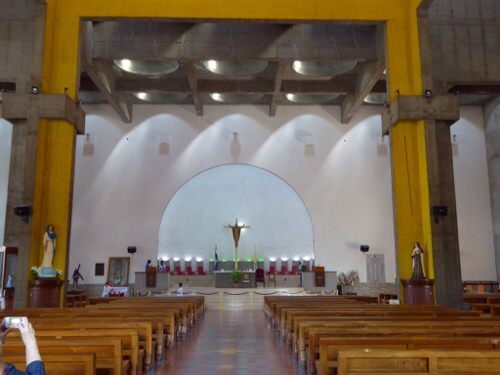 As we were leaving, a group of students, some in traditional costumes, were filing into the cathedral for an event. They mugged for our cameras and one shouted "weird gringoes!" Which cracked them (and us) up! 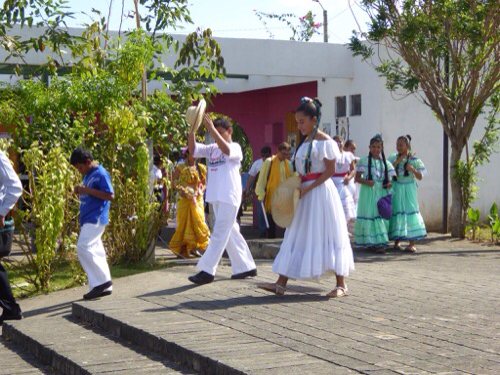 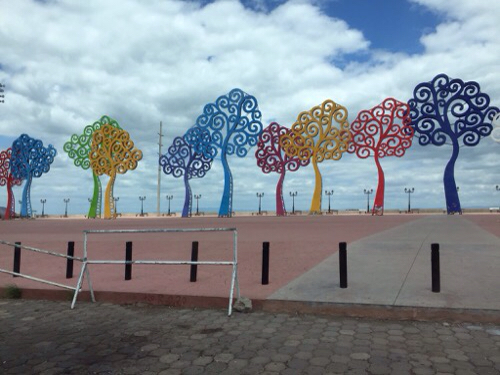 There are more than 150 of them throughout the city. A project of Nicaragua's First Lady, they are called "The Trees of Life" and are roughly modeled after this Gustav Klimt painting. They seemed more Dr. Seuss, than Klimt to me... 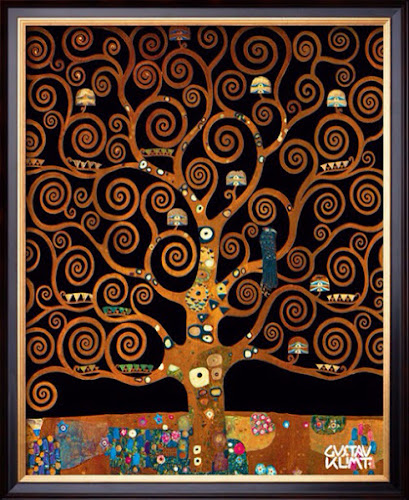 They started going up in 2013 and more are being added all the time. They cost approximately $20,000 each to install, plus the ongoing electrical costs. In such a poor country this is controversial, as you can imagine. I found them neither beautiful nor ugly, but simply inexplicable and weird. When our guide was asked what he thought, he shrugged and said, "well, at night they look nice." 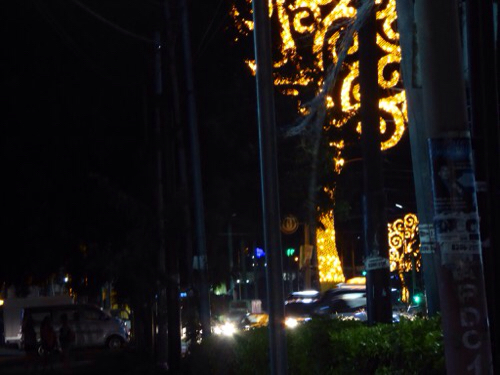 I tried to formulate an overall feeling about Managua—something I could say to express its character as a city—and I come up with nada. "Heaviness", maybe. It has lived through a lot.

Posted with Blogsy
Posted by Terry Grant at 3:59 PM