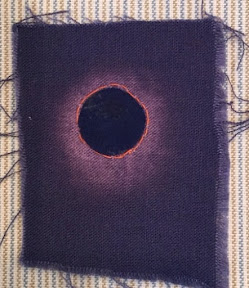 Coming toward the official end of summer and I'm feeling I'm due for some kind of a "reboot". My friend June has been taking a summer break from her artistic practice in a purposeful and declared way. I did not declare or intend, but seem to have taken the summer off from what passes for "work" as well. Not much to show on the fiber art front and the blog has been pretty pathetic. Sorry about that. Or maybe not sorry. It's been a pretty great summer.

Two weeks ago my post was "part 1" of my vacation photos, which kind of implied there would be a part 2. Well, I went back to look at what photos I had taken with grandkids at Universal Studios and Los Angeles, and found I had taken very few. That was because we were having too good a time! And I'm OK with that. The pictures are all in my head. I will tell you that I loved Universal Studios and I am not a fan of theme parks AT ALL. The Harry Potter portion of the park is truly spectacular and was such a thrill for Sofia, who has read and adored every single HP book, that the rest of us couldn't help seeing it through her eyes and feeling some magic there.

We had barely recovered from the big California adventure when we hit the road again. When Ray and I realized that the family cabin that my Dad built, and my brother now owns, was within the eclipse path of totality we decided that was a great excuse to head to Idaho, last week, for a visit with brother Steve and SIL, Brenda, and a trip to the cabin. Favorite people, favorite place. 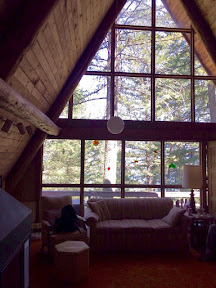 This is where I feel most in the heart of my childhood memories and the spirit of my parents. Steve and Brenda have made it their own, while preserving its heart and soul.

It has been a summer of heat and smoke, flowers and gardens and fresh vegetables, kids and their new dog, dinners on the deck, friends, family, frogs singing in the night, and shouting, joyful kid-sounds ringing through the neighborhood.

There have been magic moments: a young wizard receives her wand; four old folks sit at the edge of a mountain lake and watch the shadow of the moon move across the sun, suddenly extinguishing its light, and briefly, the stars come out and a shout of joy goes up from around the lake. 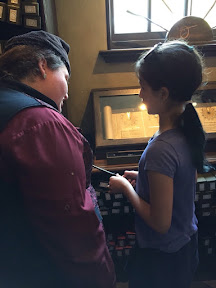 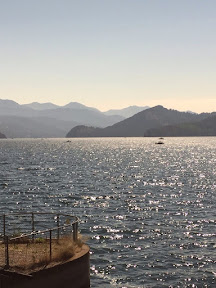 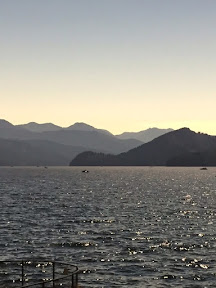 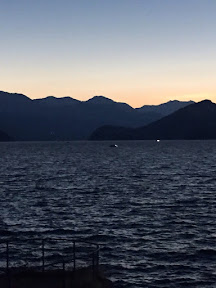 Another summer almost done. Once kids go back to school I think I'll be ready to go back to work. I'm beginning to wonder where I'll start...