Los Angeles. Just those two words strike fear in my heart. As Ray says, it's a love/hate thing. Love the many amazing things to see and do. Love the weather. Hate the freeways, traffic, confusion. Hate the weather. I thought I had "done" Southern California, with no need to return. I sort of cherished that idea. "I've been there, had a great time, seen a lot, survived the experience and never have to do that again." But then my daughter announced that at the end of their trip to Ecuador to visit family, they were considering a several-day layover in Los Angeles. Their kids had never been to any of the attractions. Wouldn't that be fun? So we had to agree it would be, and Ray and I made our plans to meet them there.

Ray and I arrived two days ahead of the family, so we could do some of our favorite things first. We spent a day at the Getty Museum—in my opinion the very best reason to go to LA and risk life and limb on the freeway. Without a lot of explanation, let me just say it is a museum experience like nothing else, combining natural beauty, architectural genius and great art. The featured exhibits were in celebration of David Hockney's 80th birthday, and were perfection, but did not allow photography. 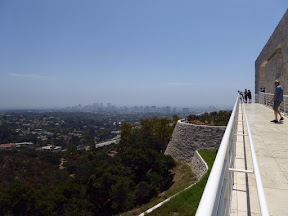 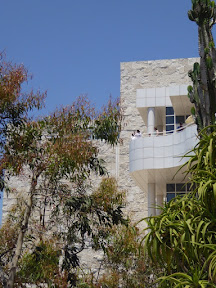 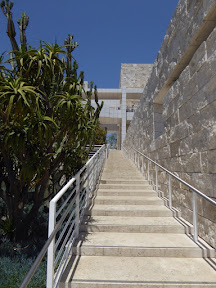 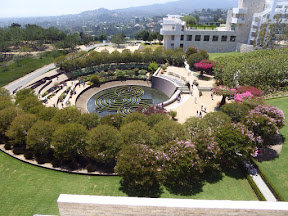 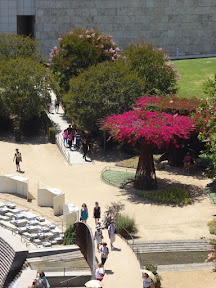 That evening we met Karen and Ted Rips for dinner and had a great visit! It was, in all, a wonderful day. 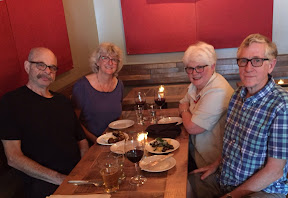 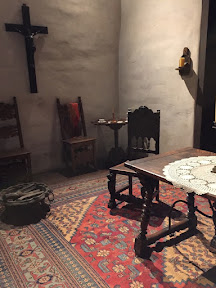 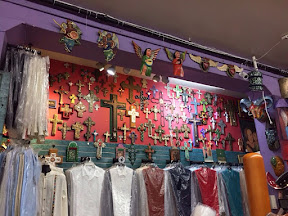 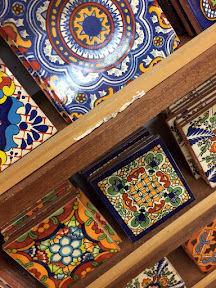 Many years ago I read a story about a man, Simon Rodia, who, over many years, built fantastical structures and mosaics of found objects and broken crockery, in his humble garden in the Watts neighborhood of Los Angeles. In the early '80s, we took our kids to Disneyland and I persuaded Ray to help me find the Watts Towers, as they had come to be known. We drove through a sketchy area of LA, guided by a paper map, with our two small children, and found it—one of the most magical things I had ever seen. I have thought about it for all these years, so on our recent trip we returned to see it again. It has not lost its magic. (For more information go to http://www.wattstowers.us/) 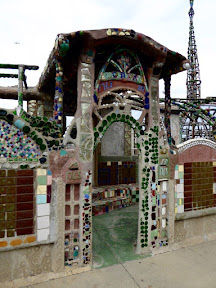 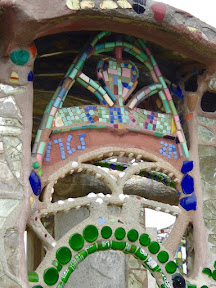 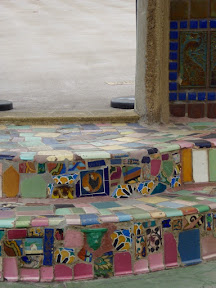 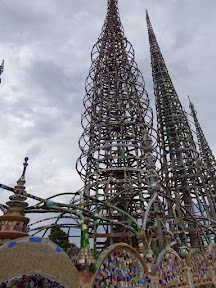 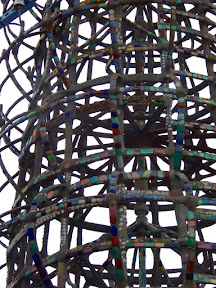 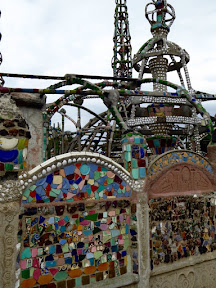 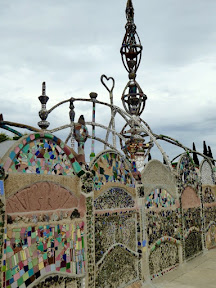 My heart was happy. My California to-do list complete. Tomorrow the family arrives and Phase 2 of our California adventure begins!