My brother, Steve, knows I am planning to build a studio at our new house, so he invited us to take a look at his studio. His first piece of advice: "Trust me, you really need a bathroom in your studio. Really." He didn't include one. Here he is pointing at the door and the long trek up to the house.

Second recommendation: "You really need a coyote hide to hang on the wall."

I'm taking the recommendations under advisement. 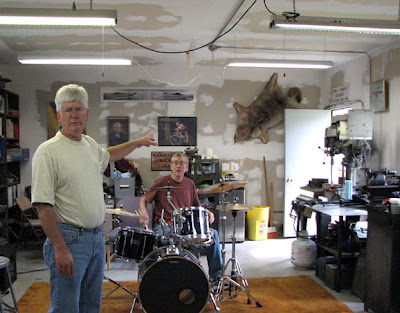 Steve's studio is a music studio and a bicycle studio and a tool studio and has the space and potential for whatever his next passion turns out to be. He's in a band again and they practice here. Note that Ray made himself at home at the drums. 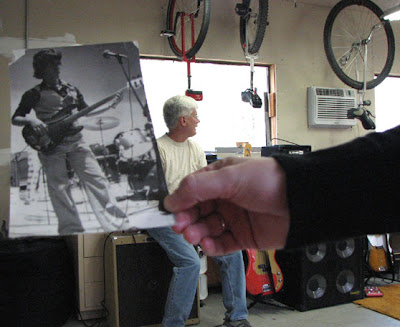 Bass guitars and amps line the walls and unicycles hang from the ceiling. (Steve rides and builds unicycles.) That's a photo of Steve playing bass in his younger days. He and Ray played in a band together years ago. They treated us to a little impromtu version of "Wipeout." Pitiful. 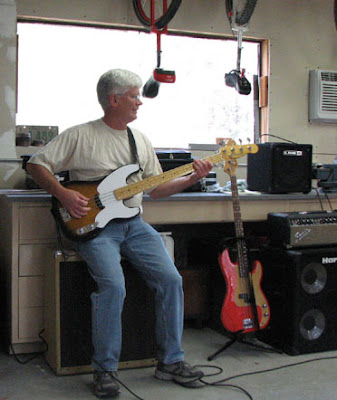 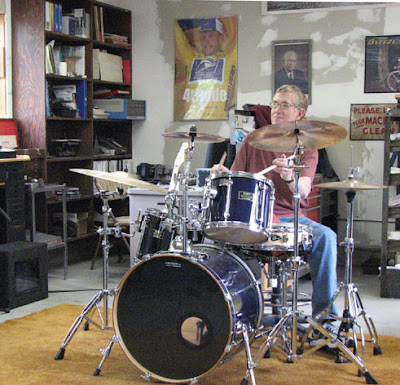 There's a lot of old stuff hanging around on the walls and on the shelves. The coyote hide you saw in that first picture was something my Dad killed and mounted. That's an Eisenhower campaign poster you see behind Ray's head in the photo above. And Lance Armstrong, of course. 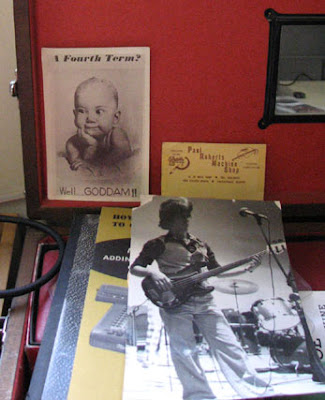 Funny old postcard (I assume it's a comment on FDR), one of my Dad's business cards and the previously noted, cool '70s Steve photo. 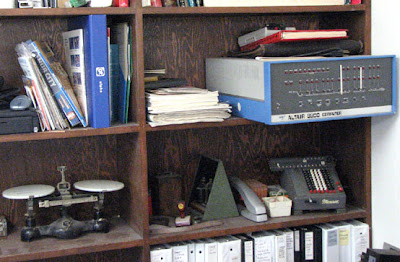 Old stuff rescued from Dad's engineering office. The blue and grey "box" on the top right is an Altair computer, built, by Dad, from a kit in 1975. As interesting as the computer itself, is the manual that goes with it. 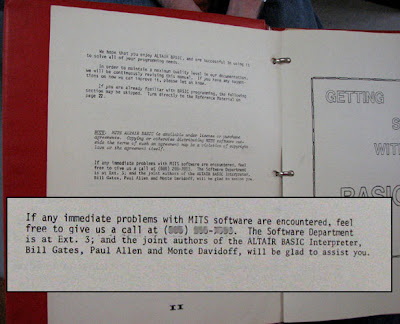 There is a note in the introduction saying if you have any problems with the software, feel free to call the authors Bill Gates, Paul Allen and Monte Davidoff, with a phone number given.

Ray decided to try calling the number to ask to speak to Bill Gates. When he actually got somebody's voice mail he panicked and hung up! 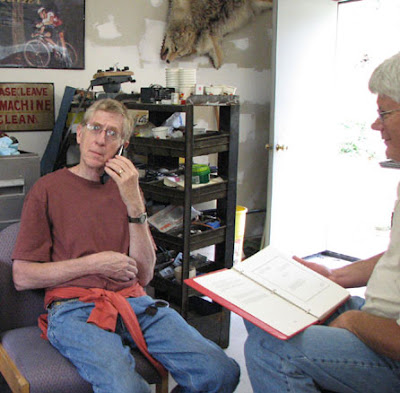