Wherein I show my true colors 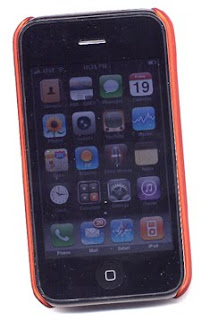 I'm a hypocrite. Look what I got today.  It's an iPhone. I didn't need one. I told everyone that. Just didn't need one. I did, however, need a new phone. My old one was acting really hinky. It didn't ring when I was in my house. It didn't show me that anyone had called. Sometimes it accepted voice mail, sometimes not. So I did need a new phone, but I sure didn't need an iPhone. Then I went to the phone store and they were so tempting and so pretty and really not that expensive. So look what I got.

Ray has had one for several months and here is where I am going to be a hypocrite again. I'm going to tell a story about Ray, just like I said in yesterday's post that I wasn't going to do.  He just loves his iPhone and every time you look at him he is engrossed in it reading email, sending email, looking at youTube videos, etc, etc.  One day we went out to run some errands. I was driving, he was playing with getting some work done on his iPhone. We decided to stop someplace for lunch and I suggested a new restaurant I had seen in my travels around town. So we went and had a delicious lunch and I went to the restroom afterward and I had to stand out in the hall for awhile and wait to get into the restroom.

When I came out we walked out to the car and I noticed that Ray was sort of looking around pretty intently. I said, "you don't have any idea where we are, do you?"  Nope. When we drove there he was so engrossed in his phone that he had paid no attention to where I was driving, or even which direction or how long it took us to get there. He said, "When you didn't come right back from the restroom I started to get worried because I realized that if you were passed out in there, and I had to call 911, I wouldn't have any idea where to tell them to find us."

That, my friends, is the power of the iPhone. And now I have one.
Posted by Terry Grant at 11:03 PM