Today was the reveal of the latest Twelve by Twelve colorplay challenge. The theme was "Lorikeet Colors" proposed by Brenda Smith of Australia, who has beautiful lorikeets actually flying around her yard! I think we all loved the cheery colors when we saw the photos of the lorikeets, then had a difficult time making such bold colors work.

My initial response was the use a small amount of the challenge colors along with a lot of neutrals. While I really am pleased with this piece as a good experiment, it doesn't really fulfill the challenge. 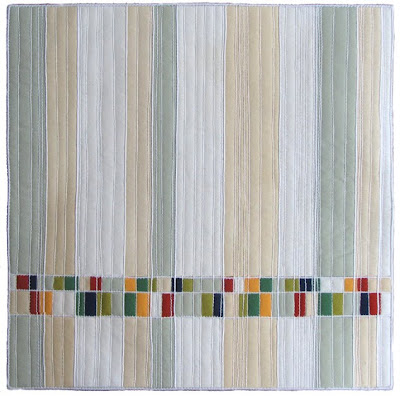 So I made another one using much more of the bold color. 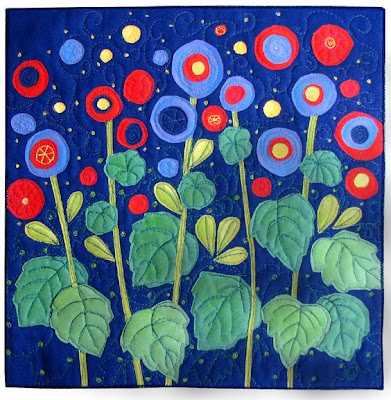 I called this one "Night Garden." When I posted them this morning I was undecided about which piece would be my official piece. I was actually leaning more toward the first one. But when I saw it along with everyone else's it just looked dead, so I am going with the second.

An anonymous commenter on the Twelve by Twelve blog told me my colours were all wrong. They are not lorikeet colors. The spelling of the word "colours" makes me think perhaps the commenter is an Australian who knows her (his?) lorikeets. The commenter may be talking about both my pieces, but I am thinking it is the first that just doesn't cut it. I made a slight adjustment to it with the magic of Photoshop and the help of one of Brenda's lorikeet photos. Maybe it will pass muster now! 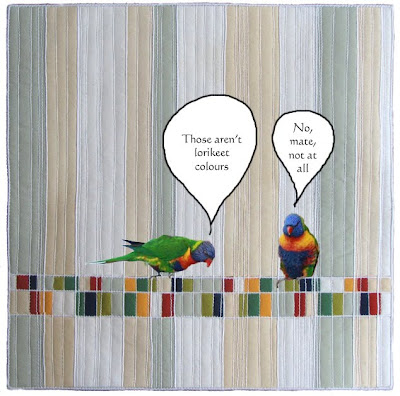