One day, while in Santa Fe, we decided to drive up to Taos. We took the high road through the Sangre de Christo mountains and stopped in the little town of Chimayó to see the Santuario de Chimayó, a Catholic Chapel built in 1816 on the site of a supposed miracle. It is now known as the "Lourdes of America" for its pit of holy dirt that pilgrims come for. It is thought to have healing powers. The adobe chapel is quite beautiful. 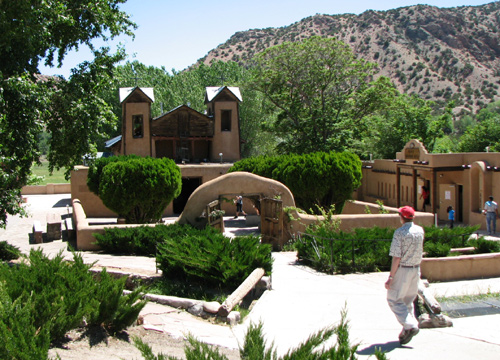 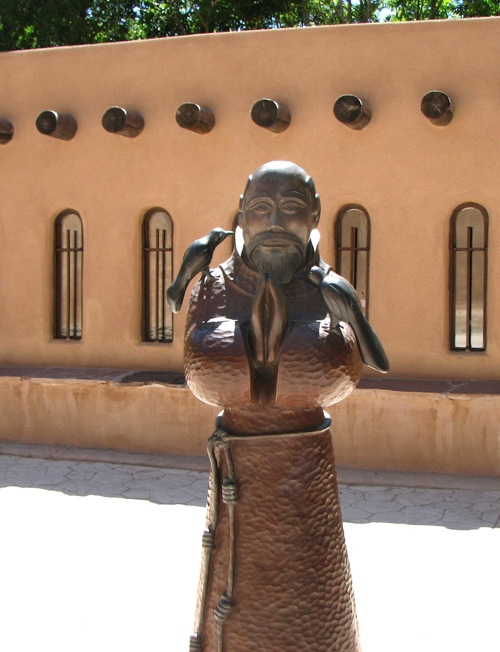 Nearby is a smaller, more modern chapel that is beautifully painted in a folk tradition. 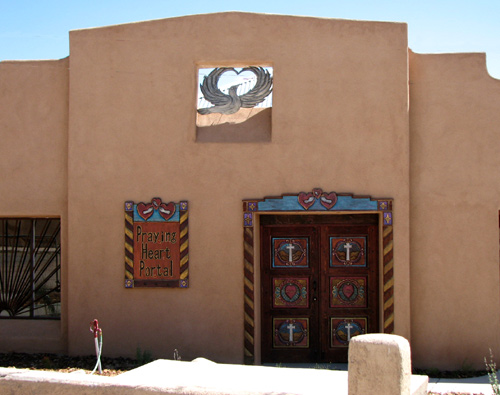 As non-Catholics, Ray and I tend to scoff a bit at the idea of "holy dirt" and miracles in general, but there is always something so compelling to me about these beliefs and traditions and the beautiful art and architecture that they inspire.
The sun was shining brightly and the sky so blue it almost hurt to look at. A beautiful day! We continued up the road to the town of Taos, then a bit beyond to Taos Pueblo, the only living Native American community designated both a World Heritage Site by UNESCO and a National Historic Landmark. These buildings have been continuously inhabited for more than 1000 years.
We started at the little church of St. Jerome, where we met a young member of the community who led us on a walking tour of the pueblo. 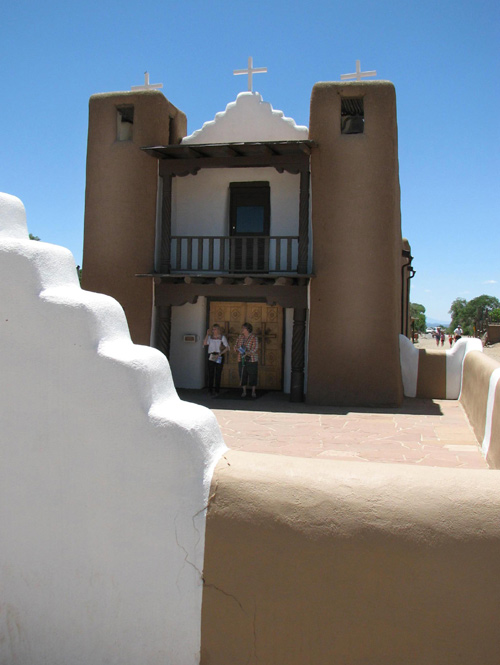 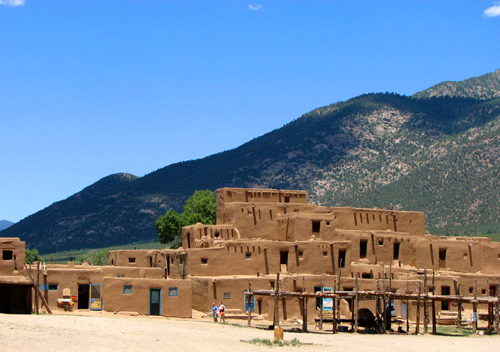 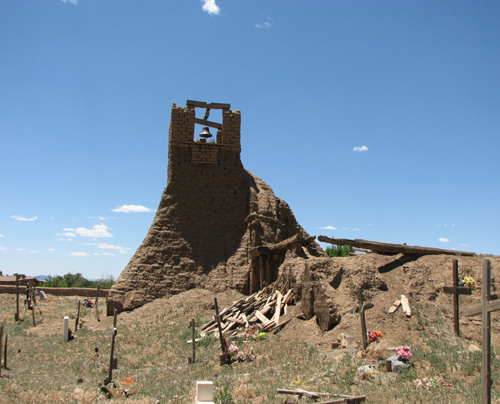 The ruins of the old church of St. Jerome, destroyed in the War with Mexico by the U.S. Army in 1847. That church, the ruins still evident on the west side of the village, was first built in 1619. It was then destroyed in the Spanish Revolt of 1680 but soon rebuilt on the same site. St. Jerome is the patron saint of Taos Pueblo. 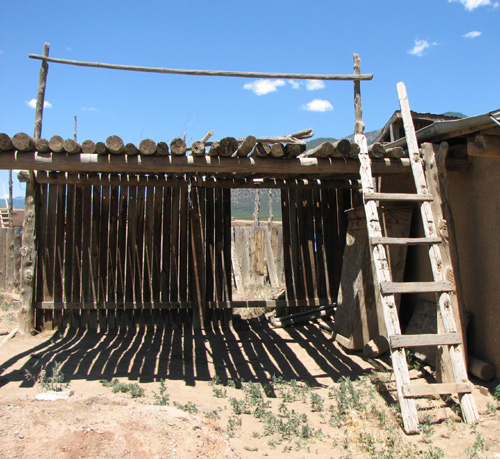 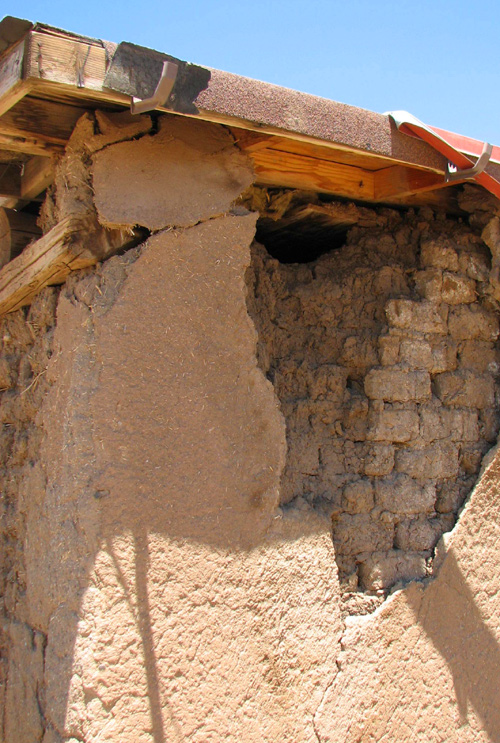 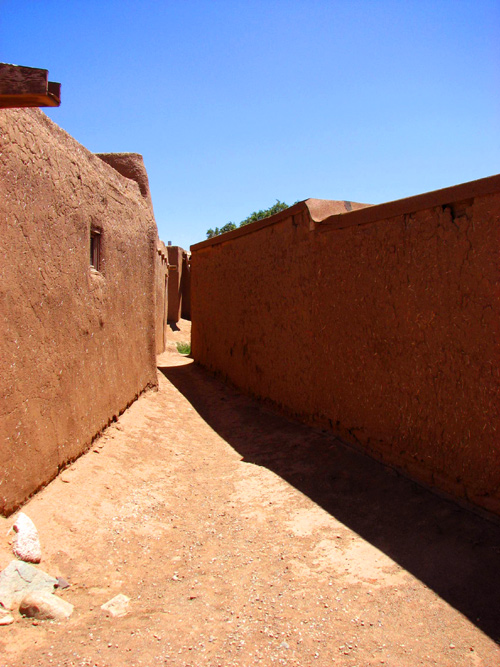