Working in a series

Last fall I took a class with Elizabeth Barton called "working in a series." I had been in a funk and dissatisfied with what I was working on and it was a wonderful class that actually gave me a lot of new ideas to work on. I decided I would start a series of work around images of Latin American architecture. I love old buildings especially and in traveling in South America and Mexico I have been fascinated with the grand, but often crumbling buildings left by the Spanish and how they contrast with the more colorful, humble buildings of the native residents of these countries.

I started with this smallish piece. 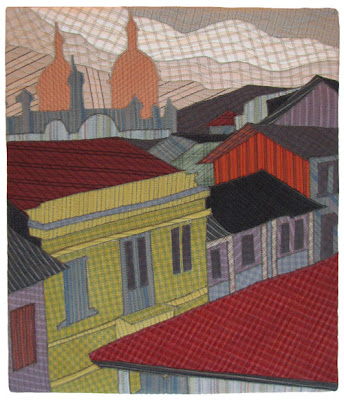 There are a lot of things I like about this piece. I was able to really simplify the shapes and I used Elizabeth's ideas for creating groupings of value. I especially liked putting aside the realistic colors and using a palette of my own choosing. What I did not like was that I felt I was only partially successful in using a looser more spontaneous way of working. There are areas that feel tight and really fussy to me.

Then I moved on to this piece. 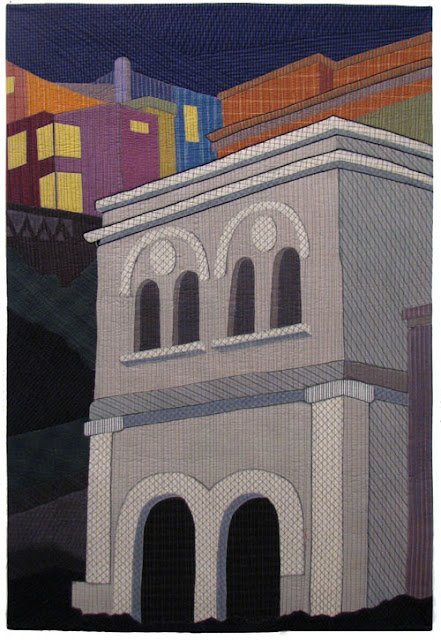 Ugh. I got so bogged down in that big, gray building, which in real life is quite an interesting building that is obviously very old and crumbling. It lost all its character in my translation.

At this point I was quite discouraged. Something was just not coming together between my head and the cloth. My friend Kristen LaFlamme knew how frustrated I was and commented that I seemed to be able to work in a more free-spirited way in some small pieces I had done.  Like this: 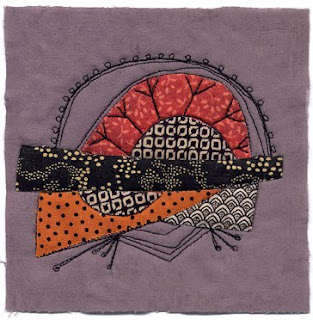 I thought and thought about this and finally came to the conclusion that it might work to construct small elements that I could then combine into a larger composition and this is the result. 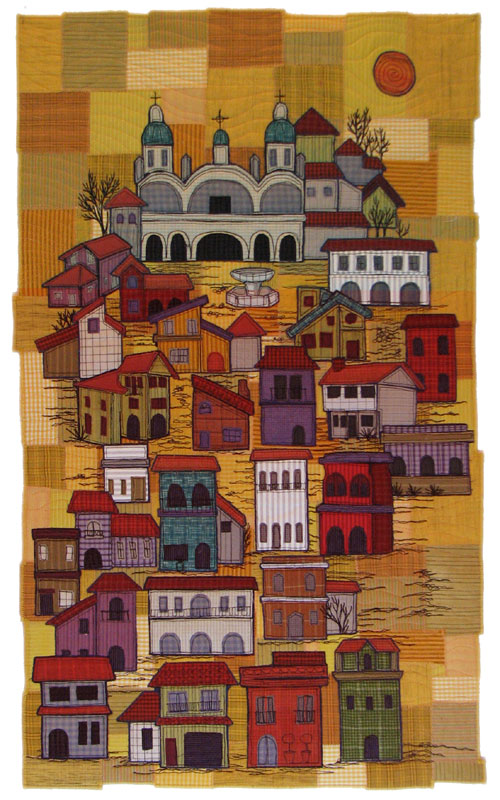 THIS makes me happy. It really expresses my feeling about that wonderful architecture and doesn't feel as fussy and forced. I am not adhering to all the things I learned from Elizabeth Barton, but I am grateful for what I learned and where it is leading. This piece actually feels like the beginning of a series.
Posted by Terry Grant at 10:03 PM