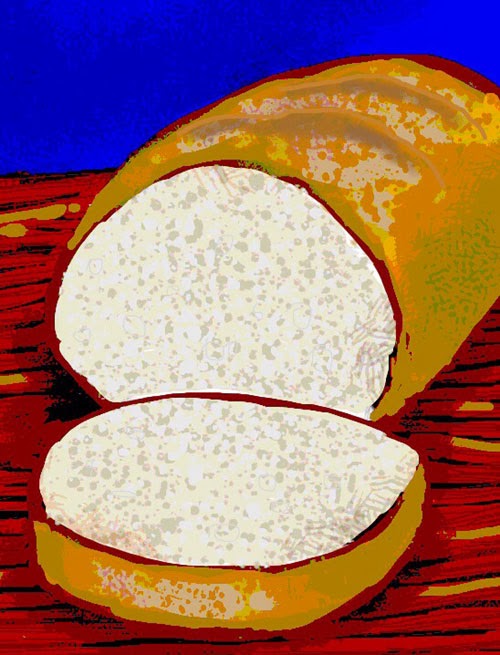 I ended up making two drawings this week. I kept thinking I should go buy a loaf of bread to use for a model then decided I could surely remember what bread looks like! The bread theme got me thinking about textures and surfaces, so I was interested in working on creating a reasonable texture for the cut face of the bread and the smoother, but also interesting surface of the outer crust. I did come up with a pretty nice texture for the bread, using one of the spatter-y kind of brushes, but in the end the drawing was so boring that I decided it was only fit for experimentation, so I tried out some of the Sketch Club filters and settled on this posterizing filter, which did make it considerably more interesting. 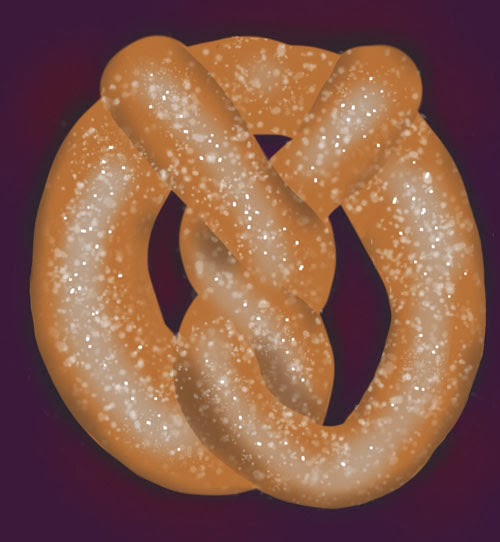 Early in the week my granddaughter brought home a lovely, bread-y pretzel that she had made herself, at her after school program and the shiny crust and added salt seemed like a great challenge, so I drew the pretzel and created shine with the airbrush tool and salt with the same spatter-y brush I had used for the bread. Somehow the salt looks almost like glitter more than salt, but overall I was pleased with my results. 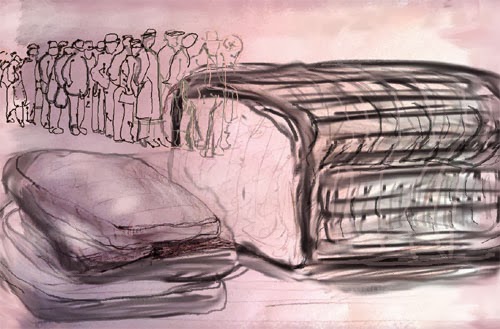 I began this week thinking I would attempt to be more "graphic" -- to use lines and contours and stop mooshing things together like a bad painter.

So much for that thought.


Pencil sketch (from internet photo), uploaded to ArtFlow (which accounts for the odd color of the background) and modified, uploaded and traced breadline photo.

Next week's theme: Black and White  - interpret any way you choose
Posted by Terry Grant at 1:03 PM