“It's being here now that's important. There's no past and there's no future. Time is a very misleading thing. All there is ever, is the now. We can gain experience from the past, but we can't relive it; and we can hope for the future, but we don't know if there is one.” 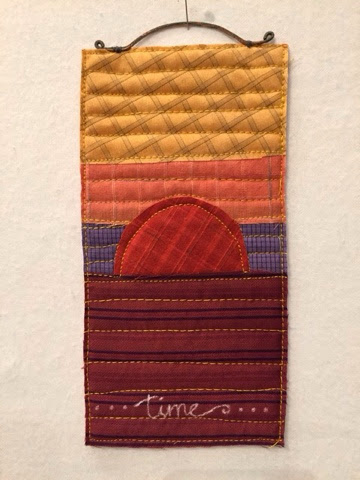 I have had time on my mind, and so it has become my word for 2015. My goal is simply to appreciate and be mindful of the gift of time.

I see a lot of articles about "using time efficiently" and reclaiming time spent online or how not to "waste time" but that is not where my head is. It's more the idea of being here now, like George said, and making now count.

It has been a sad holiday for us. Our sister-in-law, Jamie, died last Sunday, ending a two-year long, hard-fought Cancer battle. She was one of our favorite people and very dear to us. The concept of time changed when she learned, a year in, that the Cancer had metastasized and could not be cured. She chose to view time as a gift rather than a sentence and said she would live every day, until the last one arrived. She went for chemo and anything that promised more time or better time, but she lived her life around it, traveling and continuing to enjoy friends, create and plan for a future, regardless of how much. We met them in Las Vegas last spring for a few days of sunshine, good fun and a lot of laughs. Jamie loved to laugh. As she grew weaker, she planned how she might die, hoping, at one point, to make it through Christmas, as she did. She was surely sad, but it seldom showed and making the end of her life meaningful was a project she took on with the same clarity of purpose that she had used to create a business and to bring people together throughout her life.

We traveled to Montana in November to see Jamie for one last time. The disease had progressed alarmingly and none of the treatments were working at all. Still, she was up and cheerful and busy. She was completing a quilt for a show as we arrived, and days later insisted we all go to see the showing of her group's work. She needed a walker by then, but was not about to miss seeing her friends and checking to be sure the quilts were all properly hung. But much of the time we were with her she spent sitting in her favorite chair, knitting. She had gathered her " nest" of supplies—scissors, knitting, water bottle, medications, glasses, crossword puzzles, pencil, tissues, etc, around her and was comfortable and relaxed. I watched her knit. Her face was serene, her shoulders relaxed as her hands flew over the needles and a pair of socks, then mittens, materialized beneath her fingers. It seemed a way of capturing time, stitch by stitch, row by row. Still here, though with less energy.  Still creating something beautiful. Still living each moment. The last night I was there she was winding yarn into balls for a new project and the yarn had become a hopeless mess of knots and snarls. I offered to help and took one big mass of snarls as she held another and we worked out the knots and followed ins and outs and tamed the woolly beast! Ray and Roy arrived home from an errand to find the two of us wrapped in yarn and laughing heartily. When we drove away the next morning it seemed inconceivable that we were saying goodbye for the last time, but my heart knew it was true. We came home and I began to learn to knit.

So I think about time. We, each of us, has only so much. My task this year will be to view it as a gift; to use it, enjoy it, fill it with meaning, share it and find peace. What I won't do, or at least try not to do, is squander it on things that don't matter—but I hope I remember that silence and thinking matter and connection matters and noticing matters and it's OK to hang out on FaceBook or watch TV, but maybe with intention rather than mindlessly, and like George said, the only part of the time thing that counts is right now. My little "sunrise/sunset" ornament joins my other words of the year on my studio wall to help me remember. 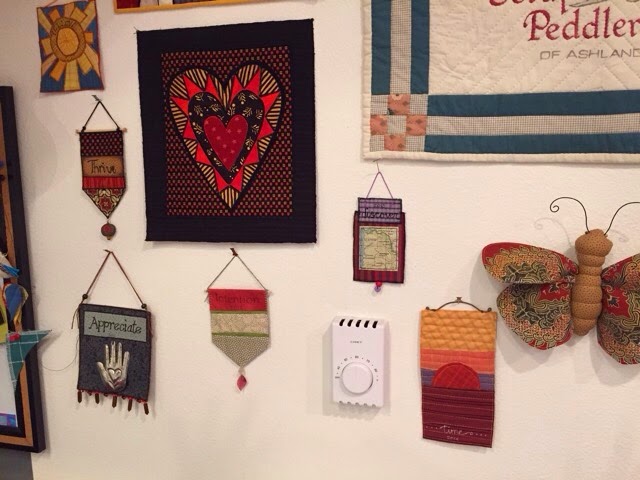