It is kind of a funny story how my son-in-law, Carlos, and I came to be exhibiting our artwork together at City Hall. Carlos, who is from Ecuador, is a wonderful painter. Last fall I urged him to submit some paintings online to be juried for a city-sponsored art exhibit that I was also applying to. When he described the submission process it sounded unfamiliar to me, so we looked online together. Turns out he had misunderstood and instead submitted to the city's "art in public places" program. A second try got him the right exhibit submission form and we both had work accepted. But he also got an email from the city arts coordinator telling him his application for the "public places" program had been accepted and they'd like to show his work at City Hall this summer! Since he had only a few paintings to show, the coordinator suggested they combine his work with another compatible artist— did he know of anyone? He did. Me. We decided my pieces that depict Ecuadorean and Mexican architecture would nicely complement his work of similar subjects. It's not a big show, but it looks really nice in the foyer of the Beaverton City Hall building. 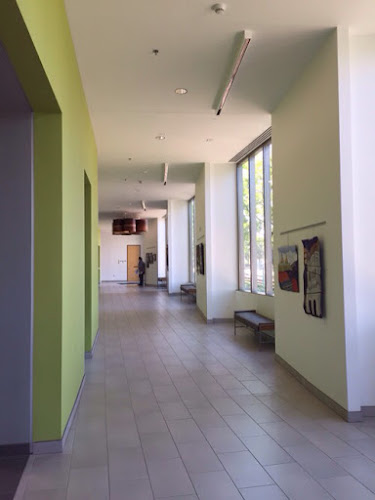 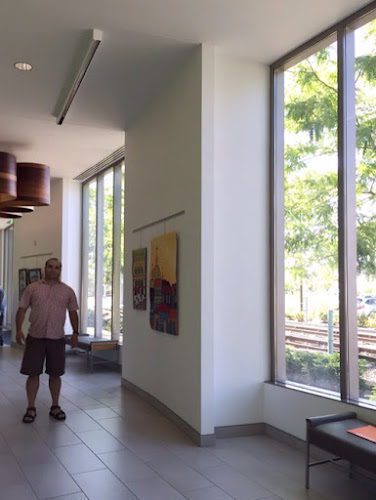 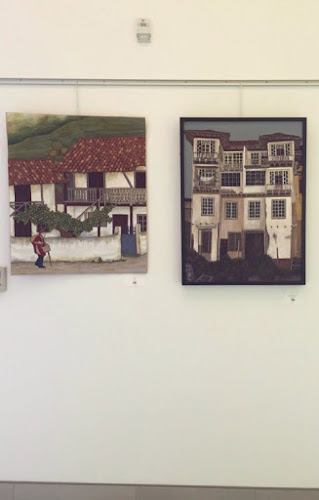 As a result of the show, we were the subject of a nice story in the little local newspaper. 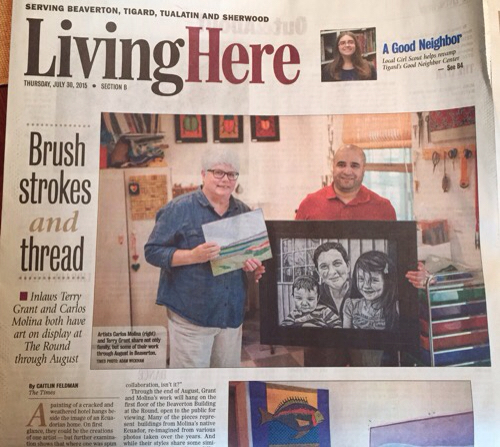 Their reporter and photographer came to my studio and spent more than an hour asking questions and taking photos. I especially like the photo, below, of us laughing. I really like my son-in-law, and I think that shows in that photo. 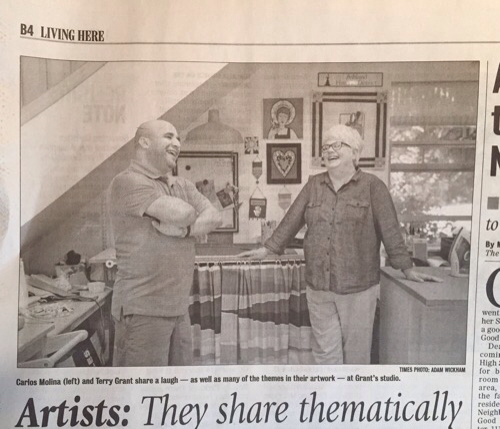 In the course of our interview, Carlos said something that really pleased me. The reporter asked, "why do you make art?" I often hear the question and cringe a little at the pompous-sounding answers that often come out of artists' mouths—"because I must..." Because it is what I was born to do..." etc. Carlos said, " it makes me feel alive". Exactly.

Our small show is at The Beaverton City Hall through the end of August.

You can read the interview here:http://www.pamplinmedia.com/bvt/17-features/268227-142258-inlaws-terry-grant-and-carlos-molina-both-have-distinct-artistic-styles

Posted with Blogsy
Posted by Terry Grant at 3:00 PM