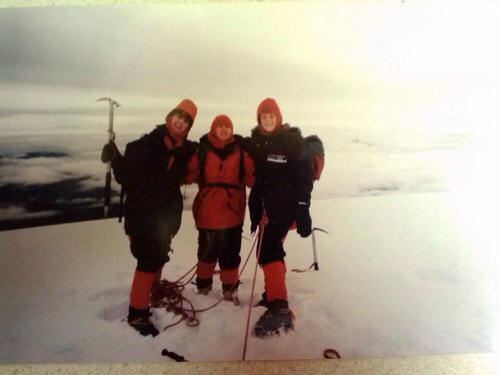 In 1999 my, then, 22 year-old daughter Emily was teaching English in Ecuador and she and some friends decided to climb, with a guide, to the peak of Cotopaxi, the tallest active volcano in the world. That's her on the right, at the summit. I knew nothing about this caper until I got a phone call from her, excitedly proclaiming, "Mom, Dad, guess what I did this weekend!" Cotopaxi is just outside the Ecuadorean Capitol of Quito and is a spectacular sight on clear days. Emily and her family were in Ecuador earlier this month and she posted this photo from the Air B'nb in Quito where they were staying. 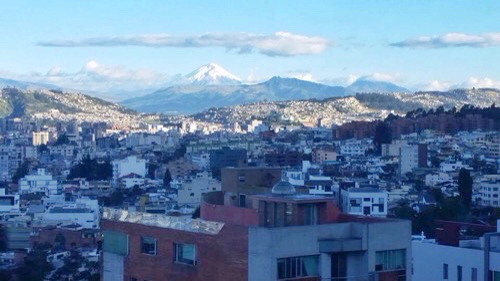 That's Cotopaxi poking up near the center of the photo. As you can imagine, she has a special feeling and fondness for the mountain.

When Ray and I visited Emily in Quito in 2004, she arranged for us to visit her mountain. We took a van up as far as the road goes and parked in a big, windswept parking lot. The plan was to hike, with our guides, up to the base camp, which was visible from the parking lot. The summit towers above the base camp. When I stepped out of the van I was hit with with a wave of dizziness and my heart began to pound as I struggled to get enough air in my lungs. One look and the guide said, " No. You can't go. You must wait in the van." I seem to be more sensitive to the altitude than the others. It took no convincing for me to wait in the van. I read. I drew in my sketchbook. I slept. I moved as little as possible. Here is the sketch I made, sitting on the van's back bumper. When I look at this sketch I can feel the cold and the fog and the buzzy light-headedness that overtook me. 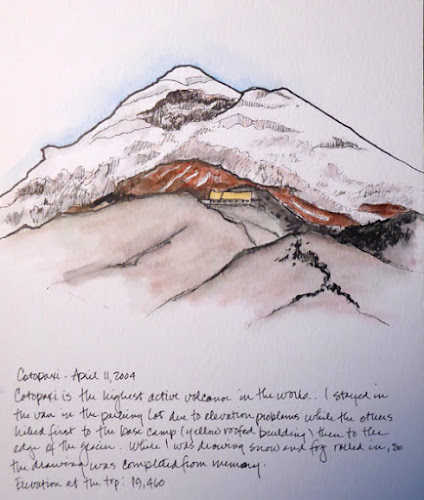 Now Cotopaxi is erupting after nearly 140 years. So far it is sending plumes of ash into the air. No one knows quite what to expect. One of the fears is, of course, more violent and damaging eruption. Another is that it will become hot enough to melt the glacier that covers its peak, sending massive flooding into the valleys below. 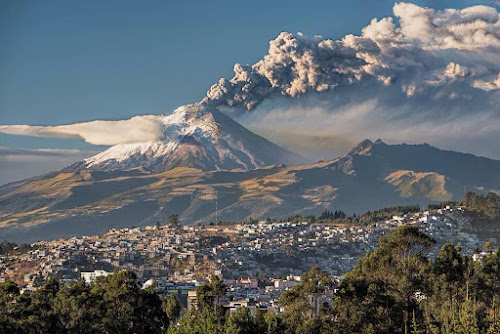 I think of all the times I have heard on the news of a volcano erupting in some far off part of the world. It passes through one ear and out the other, without making an impact. Ho hum. But now it's a little more personal. I have been there. I have stood, very shakily, on that volcano. I will be watching. Want to watch along with me? http://darkroom.baltimoresun.com/2015/08/aftermath-of-cotopaxi-volcano-eruption-in-ecuador/#1

Added note: apologies to Henri Leduc, whose amazing photo of Cotopaxi erupting was first used here without attribution. I am glad to know who the photographer was and happy to be able to give credit to him.

Posted with Blogsy
Posted by Terry Grant at 10:14 PM