The company of women 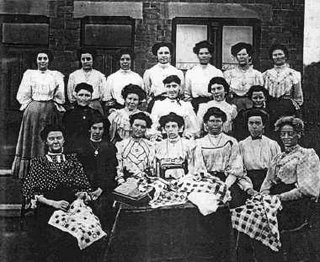 I belong to two guilds here in Portland and I've blown off the last meeting of each one. No particular reason. I planned to go and then when the day arrived I just wasn't in the mood. I'm not mad and I'm not finished, but I think I am tired.

I have friends who never join women's groups and seem to take pride in saying "I'm not a joiner." I guess I am a joiner of women's organizations. Started with the Brownies and from there on I just kept joining—Job's Daughters, Pep Club, sorority, YWCA, PEO, and a whole variety of quilting and stitchery guilds. For the most part I have really enjoyed all these associations and I have made some really good friends along the way. It has always seemed to me that you can accomplish so much as a group that one person alone seldom can.

One of the things about quilt guilds that is discouraging to me is how rapidly things become "the way we've always done it" and then making a change is just really hard. One of the guilds I belong to is one I helped to start about 6 years ago. Already there is a lot of stuff that is "the way we've always done it" and it's hard to move beyond. Last year I was on the Quilt Show committee and I must say we had a great, renegade committee and a really good, and pretty darn classy, show, but we fought for every little bit of originality that made it so. (you can see pictures here.) And I'm convinced there were one or two members who were gleefully hoping the whole thing would be a disaster just to prove that you don't need to "fix what ain't broke" or "reinvent the wheel". (Thought I'd gag if I heard those two cliches one more time.) 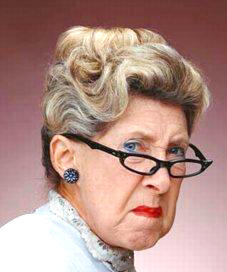 Sadly, it is also the case that sometimes one nasty or negative or overbearing person can sour a whole group, and just dealing with that negativity is immensely tiring. (You all know someone like that, don't you?) So I think I feel tired. And maybe too busy with other things. And maybe I'd rather hang out at home with my husband than venture out in the cold and wet and dark. And maybe I'd rather make my own quilts in what little spare time I have, than go look at other people's quilts.

I'll probably feel completely different in a month. I'll probably want to see everyone and find out what's new and what they've been stitching on. I'm pretty sure I will.
Posted by Terry Grant at 5:01 PM