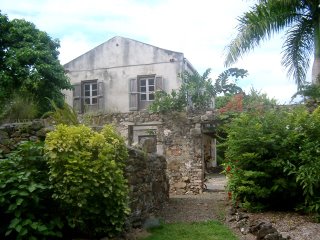 On Sunday when we arrived in St. Croix, we were disappointed to find out that the Cruzan Rum Distillery * was closed for tours and tasting, but we drove out to Frederiksted where there was also little that was open, but we found a nice place for lunch right on the beach, then we went to the St. George Botanical Gardens. It is on the grounds of a former Sugar plantation and the gardens are planted among the ruins of the plantation. What a lovely place! We spent a couple hours taking the self-guided 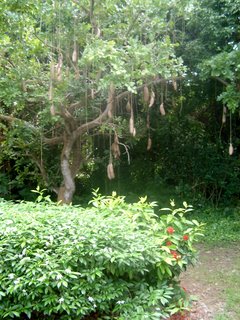 tour, taking lots of pictures and would have stayed even longer had we not been eaten alive by mosquitoes. Last week there were record rains and some flooding on St. Croix and the gardens were a little soggy, making a perfect breeding ground for the mosquitoes. Tonight some friends told us there had been reported cases of Dengue fever in St. Croix. Not sure I wanted to know that. Yeah, let's just ignore that.

One of the most fascinating botanical sights, was the somewhat obscene looking African "Sausage" Tree (see above). On close inspection, the hanging "sausages" look quite a lot like potatoes.
There were ruins of old buildings, including slave quarters all through the gardens. An old cemetary had unusual 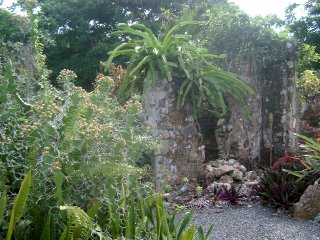 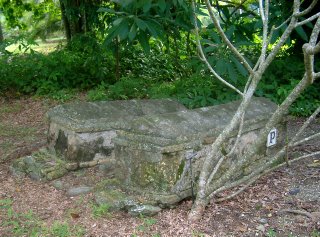 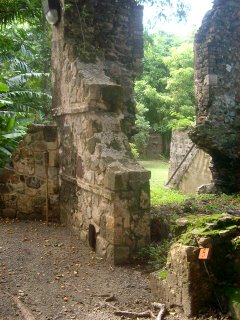 The orchids and other flowers were spectacular. 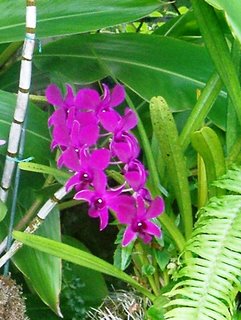 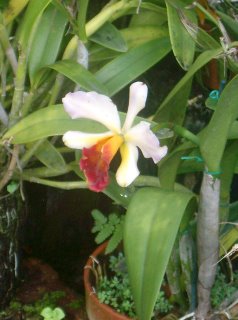 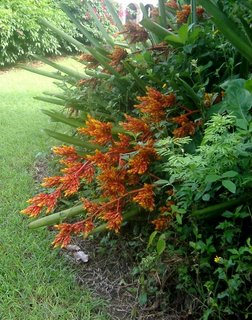 * Cruzan Rum, which is made in St. Croix is very cheap in the Virgin Islands--actually cheaper than Coca Cola. Ray used to bring a bottle or two home when he came down, but we don't know how the new airline regulations about carrying liquids in your carry on luggage will affect that. We have discovered that the Cruzan Vanilla Rum is delicious and especially good on ice cream. Tonight we had friends over for dinner and served Cookies and Cream Ice Cream with a splash of vanilla rum for dessert--highly recommended!