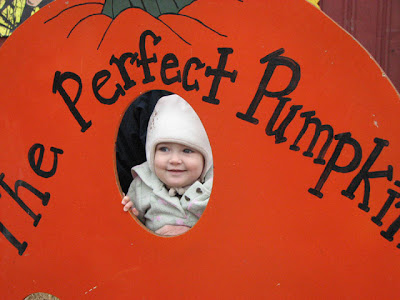 The last time we went to the Pumpkin Patch on Sauvie Island Sofia was a barely noticeable bump on the front of her Mom. We thought she needed a better view of the place, so we all went back last Sunday. We got there pretty early, but there was already a crowd and it was misty and pretty chilly.

The corn maze seemed less difficult, or maybe we are just veterans. 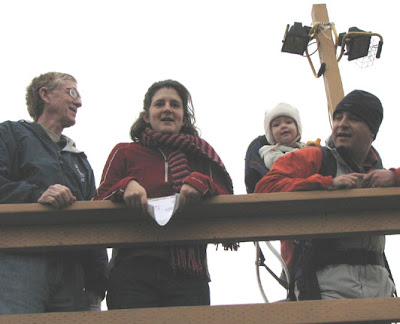 Everyone stopped on the observation bridge for a picture, then I took another from the bridge to show how far the corn goes. 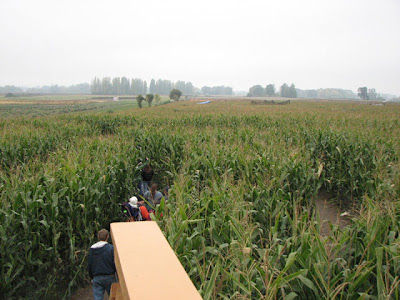 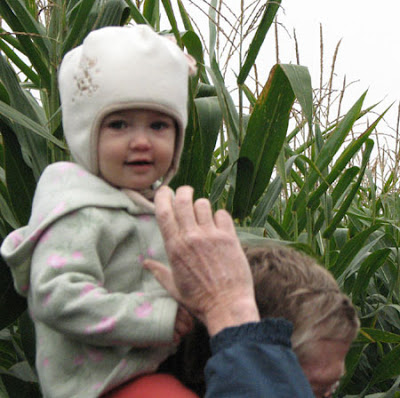 Sofia rode in the backpack for awhile, then switched to grandpa's shoulders. She had the perfect vantage point.

We considered taking the hayride out into the field to pick out pumpkins but it was cold and we were tired and we ran into a friend of Emily's who said most of the pumpkins in the field had started to rot, so we opted for the little market where we found, not only pumpkins, but squashes and fruit we couldn't resist. Sofia was quite pleased with these tiny pumpkins. 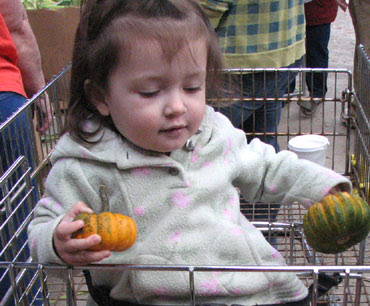 As we drove away from the famous pumpkin patch, cars were lined up down the road, across the bridge and down the highway. Glad we went early.