It was two years ago that we made the final move to this house, though it had been a process that happened over many months. We bought the house nearly a year earlier and spent months remodeling the kitchen and dining area, changing walls and doors and installing new windows. When summer came we blew up an inflatable mattress and started sleeping here most nights, then moved the den sofa and TV set, so we could be comfortable in the evenings, and little by little more and more of our furniture and belongings, leaving the bulk of the furniture at the old house to make it feel homey and appealing to potential buyers.

I'm sure you remember what was happening two years ago. The world, as we knew it, was crashing down around our ears. Our old house was not selling. It still hasn't. But by October we felt we couldn't continue to live in two houses and we finally moved everything and officially started our life in this house. There is still a lot to be done, but we have settled into the place and made it our own and here we are two years later. 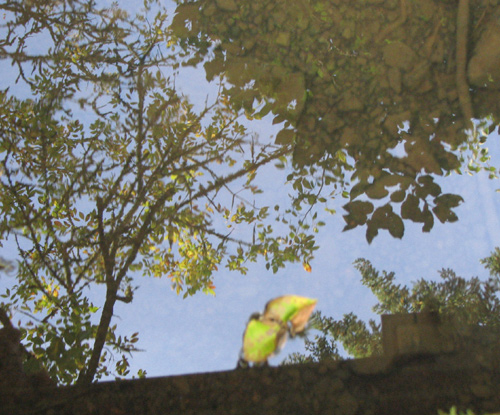 The creek still draws me and today, on this beautiful fall day, it is calm and reflective as a mirror. 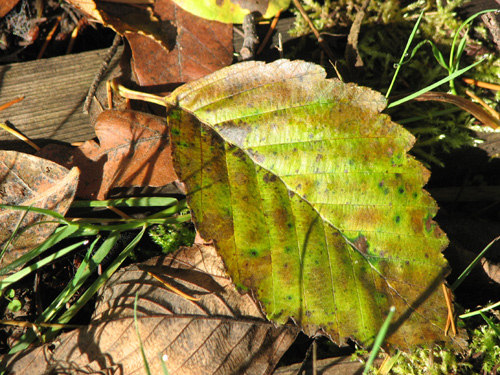 The creek and wooded area between the house and the road are a buffer zone of natural beauty. Little by little we are returning more of the outdoor areas to a more natural state. Most of the grass is now gone from the front. 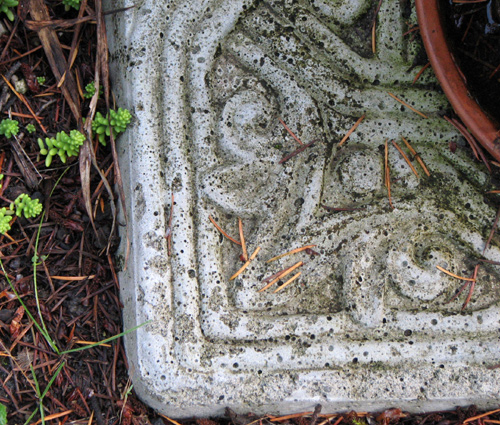 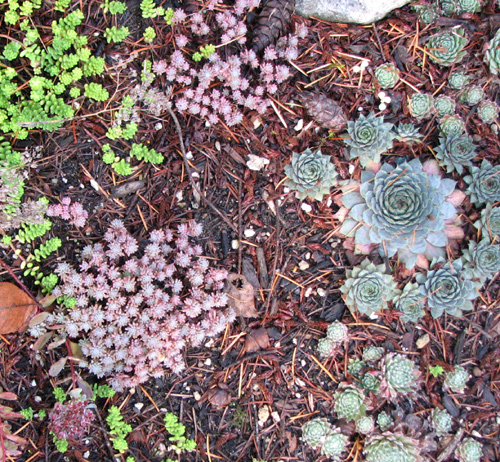 My succulent garden is filling in and things are looking like they have been here for awhile now.

Ray's vegetable garden has been poor this year, due to both a late, cold, rainy spring and local deer who discovered it early on. 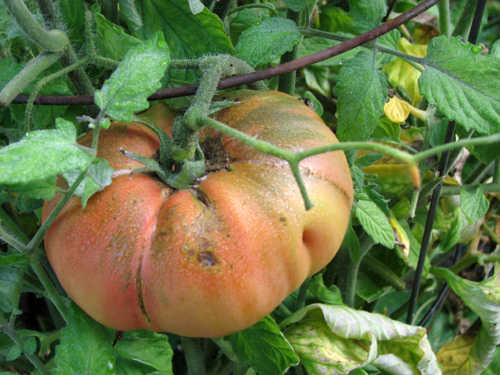 One of very few tomatoes is still struggling to ripen. Looks a little worse for the wear, doesn't it? 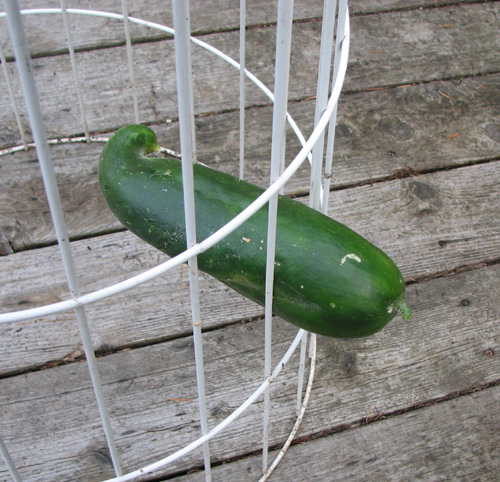 After the deer stripped most of the garden Ray set cages over some of the plants to protect them from the deer. He discovered this cucumber trying to escape the other day.

The house next door to us has been empty, pretty much for the past two years. There were renters for a few months, but it has been empty and for sale mostly. 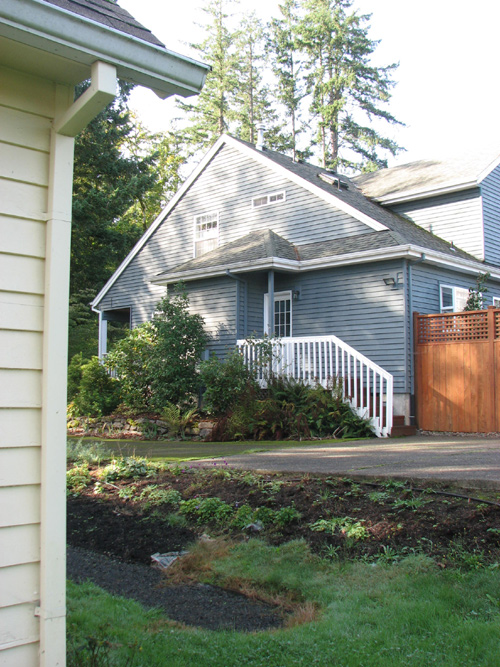 The owners were transferred out of town about the time we moved in and have been unable to sell. I sympathize and it has been sad to see this pretty house sitting empty. The house shares our long driveway and is the only place really near our house. I have a feeling the original land for our house, which was built in 1949 was subdivided at some point and this much newer house built next door. We just learned that it was sold this week. We have not yet met the new owners. I'd love to have nice neighbors. We have had such wonderful neighbors in the past. Remember this? We learned from the realtor that they are a couple in their 50s with grown children. Both work and the husband enjoys making birdhouses out of recycled material. Sounds promising. If nothing else, it will just be nice to see a light on over there in the evenings.
Posted by Terry Grant at 12:10 PM