When I cut up the little piece the other day, I said I had a bigger piece in mind to cut into soon and I did it. This was from about the same period as the small piece and also architectural. I remember being very excited about my idea of domes and spires. 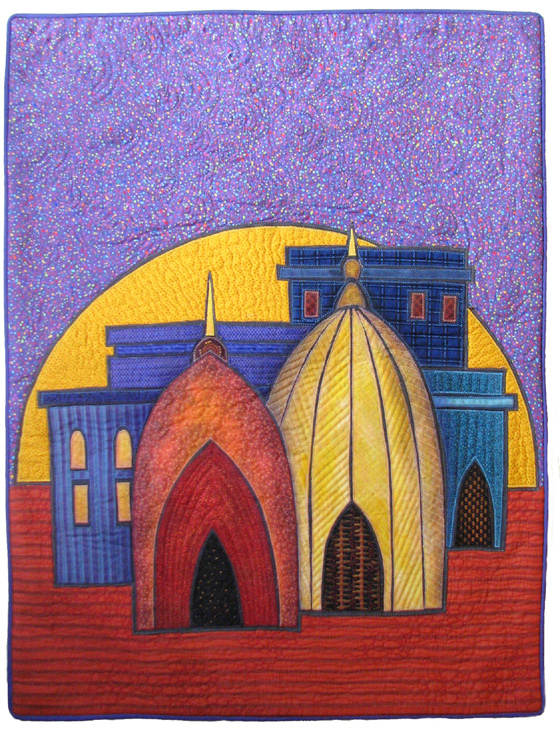 I wonder, now, what I was thinking. It is a little embarrassing to show this.Those odd little domes, plunked so unceremoniously on the striped ground. Allllll that speckly purple sky. It never worked, but it took me awhile to understand while I was still enthralled with my idea. I find this happens to me. Does it happen to you? I get so excited about some new idea that I am temporarily blind to the reality of whether or not it is actually working.

I think the fact that it never seemed like something I wanted to show or even try to sell was my own instinct two steps ahead of my literal, conscious mind. So, take a last look. It is no more.

I cut out four six-inch squares. Each, I think, is vastly better than the original. (click to see larger) 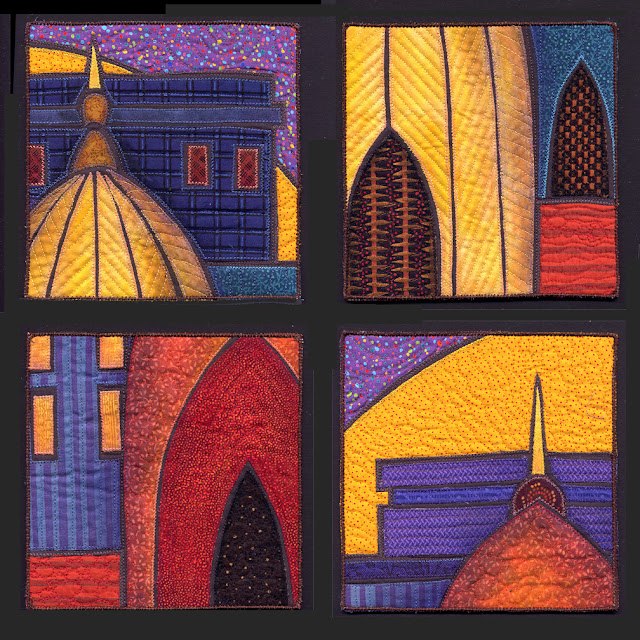 Jackie asked if the tiny pieces I cut from the smaller quilt were cut into four equal sized pieces with no waste. They were equal sized pieces, but there was waste. Same with these. I liked the idea of cutting equal sized pieces, though they wouldn't have to be, but I had to move my frame around quite a lot to find good compositions. With this second cutting I ended up with a lot of waste, including most of the purple sky. I may use that for a small project I have in mind.
Posted by Terry Grant at 11:10 AM