We headed south into California a little more than a week ago. Just south of Oregon, where we live, California dominates the West coast, both as a huge and diverse physical presence as well as an economy and culture unto itself—almost a separate country that we both admire and revile from our adjacent position on the map. There is something so aloof and superior about California that the rest of the west cannot help but feel intimidated by its outrageousness, but eventually we all succumb to some reason to travel there and with both awe and fear we hit the road. We were headed, eventually, to Long Beach to view the Twelve by Twelve exhibit at the International Quilt Festival. It seemed like an opportunity to confront California and get to know a little more about it than  previous trips to selected destinations had allowed.

After our first night in Corning, the olive capitol of the world, we veered west to meet up with highway 101, a part of the historic El Camino Real, the Royal Road of the Spanish settlers, marked by these distinctive mission bell markers. 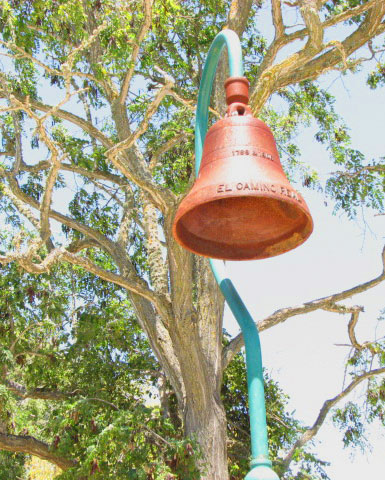 California has been a part of Spain, of Mexico and of the United States. Beginning about 1769, while part of Spain, the Franciscan order began building missions along El Camino Real, about a day's travel apart, 21 in all. The first real stop on our trip was the Mission San Juan Batista. 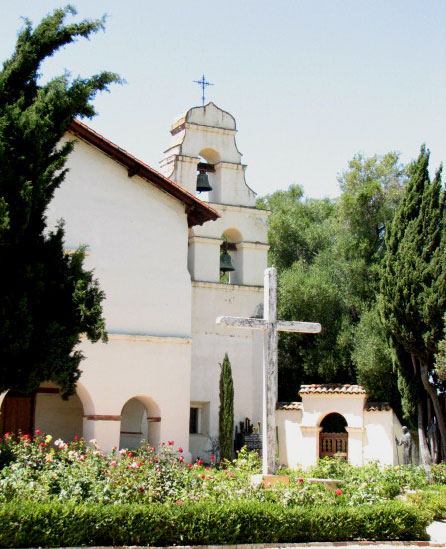 I cannot explain it, but I am fascinated by old  colonial Catholic churches and missions. I am not Catholic, not even really religious, but the history is compelling—that missionary passion and zeal to convert is inexplicable to me, but seems so strong and has created such vivid history in north, central and south America. It was not always benevolent and often shameful in its view of the indigenous groups they were hoping to "save" but there is a consistency of vision and culture planted so confidently in these unlikely places that fascinates me. It is all the same, whether in Ecuador, or Puerto Rico or Mexico or California, and I find it visually stunning. I feel I have taken this same photo of a long arched walkway across the front of an ancient adobe church at least a hundred times. It draws me in. 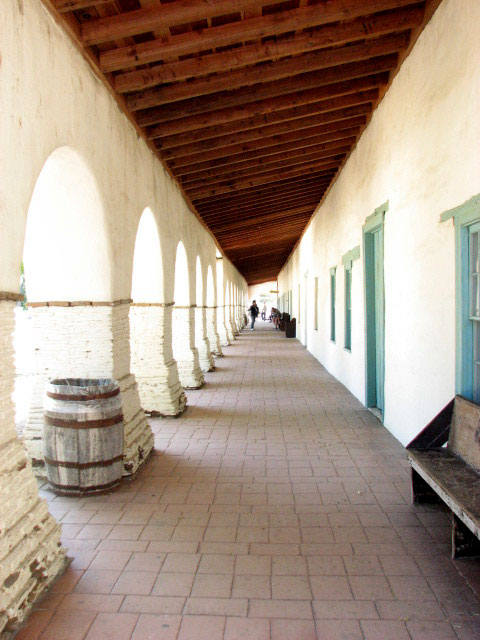 Gardens, chapels, candles, statues. I almost feel as if I have known these places in another lifetime. Haunting. Beautiful. 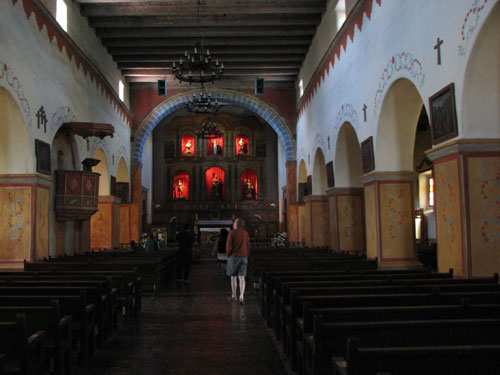 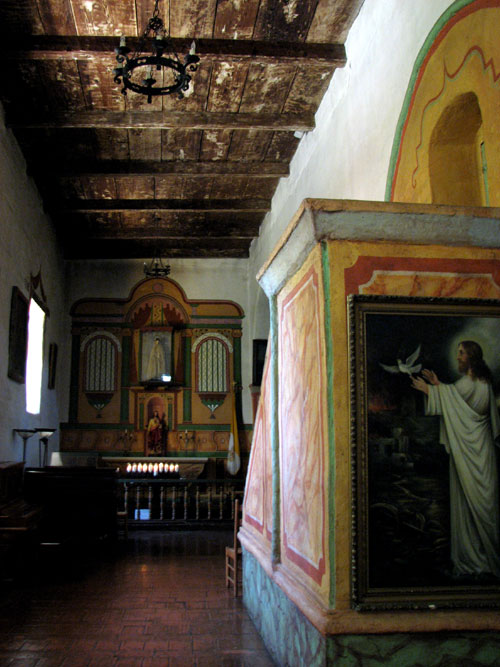 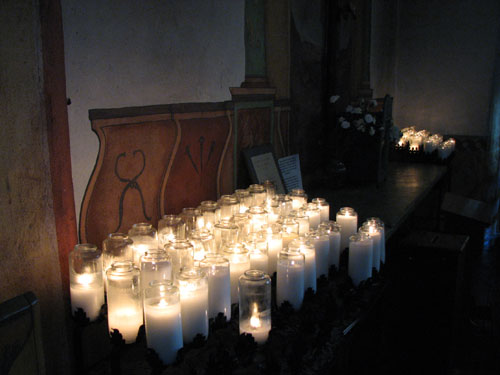 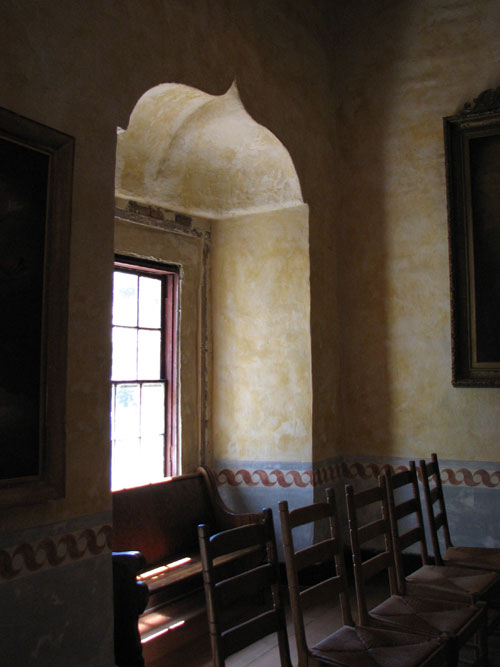 The shape of that window alcove knocks me out. Inspired. 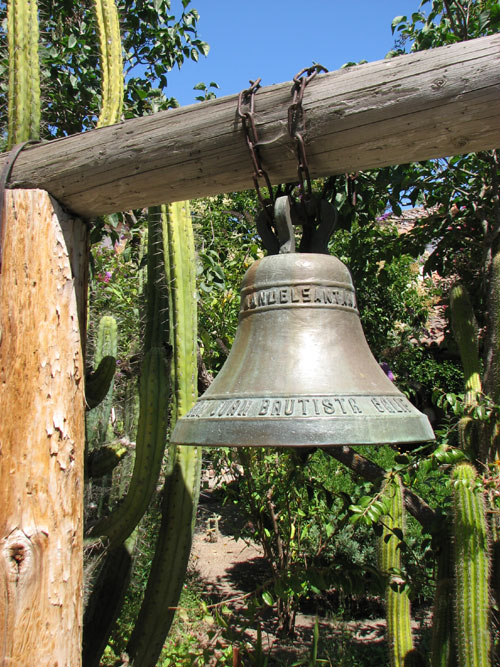 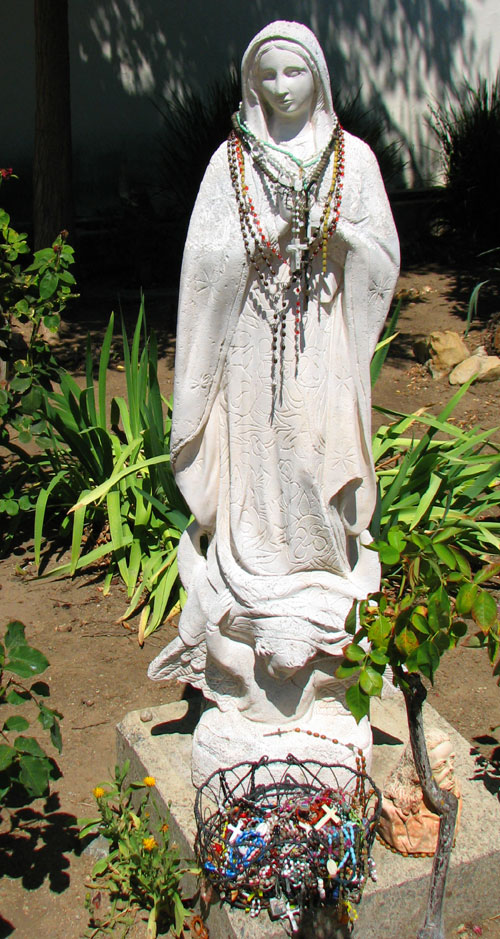 And the obligatory statue of Father Junipero Serra, the founder of the California Missions. We ran into him a lot along El Camino Real. 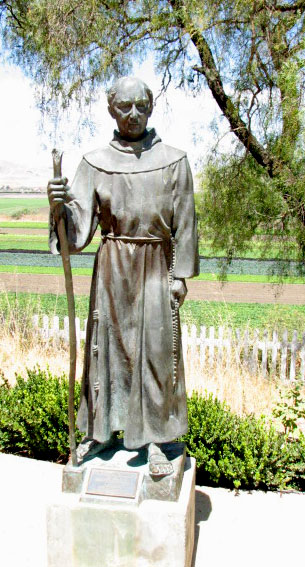