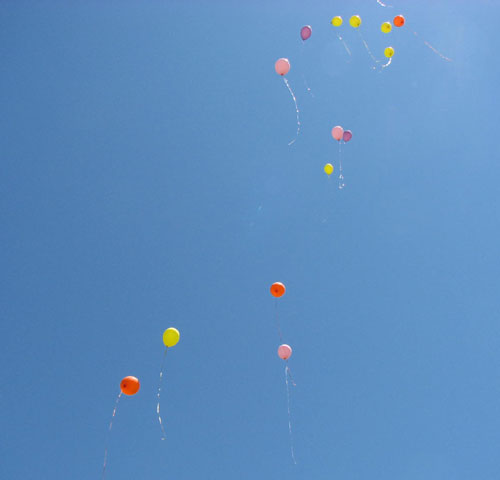 A family reunion. A journey through the past, remembrance and a glimpse of the future. 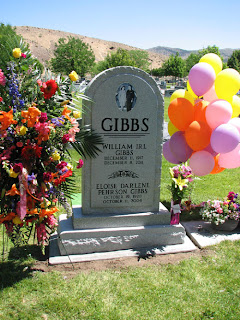 We met my brother and my cousins in Pocatello, where I grew up, gathering first at the old cemetary to dedicate a headstone for my aunt and my oldest uncle who died last December. Some of their ashes were buried here, where they lived all of their married life. The rest—well that is the rest of my story.

It was a beautiful summer day and the mood was celebratory, not somber. Memories were shared, dear people remembered with affection, and we mingled and greeted relatives and met their grandchildren. At the end of the informal ceremony the children released balloons into the clear blue sky and we watched as they became smaller and smaller and finally disappeared. Thus began an odyssey of sorts as we traveled, over the next few days, the familiar roads from Southern Idaho, up to our old family cabin, on to Yellowstone Park and into Montana where the remaining ashes would be left. 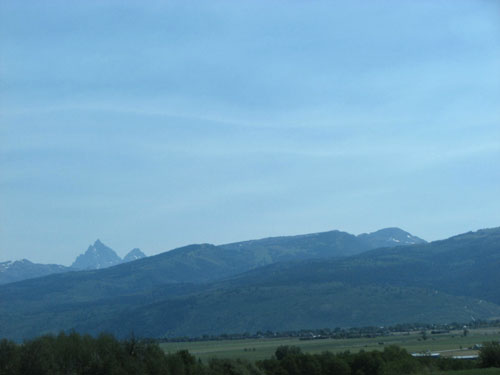 The Tetons, from the Idaho side

Three days later we all found ourselves climbing a steep path near the Cooke City Highway in Montana, to a rushing waterfall that crashed over rocks and fallen logs, a place my aunt and uncle loved above all. 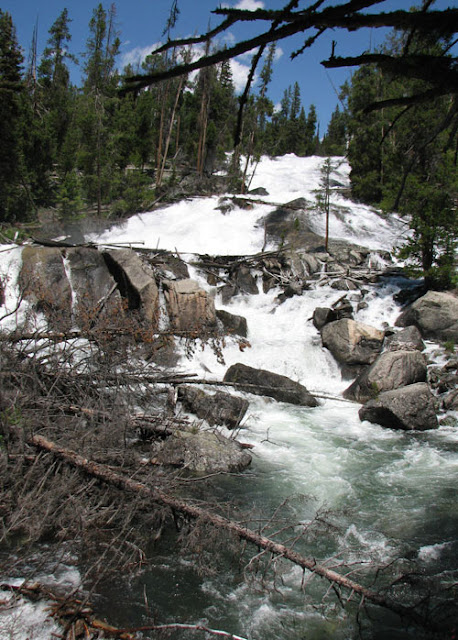 We gathered on the hillside. Words were said and the ashes became a part of the Montana earth. 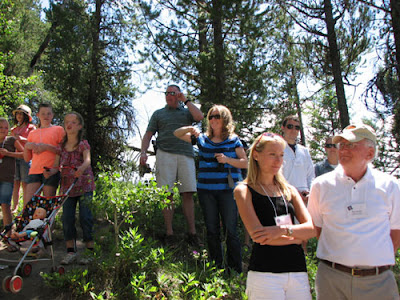 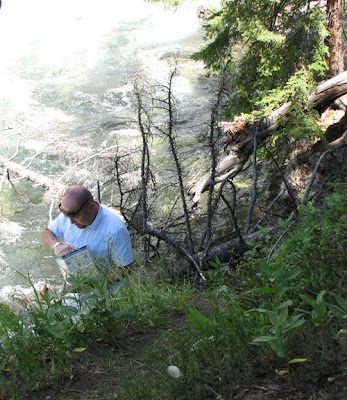 That evening we gathered for a big family dinner in Cooke City. We live scattered across the United States so there was a lot of catching up to do and plenty of sharing of photos and stories. Games and prizes for the kids and toward the end of the evening, a toast to Aunt Pat and Uncle Bill—juice for the children and non-drinkers, Tullamore Dew, brought from Ireland by Uncle Bill, for the rest of us. It was a happy, noisy crowd and I couldn't help feeling there were ghosts among us, joining in the laughter, just across the room, around the corner, watching through the windows. My Mom and Dad, Uncle Bill and Uncle Eddy, Aunt Pat and Susie and Ed and Aunt Clio. Grandma, too—telling her stories and laughing. I imagined my cousin Bill, gone from us far too soon, watching his handsome son move through the crowd.

My Dad and aunts and uncles who grew up, not so far from where we were, are all gone now. It is a sobering thought to realize that my siblings and cousins and I are now the oldest generation of our family. And it is good to be with them from time to time. We have shared a lot. "Remember this" I tell myself. Just remember it all.
Posted by Terry Grant at 12:28 AM