After visiting the San Juan Batista Mission, we headed to Salinas, where we spent a couple nights with plans to explore the surrounding areas. 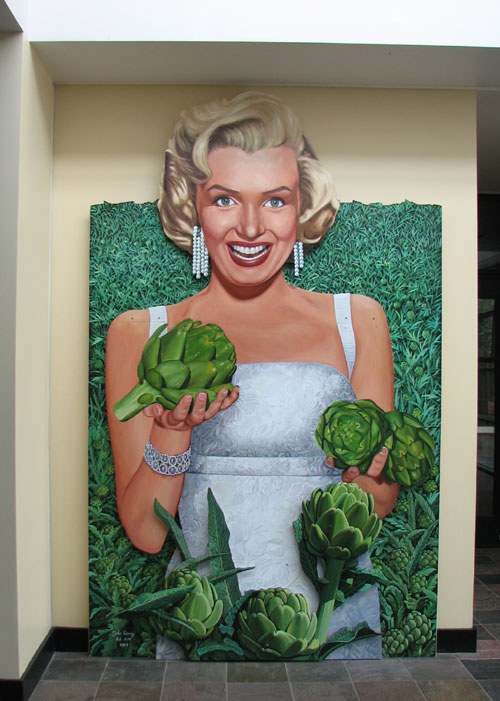 How's this for a California image? Agriculture and movie stars! This large painting greeted us in the lobby of the John Steinbeck Center in Salinas. Steinbeck grew up in Salinas and many of his novels were set in the surrounding area and drew liberally from his life and the history and culture of this rich agricultural area. 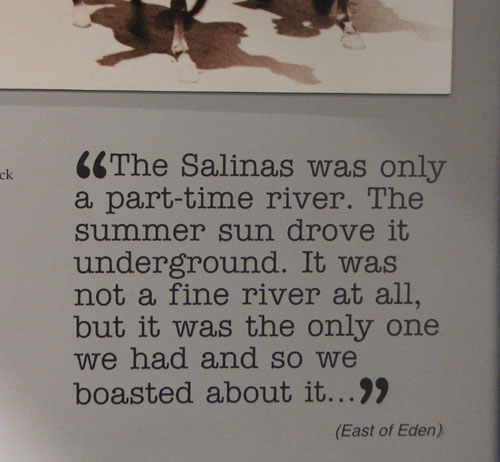 A couple years ago I read East of Eden by Steinbeck, possibly for the first time. I know I saw the movie years ago, so I'm not sure I had ever read the book. It was a bit of a soap opera, but Steinbeck's writing is so strong and descriptive that all his books are, for me, a treat to read. So many were made into plays and movies. His work is really definitive about a certain era and area of American history. The museum was well-done, with lots of photos of locations and the history of the area, as well as quotes and clips from the movies to illustrate each of several of his books. 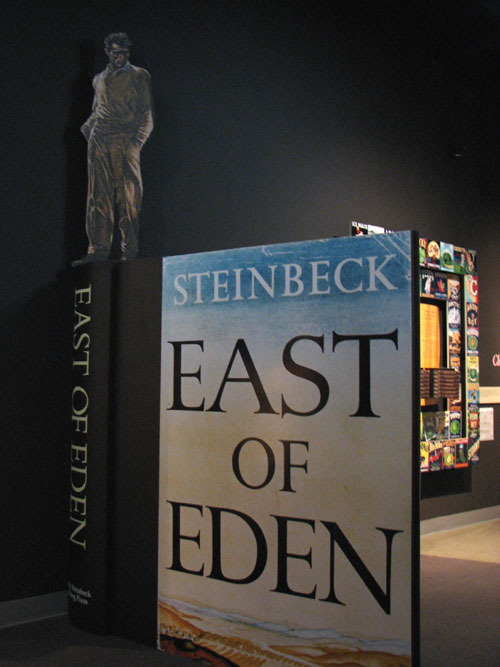 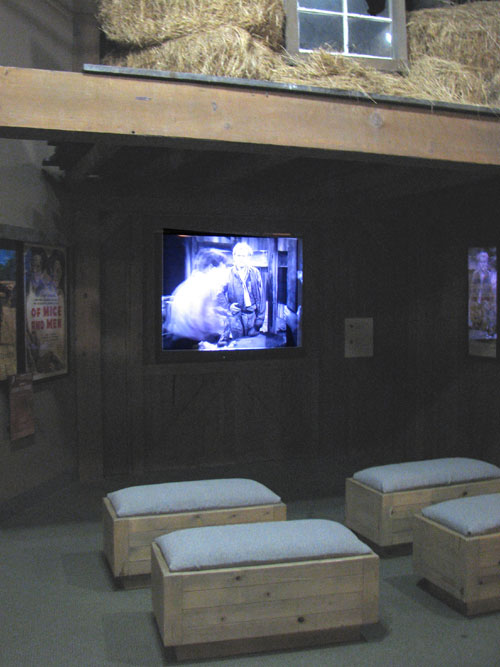 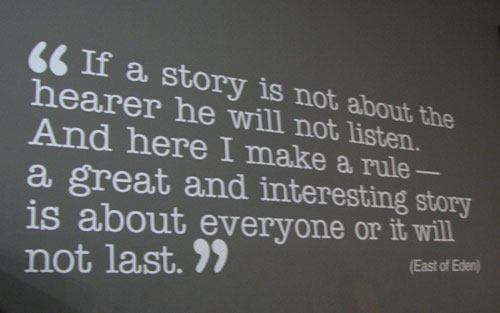 One of Steinbeck's most famous books was Cannery Row, set within the culture of the fishing and processing of fish in Monterey Bay, near Salinas. So our next stop was Monterey and Cannery Row as it appears today. 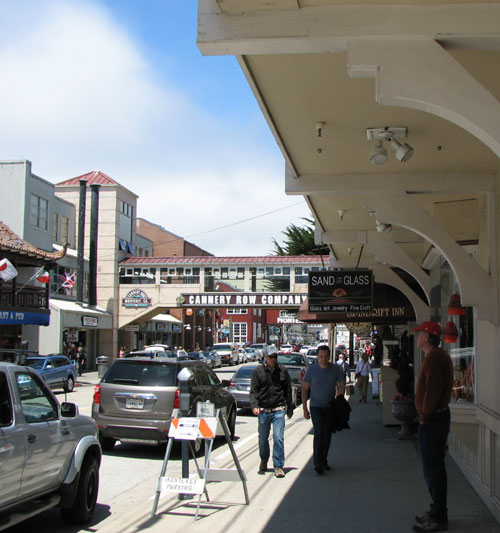 Though many of the old buildings remain and have been largely repurposed, I doubt that Steinbeck would recognize Cannery Row today. It is a tourist mecca, filled with souvenir shops and restaurants. It was bustling the day we were there. 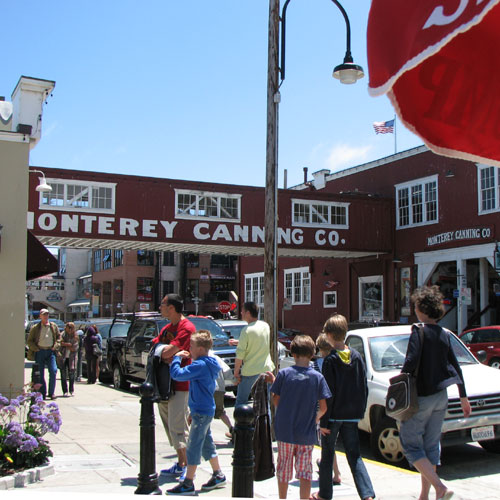 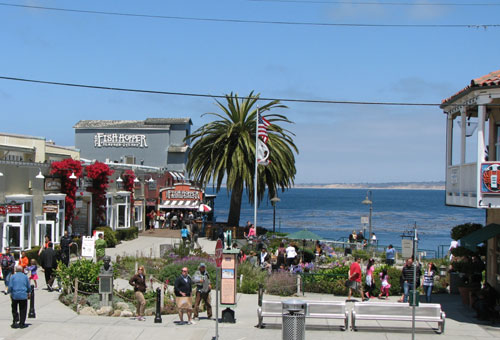 At the end of the street, housed in what was once a large fish cannery, is the Monterey Bay Aquarium, where we spent the afternoon. Here is the place in this narrative that I could easily bog down with all the photos I took in the aquarium. It was mesmerizing. Beautiful. Amazing. Thrilling. It was like stepping into a dream inside that aquarium. I may post more of my photos later, but I will leave you with one from my favorite exhibit—seahorses. Who knew they were so varied and so graceful and hypnotic to watch? Not I. 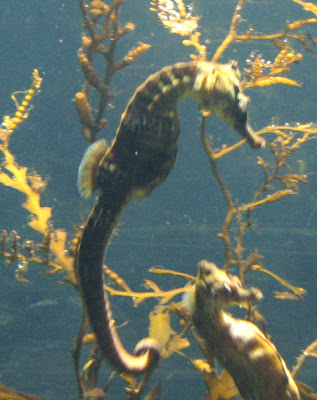 Note: After yesterday's post Christine asked if the mission bell markers along El Camino Real are also light fixtures. The answer is no. But the history of these bell markers is interesting. They were put up more than 100 years ago and because they had fallen into disrepair and many had vanished, a restoration effort was begun several years ago. They are a very charming feature of the historic road through California. More information about them here.
Posted by Terry Grant at 10:03 AM