Today we took in the Reina Sofia Museum, which houses the works of the more modern masters, including Picasso's Guernica. When we were in Europe in 1972 we saw Guernica on exhibit in Paris. Franco was in power at that time, in Spain, and Picasso, a Spaniard by birth had declared that he would not exhibit his work in Spain as long as Franco ruled. Both are, of course, now dead, the monarchy was restored in Spain and Picasso's work has returned to his native country.

Along with Picasso, the museum's collection includes absolutely wonderful works, including many artists from Spain, but from around the world as well. Here are a few pieces that stood out for me. 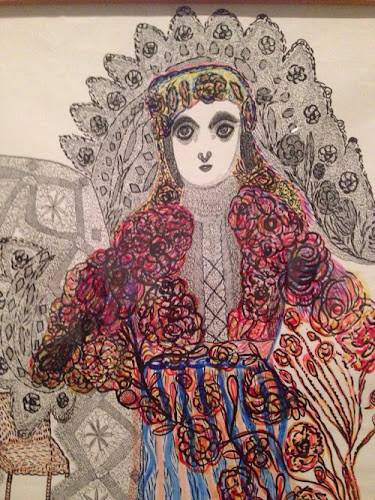 "inspiration" by Josefa Tolra. I was not familiar with this artist, but this spoke to me. A Google search turns up much more by her. 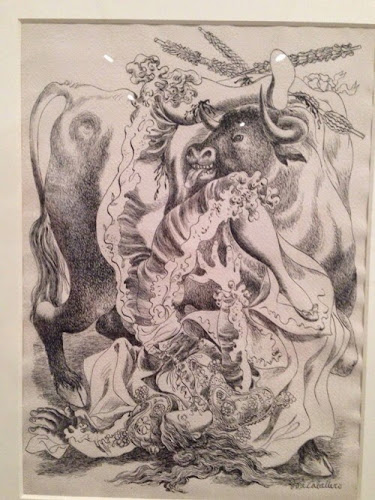 "The Goring of the Woman Bullfighter" by Jose Caballero. Reminded me of the wonderful Almodovar movie "Talk to Her" about the same subject. 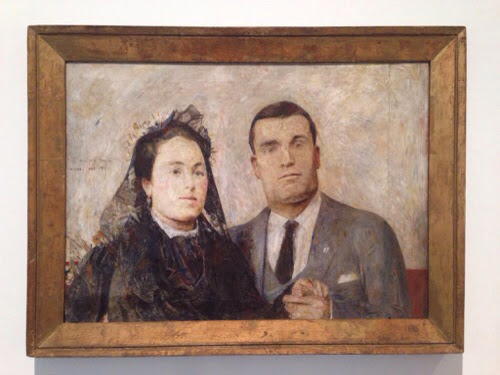 "Antonio and Carmen" by Antonio Lopez. Something very touching about this double portrait. 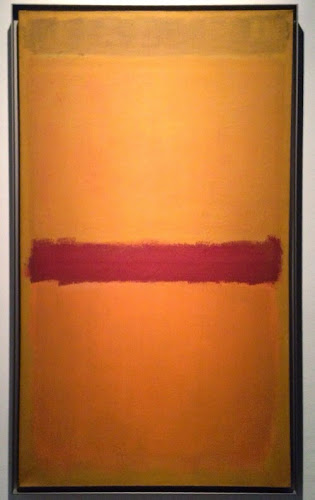 And what a treat to see good old Rothko in Spain and such good Spanish colors!

When my brain could absorb no more and my feet were rebelling, we stopped and had lunch in the museum's space-agey cafe. 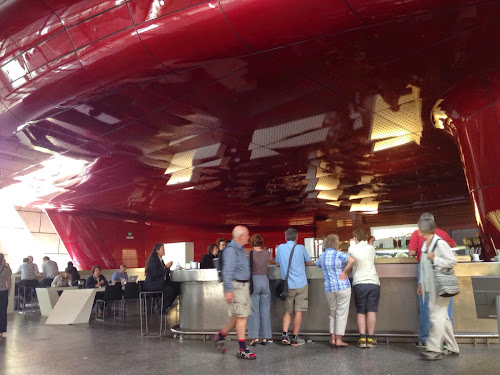 This evening we met up with Keiko, an old work colleague of Ray's who has been hiking the Santiago de Compostela trail and was in Madrid today—Would not have connected at all except that she posted where she was on Facebook. The three of us went to the fabulous San Miguel Market where you can pick up small plates of prepared food to eat on the spot, or shop to take home. 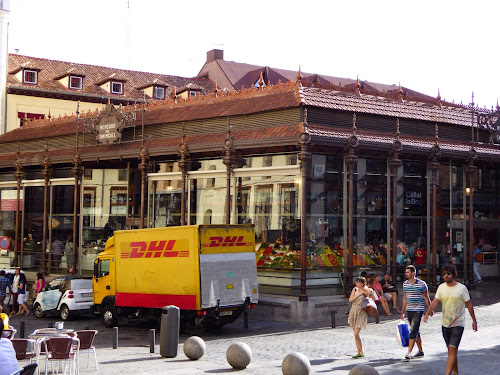 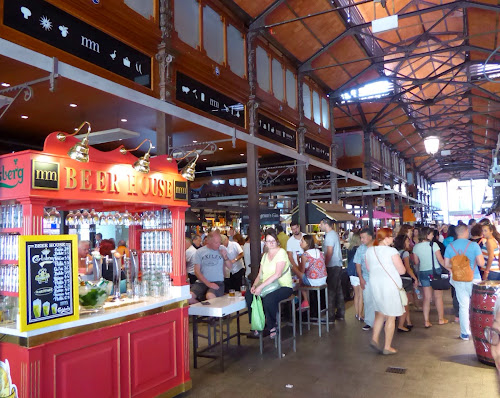 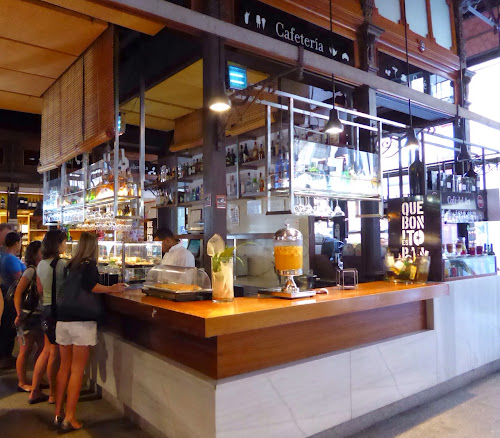 You pick up your little plates and a glass of wine and find a spot at the crowded little tables in the center of the market. As luck, or fate, would have it, we ended up sharing a table with a couple of delightful guys—American Craig who is an IT guy (like Ray and Keiko) for the US State Department, and his French friend, Patric, who is a restaurant owner in Paris. The food was delicious and the company and conversation was great. At one point Patric, in his charming accent, gesturing around our table and then toward the multicultural throng in the busy market, said, "why can't the world be more like this..."

Tomorrow we are off to Granada.

Posted with Blogsy
Posted by Terry Grant at 2:34 PM